Style Comeback: For the Love of Lugs

My older brother inherited my father’s lugged-steel racer when he was 15 and just tall enough to touch his toes to the floor from the saddle. I was intensely jealous – it was a stunningly beautiful machine.

I say “was” because, at the age of 19, my brother rode it under an articulated lorry and the steel frame was bent beyond repair. Unfortunately, my brother survived without a scratch.

A few years before the accident, to placate my jealousy, my parents bought me a lugged, steel framed Peugeot Racer, minty sky blue with sunset chevrons. And my brother and I quickly set to business racing time-trials around our town’s segregated cycle network.

I was convinced my brother had the advantage because his bike just seemed better made to me. There were a fair amount of lugged joints on my Peugeot, but my father’s bike had more attention to detail. Every beam of steel capitulated with a miniature work of art. 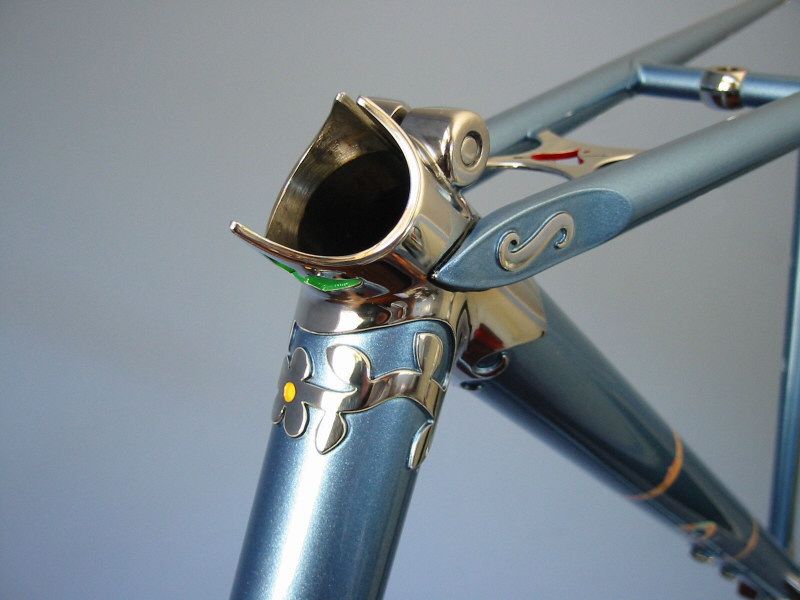 Much is made of the idea that steel is somehow a “better ride” or wiser investment than other frame materials – more comfortable than carbon and capable of taking a few knocks without having to be discarded. Supposedly a more pliant ride than aluminium, and better for your joints than titanium.

Maybe it is and maybe it isn’t, but one thing’s for certain. The lugged steel frames are a marvel of engineering and have proven to be very rideable even after decades of high mileage. Much of it aggressively competitive, I’m sure.

Riding a lugged steel frame instantly reconnects the rider with the history of the bicycle… with Eddy Merckx, Jacques Anquetil, and Fausto Coppi. And maybe that’s the appeal that seduces bike lovers into spending their fortunes on lovingly restored classics.

Lugs are enjoying something of renaissance thanks to exciting new manufacturers who have an almost spiritual relationship with the medium they’re working with – where every component that is machined is required to meet high aesthetic, as well as practical, ideals.

It’s no wonder that the lugged frame has endured, and in a world eager to reduce waste, many environmentally conscious cities are embracing a technology that was forged with passion and designed to last. And that’s why We Love Cycling loves lugs, and always will.