As I travel a lot, I meet many foreign bikers who ask me about riding in my country. The guys are usually interested in the mountains as well the best spots and trails we have in the Czech Republic.

The most important fact is that you’re allowed to ride almost everywhere except protected areas, which means you can enter forests and use hiking trails as much as you want unless it’s explicitly banned by the law. 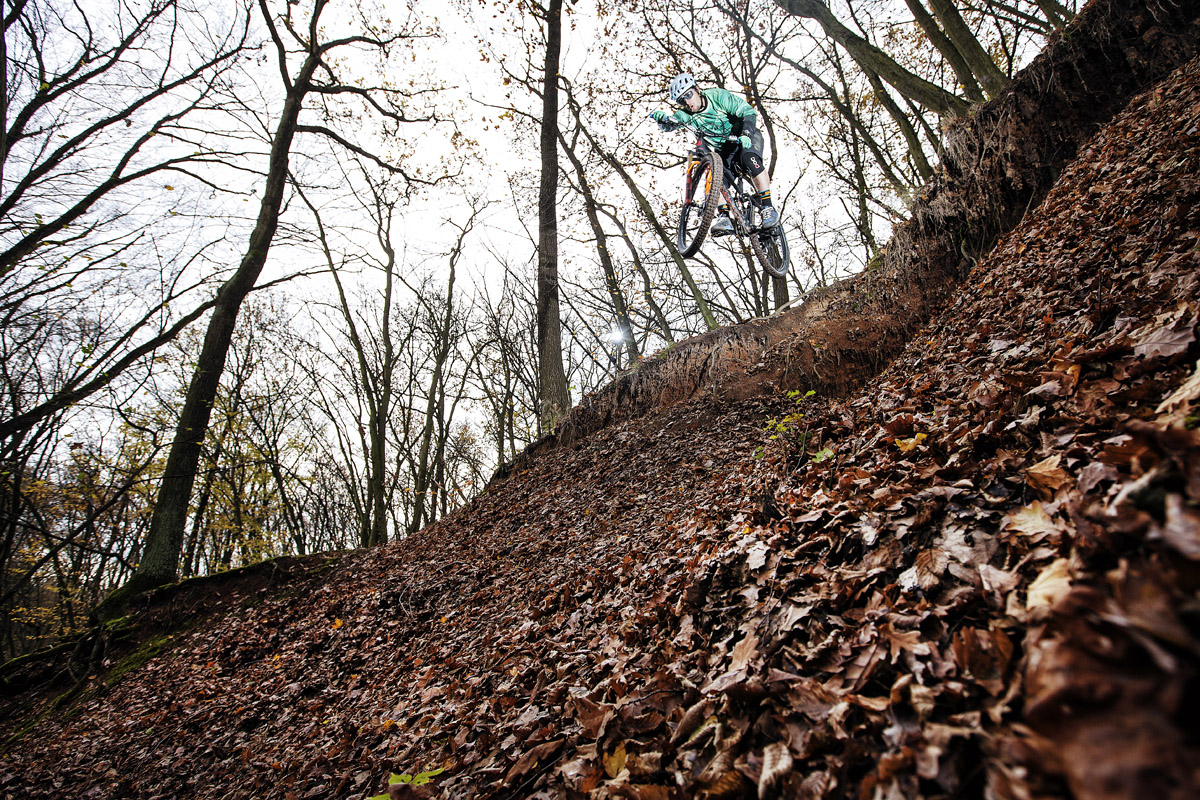 Apart from open paths, you can find trails built by bikers especially for the purpose of mountain biking. Most of them are kept secret but if you get in touch with someone on social networks before visiting a specific area, the locals will probably guide you through their playground and show you their best spots. With the growing popularity of enduro biking, the old drops and huge jumps are slowly getting swallowed by vegetation or incorporated into new trails. 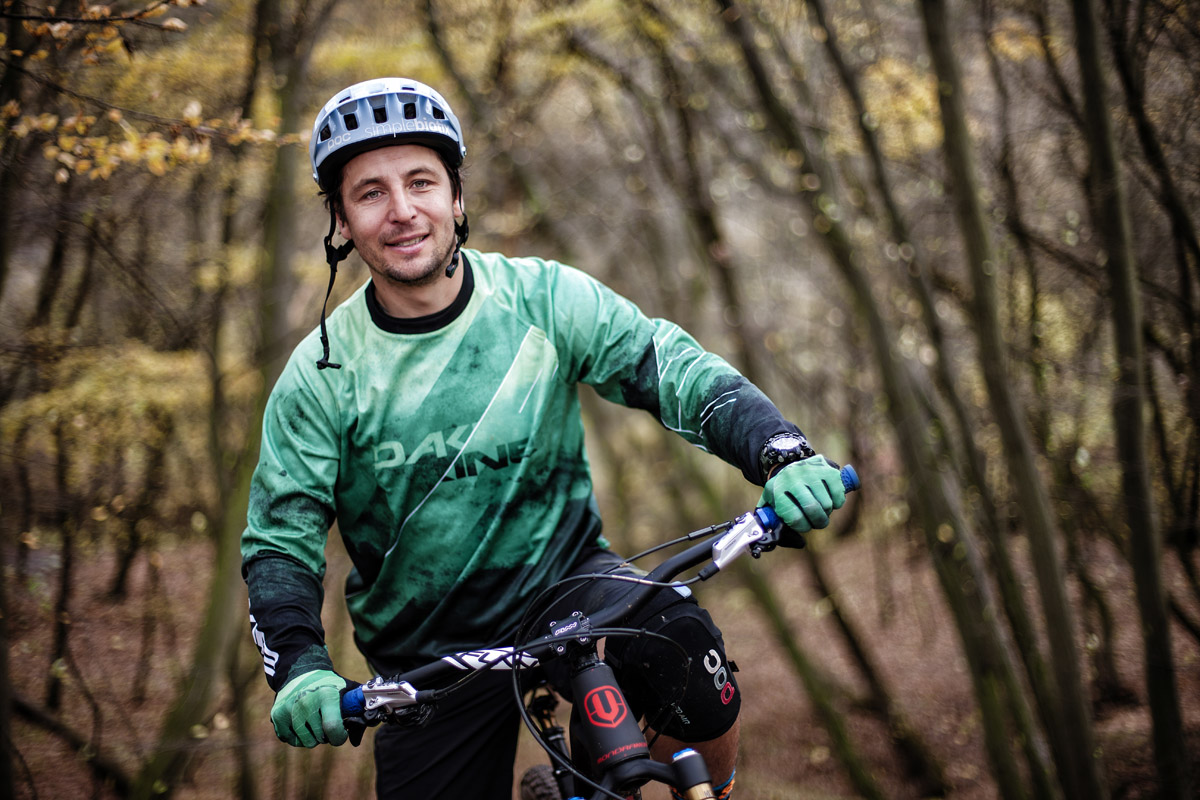 Recently, many new official projects, like the constructions of bike parks or trail centres, have been launched, and some have already been successfully finished. Most of them can be found under the canopy of the trees in mixed forests, which offer a pleasant shelter in the summer. One of the most famous and popular resorts is called Rychlebske stezky (The Paths of the Rychlebske Mountains). Luring visitors even from surrounding countries, it’s an absolutely amazing place and a must-see. For more info check their website.

Where I live: Radotin

From this suburban part of Prague, you can reach downtown in only 17 minutes by train. I live here with my wife Tereza and our 3-year-old daughter Eleanora. We share the house with my wife’s family. On the ground floor, there’s a bike shop owned by Tereza’s father Josef with tradition since 1892. Right from the doorstep, I can get on the trail leading to the highlands of Brdy. Most bike trails are over 20 years old and remember the time when local hero Franta Mrazek cruised the woods with a shovel in his backpack. 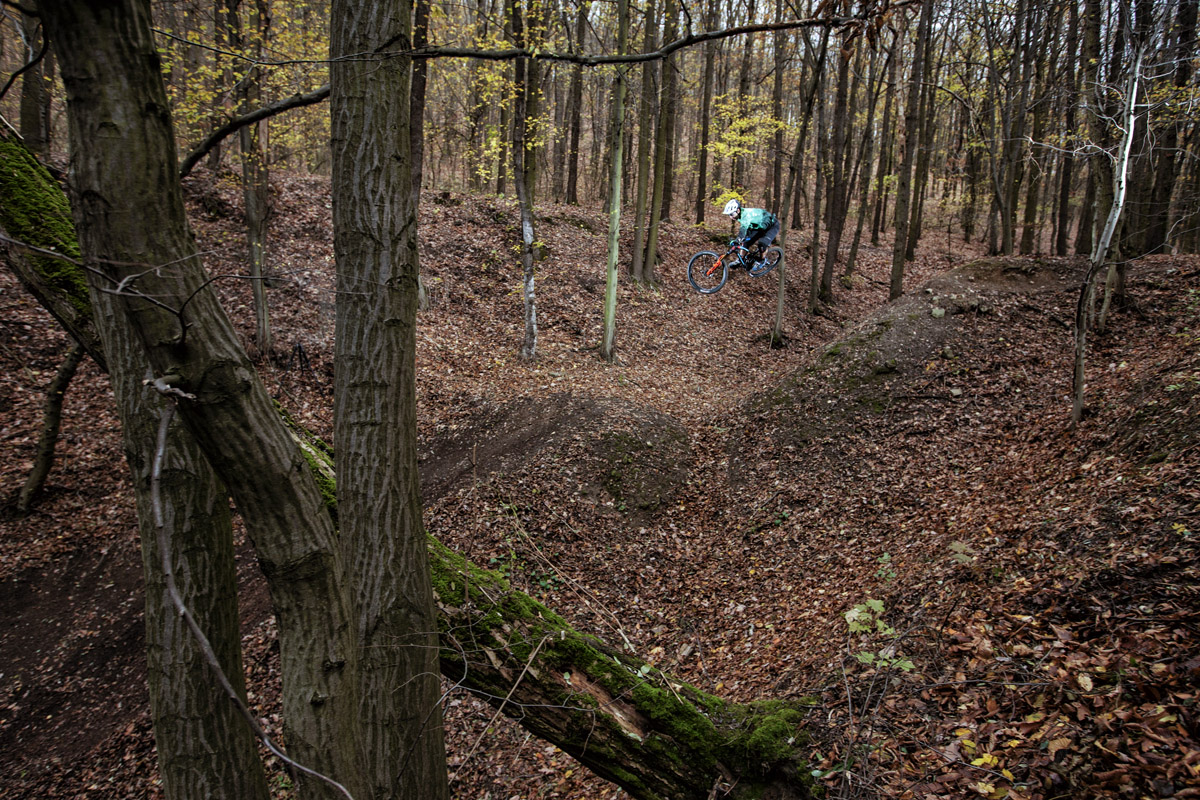 Some of the trails are still in a good shape and are really fun to ride. The nearest spot is about five minutes away from my house, so I can set out just with a light gear. All of the trails lead to the village of Karlik. In the valley close by, there used to be an old but gnarly freeride line which I’m tempted to remove dust from and renew. Even in the most difficult parts, my Mondraker Foxy bike feels as good as my old downhill bikes.

Where I come from: Jirkov – Chomutov

The town, originally founded by German settlers living in Bohemia, is approximately an hour’s drive north of Prague. My heart still belongs to this region, and it’s not only because my parents live here. My father helps me assemble new bikes, and I try to engage him as much as possible to keep him in a good shape. I also have many friends here who I’ve known since I became a member of the local BMX club. 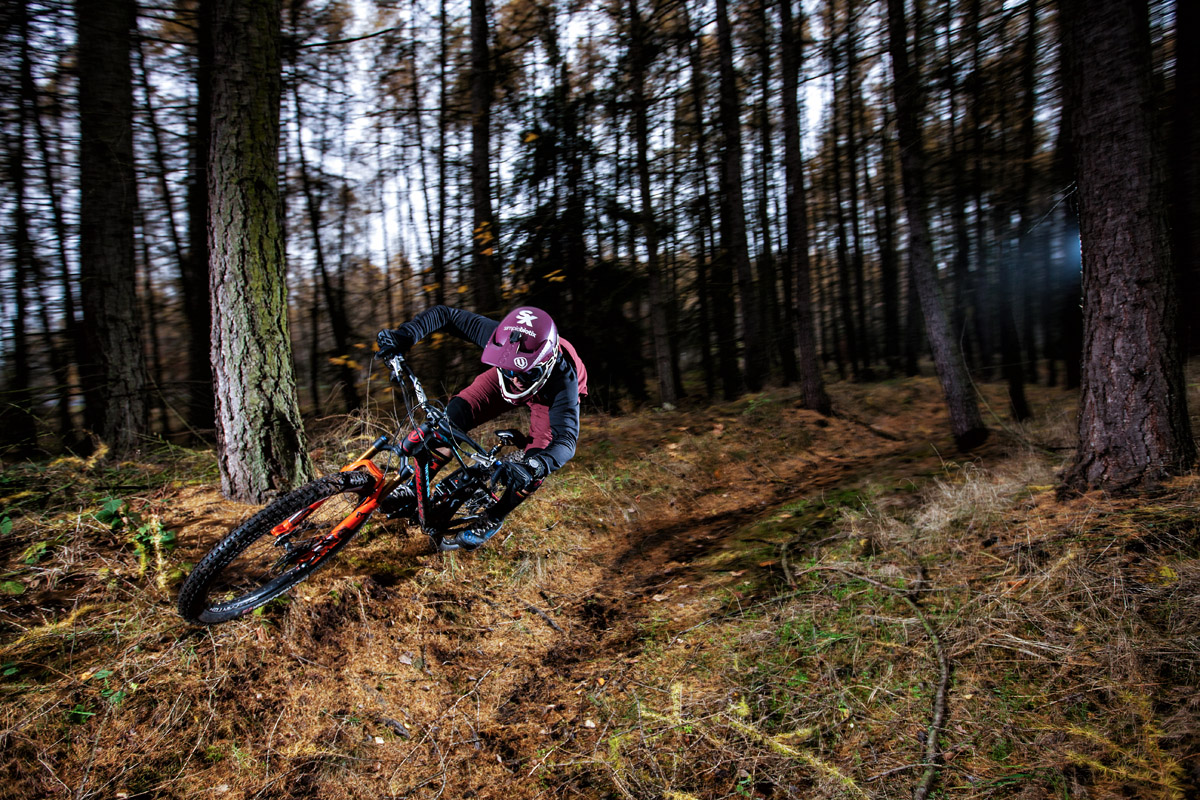 Through the window of my flat, I have a magnificent view of the ridges of the Ore Mountains, and the closest chairlift is only a 15-minute drive away. On the borders of the town, there’s a brown coal mining area. Even though it is forbidden to enter the area for safety reasons, I used to spend hundreds of hours there as a child, training for the Red Bull Rampage that I had been taking part regularly from 2002. However, these days, it’s much harder to get there as the security guard got much quicker vehicles.

That’s why the local MTB crew has been building trails in Bezrucovo údolí for a couple of years now. The starting point is easy to reach by car just in half an hour, so we can shuttle if someone sacrifices for the others and drives. Even though the lines are pure downhill mania, my trail bike works flawlessly on them. It flies like a bullet, and I feel that I can spend as much time in the air as I want. I’m not sure how come me and my bike are such good mates – maybe it’s because the bike itself looks like a piece of art.