A 43-year-old French rider found to have been using a hidden motor in a race near the city of Périgueux actually attempted to evade officials wanting to question him. The man identified as Cyril had a puncture with four laps of the race remaining, and when he noticed he was being watched, he promptly returned to his car and drove off.

Former pro Christophe Bassons jumped in his own car and went on pursuit. He luckily managed to get the man to stop and checked his bike.

“I asked him if I could try out his bike. He was a bit surprised by that. I then lifted out the water-bottle and noticed the electric wire,” Bassons told L’Équipe.

The Frenchman is now set to be charged with sporting fraud by the magistrate in Périgueux.

Classic 🇫🇮 “Sorry sir the hotel is overbooked, I can offer you a Sauna and a €17 voucher” Oddest hotel room ever 😅 pic.twitter.com/tcPXCqRfFg

Reunited with Smudge, the most beautiful obese cat in the whole world 😍😍😍😍 pic.twitter.com/wUW7xOycki

Stolen Bikes in England and Wales

This interesting infographics designed by Chantilly Jaggernauth shows a growing trend in bike stealing in the recent years. The top theft area in England and Wales according to data.police.uk is parking spaces, and the most dangerous month seems to be October. So watch out in the next few weeks! 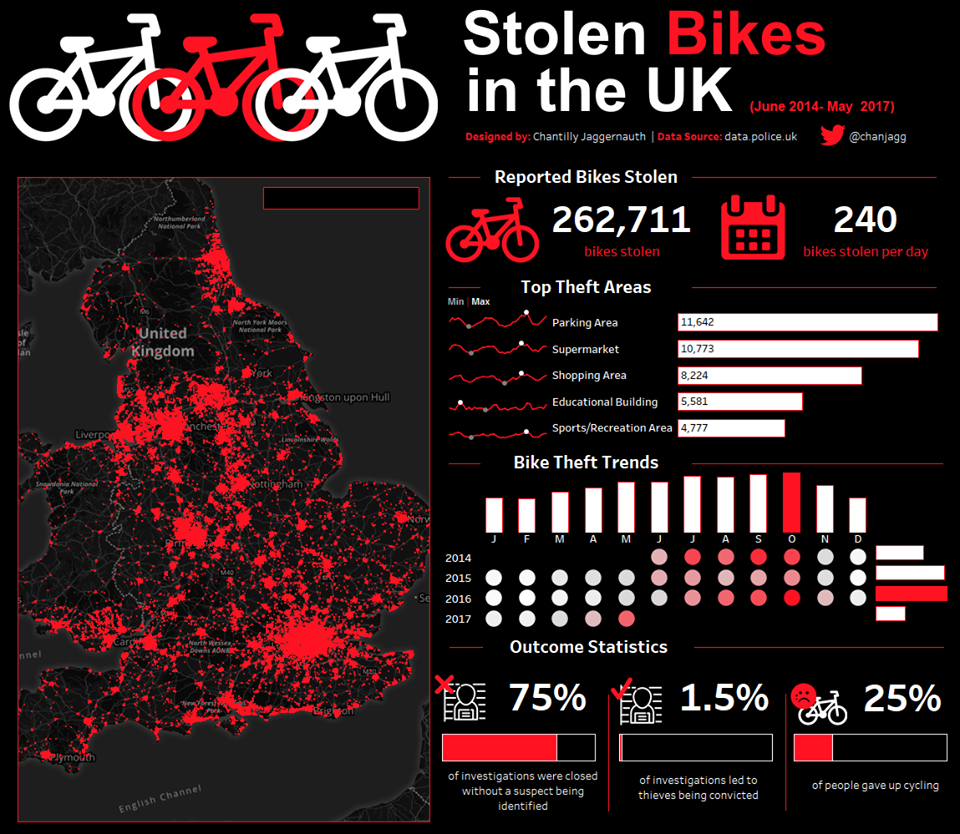 We all know that, Mark

For 3hrs now, all my weather apps have said it’ll stop raining within an hour here in Italy. It hasn’t. Looks like a wet ride’s happening 🙄

Baaaaaaaaahahahaha 🐑 – I can't stop watching the video of these sheep I saw yesterday pic.twitter.com/9vrSNRzw2U

4 Foods You Should Always Have Within Your Arm’s Reach