We’re all susceptible to what our bodies tell us. When there’s a strange pain or sickness, our bodies are hinting at us that there should be something done about it. But what if you can’t quite place the condition you’re experiencing? And more importantly, what if you’re in the middle of a 3,000-mile (4,828 km) nonstop journey at the very moment? 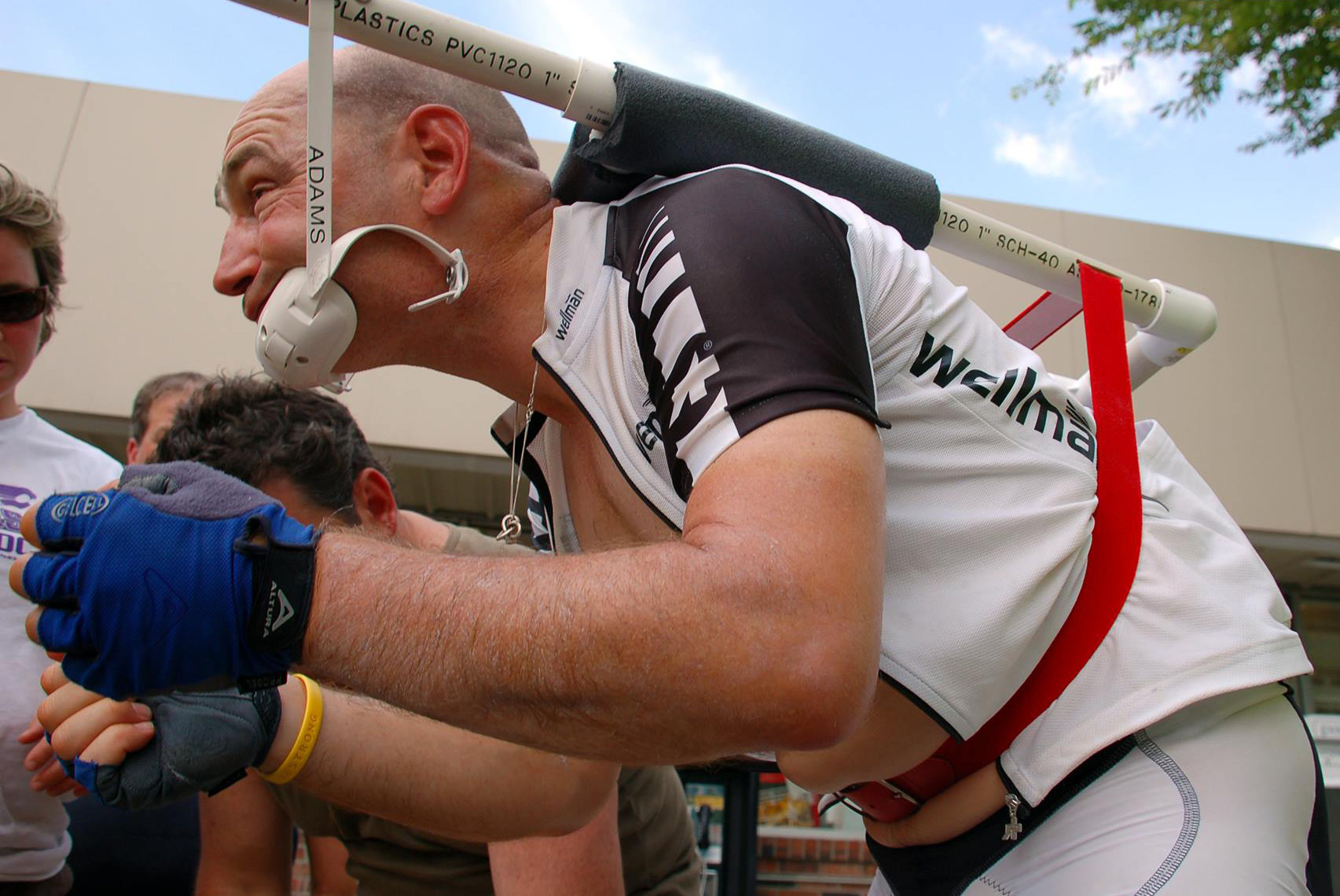 Paul Danhaus was about 1,000 miles (1,610 km) into Race Across America (RAAM), a rigorous ultra-distance event spanning between Oceanside, California, to Annapolis, Maryland, when he felt a strange sensation. While riding the plains of Kansas in the 2009 edition of the race, his neck simply started giving up on him. “I just remember I was having trouble keeping my head up. I was thinking ‘Geez, I must be tired.’ And then it dawned on me.” Danhaus was having a case of Shermer’s Neck.

Simply put, Shermer’s Neck is a condition where the neck muscles fail from fatigue and can no longer support the head. It is not gradual either; after feeling the first symptoms, the neck will usually stop functioning within two hours. Danhaus’ neck gave him one-hour notice before leaving him with a flopping head with about 2,000 more miles to go in the race. RAAM has quite the history of cyclists affected with this ailment. Nowadays, the winners typically finish the 3,000-mile race in about eight days while getting an average of one hour of sleep a day. What started as a journey of four men in 1982 evolved into an exclusive endurance adventure that attracts hundreds of riders. One of the first four men, who raced the inaugural event from Santa Monica to New York City, was Michael Shermer. He survived the first year without an accident but year ’83 saw him suddenly unable to hold his head up and he had to prop his head with the palm of his hand to continue riding. And thus the Shermer’s Neck condition was born.

It’s quite the rare thing to happen but it’s been proven that it affects cyclists riding between 500 and 1,000 miles in nearly a single take, so the participants of races such as RAAM or Paris-Brest-Paris, a famous 1,200K brevet (745 miles) in France, are at greater risk of being ambushed by Shermer’s Neck. Although it caused Danhaus some inconvenience, he was determined to see the finish line. Being 60 at the time, making him the oldest 2009 participant, he managed to get his crew to shift his aero bars above his handlebars, cover the tops with toilet paper, and duct tape it into a desirable shape, so he could put his chin onto this DIY brace and keep riding. In his case, there wasn’t any pain involved and he described it as more of a bizarre than crippling condition. Danhaus finished the race in 11 days, 11 hours, and 51 minutes. 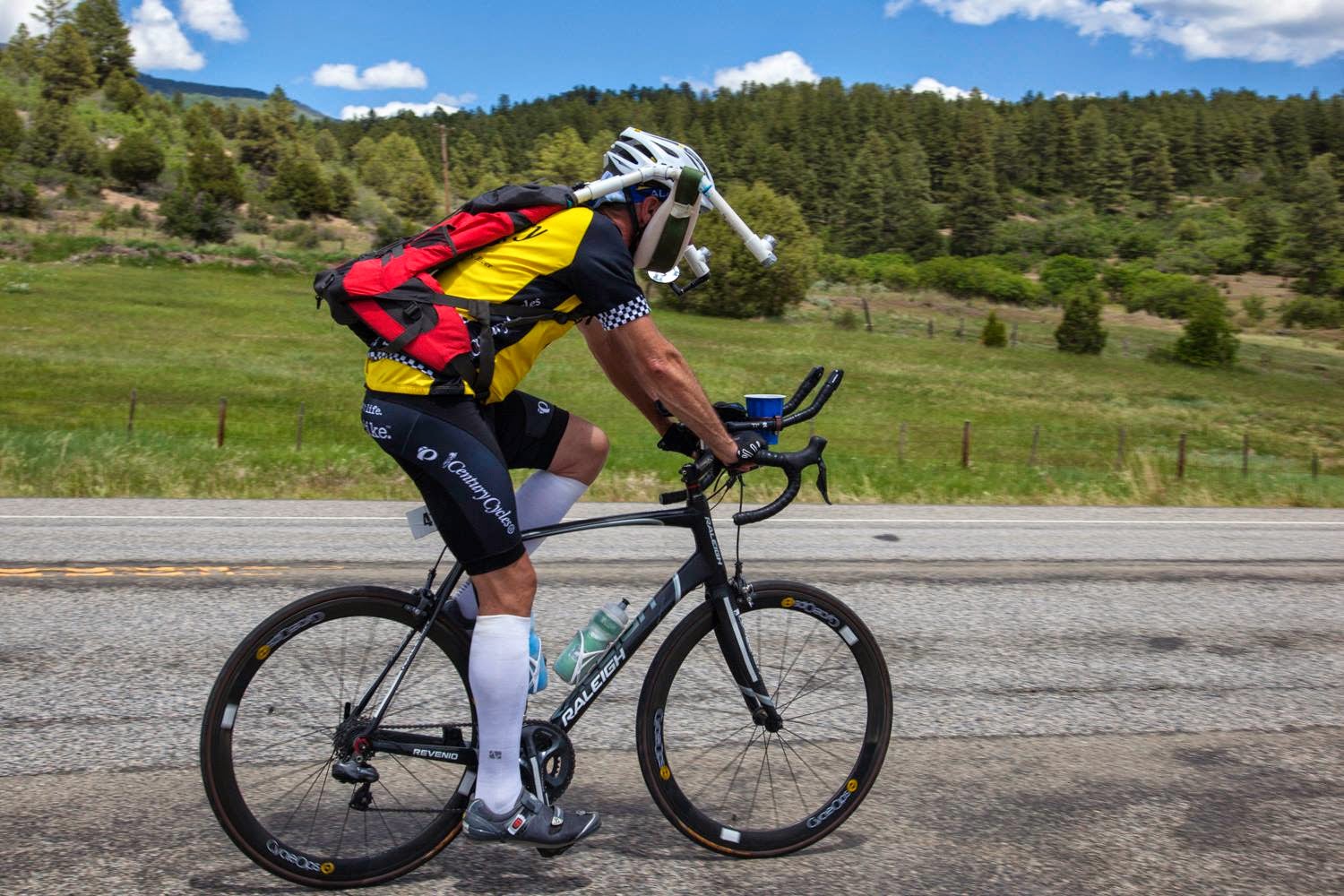 Quick Google search gives us a few more peculiar solutions to work around the condition. A brace that’s wrapped around the cyclist’s torso, with a metal pole that goes up the cyclist’s back and attaches to the bike helmet. Duct tape braided into hair of a female rider, then attached to her bra or heart-rate monitor. Drug store whiplash neck collars. PVC piping construction strapped to head and back. And many more. Nutrition for Women – A Healthy Relationship with Food