With the “Shut up and ride” motto painted on the back door of his van, Greg Herbold travelled through the United States and won as many races as you can imagine. In 1990, at the age of 24, he became the first UCI Mountain Bike World Downhill Champion in the history and virtually entered the hall of fame of this new-born sport.

Most of his fans remember him under the nickname “H-Ball” or simply HB (standing for Hair Ball). The versatile rider, who succeeded both in downhill and dual-slalom, was known for his dyed, rock star-like haircut, eccentric sunglasses, a helmet with trendy motocross visor, and a colourful racing jerseys. He represented everything the crowd wanted from a hero. He was incredibly fast, stylish, and competitive but apart from that that he was always in a good mood, doing crazy things and sending smiles in the all directions.

Missy Giove: “The Missile” That Had to Be Stopped

He said his basic philosophy of downhill racing was to go as hard and fast as possible and hope you don’t crash. “At the start of the race I concentrate on putting my energy together, relaxing and exploding when the guys say: ‘go!’,” you can hear him explaining in a YouTube video taken some 25 years ago.

Generally, this was a great time for mountain biking because back then the fast growing sport was regarded as an extraordinary lifestyle of fearless young men coming from a similar background as snowboarders, skateboarders, or freestyle BMXers. There were no special action sports’ TV channels yet, so the rare clips depicting crazy stunts of any extreme athletes, broadcasted by channels like MTV, were met with a great joy by their audience.

The Greg’s story comes along with the story of the MTB as such because he was at the right place in the right time. Born at the outskirts of Denver, he moved to Durango, Colorado, for studies just in the period when the resort turned out to be one of the most inspiring places for mountain biking in the States. Every Wednesday afternoon, a huge race that attracted hundreds of fans from the neighbourhood was organised there. Everyone wanted to have a fun and there were no limits and no strict rules about what is going to happen. The disciplines were not yet established and so the participants competed both in cross country and downhill. It was clear that anybody who wanted to enjoy the downhill ride from some of the nearby peaks had to climb them first. 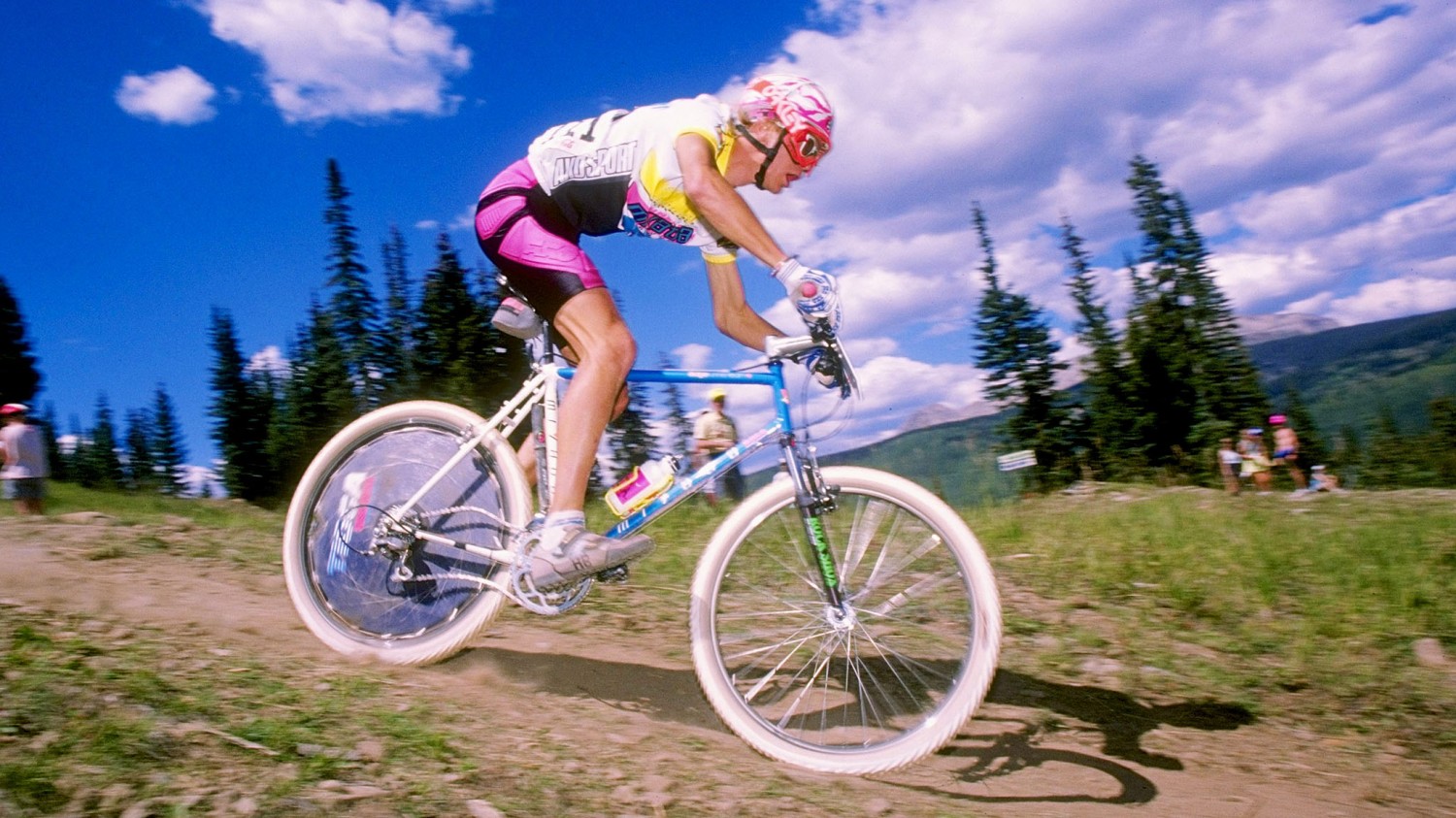 Greg was doing well and so got some offers early on from potential sponsoring companies that were finding their way into the sport, including Honda, IBM, or the Japanese bicycle manufacturer Miyata, which was about to change Greg’s life very soon.

The first contract wasn’t a great deal – Greg got a bike, two pairs of shorts, two T-shirts, three caps, two pairs of gloves, and four spare tires. However, Greg was smart and he knew that Japanese would buy a lot of bikes but they had no significant experience in building them. And so he sat down, wrote his ideas about the delivered bike, and faxed it to Japan. And it worked! Greg became their first factory test rider with a regular salary. Still, this was only a prelude.

The Hans Rey Story: Did Somebody Say Impossible? ‘No Way’!

In 1989, Greg was touring Europe with his team when he introduced to hot news from the US mountain biking industry: the Rock Shox suspension fork developed by Paul Turner, a device that should change the riding once and forever. Although the suspension was not Greg’s idea, he helped incredibly to improve it and promote it as he became the Rock Shox (later SRAM) company’s test rider and spokesman for 25 years to come.

During the unofficial World Cup in Belgian Spa in 1989, a press conference was summoned to announce that a regular UCI World Championships in cross-country and downhill disciplines will be held next year. Location: Durango, Colorado. It was a real breaking point in the history of the sport.

Even though it was clear to Greg that such a freaky entertainment would inevitably become a professional sport, he could hardly expect that mountain biking would take part in the Olympic games, or that more than 500 kilometres of MTB single trails would be built in Durango. He didn’t know that his personal passion would grow into a multi-billion-dollar business that would capture millions of people, or even that he would become the world’s first ever MTB downhill champion in front of his home town crowd in Durango in 1990. This all happened and now we know that without Greg it probably wouldn’t be the same.

The Transcontinental Race – Can You Cross Europe on a Bike?