Soma Youm is a devoted road cyclist who decided to accomplish 10,000 kilometres on her bike this year. While some […]

Soma Youm is a devoted road cyclist who decided to accomplish 10,000 kilometres on her bike this year. While some people don’t achieve such an amount even by car, Soma’s remained determined. Since the beginning of the season, she’s been riding on daily basis, and almost every weekend she has joined her friends for a longer joint ride.

This year, she already cycled around Mount Fuji in Japan or circled Vancouver Island in British Columbia. During summer, she also managed to ride on famous European cycling routes, such as the one from Passau to Vienna, or from Munich to Venice. However, it has not been enough so far. To reach her goal of ten thousand kilometres, there are still some hundreds missing. 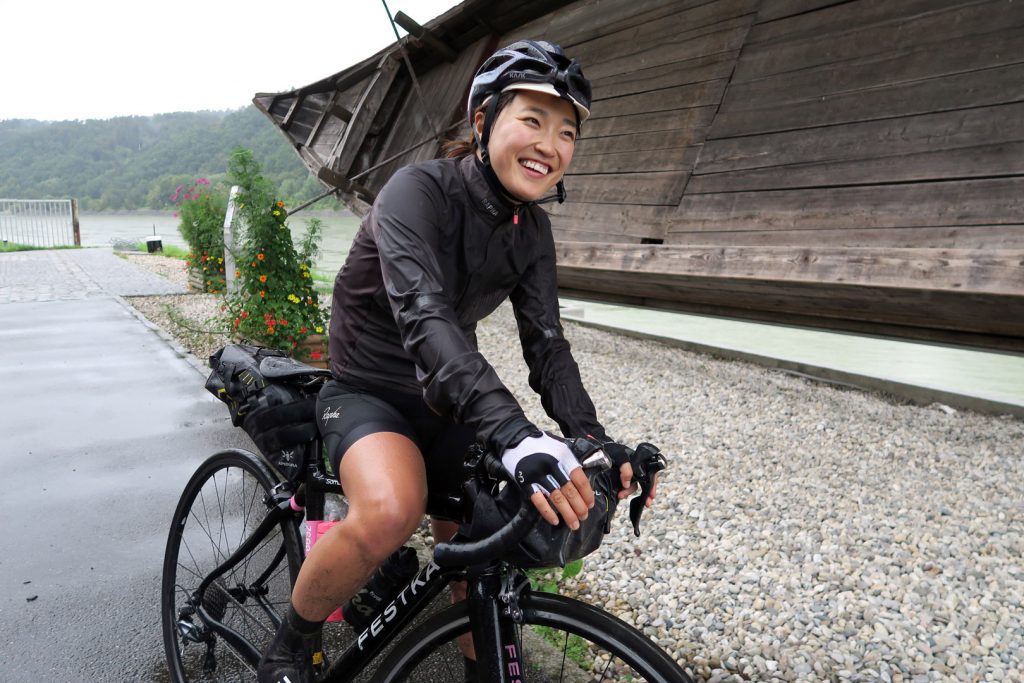 So how to accomplish the set goal when the late autumn days are now shorter, and outer conditions are not favourable as it either rains or the temperature drops to zero? Well, it’s time to hit the indoor trainer.

There are many different kinds of trainers that vary mainly in the mechanism that provides resistance when the pedals are turned. You can choose from wind, fluid, magnetic, centrifugal or some other systems. A few trainers pivot on an articulating base, which means you can pedal standing while leaning the bike from side to side just as you do on the real bike. With modern devices, you can also alter resistance thanks to adjustable power on a virtual training app or software.

“I’m using Wahoo Kickr smart trainer. I bought this because I know it’s what Team Sky was trained with, and it can simulate outdoor conditions. Unlike many older types of trainers, it doesn’t damage the rear wheel of my bike,” Soma says. 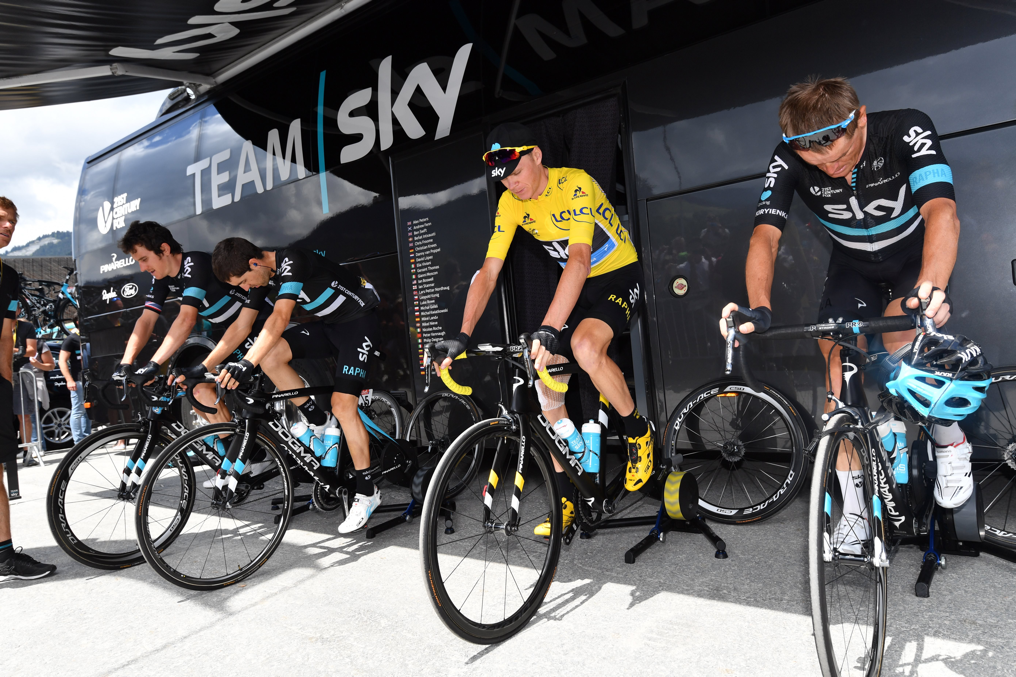 The term “smart trainer” points out that you can connect the device to your smart phone not only to get precise feedback on the data, such as your speed, cadence, heart rate or output power, but above all to sync it with a virtual training environment. This way, you can pedal in the warmth of your flat, and instead of watching Sex and the City on television you can enjoy the feeling of riding on 3D-digital roads.

Everything around you is moving, including cars in the streets, and thanks to the connection between the trainer and the smart application, the screen is responding even to your speed, which means the harder you pedal, the faster you go through the virtual reality. With some smart phone apps like Zwift, you can even socialise with you real cycling friends on virtual tracks worldwide.

“I use an application called ‘FulGaz’ to simulate outdoor riding conditions, although I wanted to try ‘Zwift’ so I could ride with others virtually. Unfortunately, Zwift only has a PC version at the moment so I’m waiting for their iOS version,” Soma says. 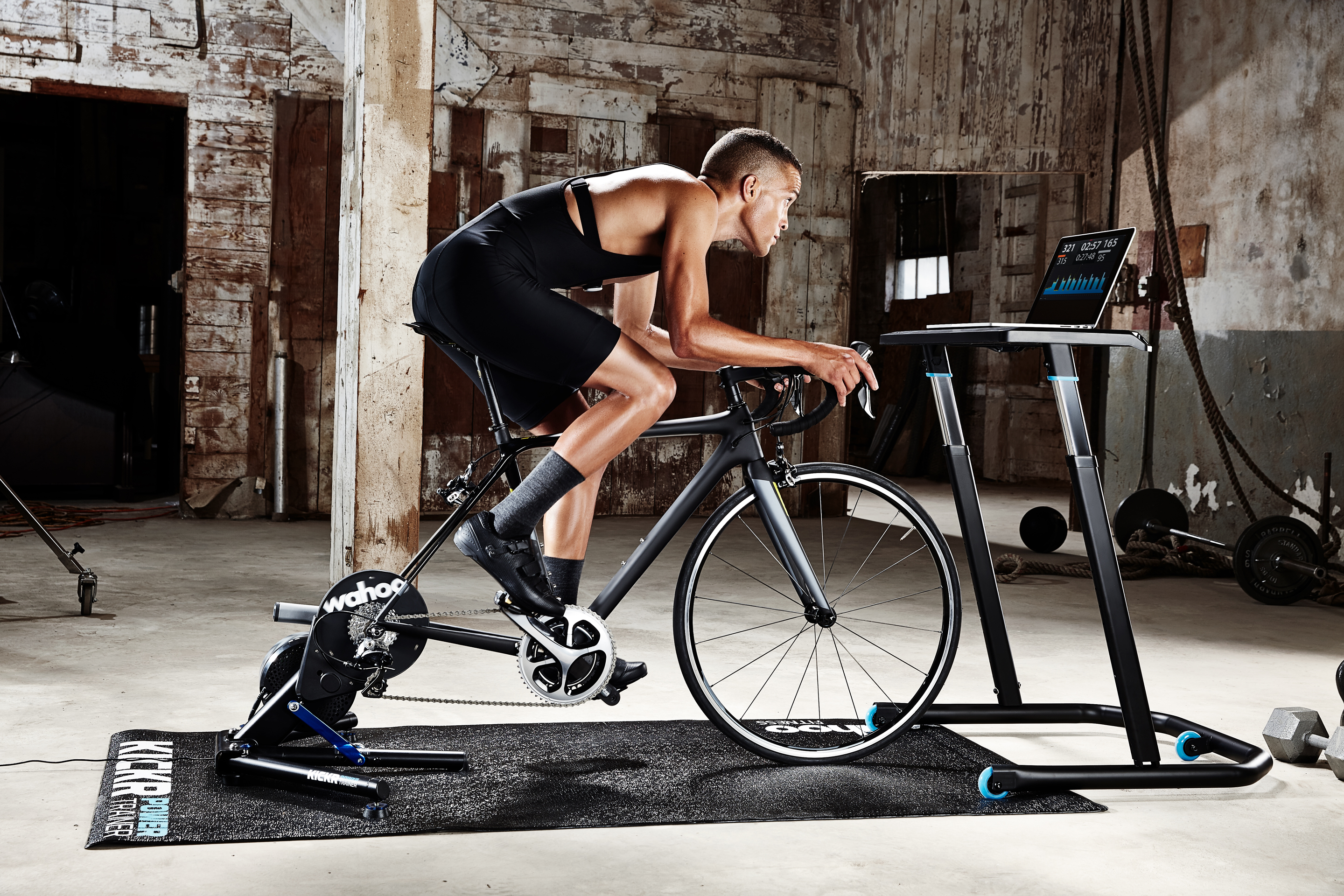 Even if you have an older type of classic trainer, your life doesn’t have to be deprived of the joy of virtual ride. You’ll just need a speed and cadence sensor or a power meter to connect to the training app.

If you think that indoor training is rather similar to couch surfing than to real cycling, just try it out. While on your bike you can always idle or enjoy a time of effortless descending, on the trainer you have to pedal all the time. Most indoor cyclists agree that riding on a trainer can be more demanding than dashing through the countryside.

Whether you like it or not, the indoor trainers can widen the range of your training activities. In winter or in really bad weather, you may prefer running to cycling, but only spinning is the way to stay in shape for the next cycling season. Now you can choose – travel overseas to warm countries, or go indoors.

The We Love Cycling Guide to Indoor Trainers