4-49-14 for a 100-mile event is an impressive time for any rider, but from a 12-year-old? Joshua Tarling of the West Wales Cycles Racing Team accomplished an incredibly feat at a TT event in South Wales on Sunday. Translating to an average speed of 20.74mph, his results were good enough to place him 22nd among the senior category. With only one participant finishing under the four-hour mark, Stephen Williamson with 3-59-04, Tarling outperformed many highly experienced riders.

Having celebrated his 12th birthday in February, Tarling was initially planning to stop the trial after the first loop. He found himself feeling good following the first 50 miles though, so with his father at his side, he insisted on continuing. With family and friends present on the course with vehicles, he could have opted out at any point. He went on to complete the full length though, with an impressive time as well. Needless to say, Sunday was a proud moment for Joshua and his family. 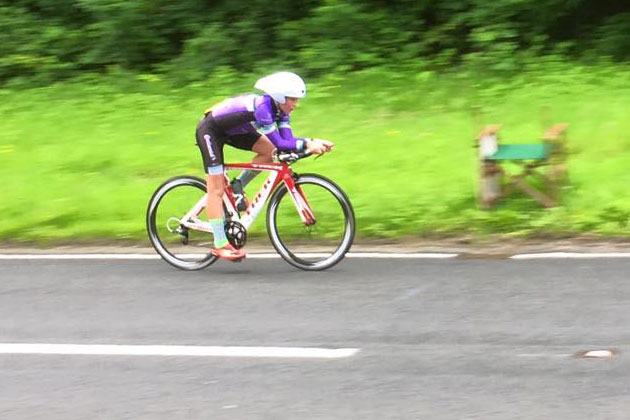 Earlier this year, Tarling set a 10-mile TT time of 24-55. He has also achieved notable results for his age group on the road over the past few years. As he continues to develop his skills, the end of May saw him winning the Maindy Flyers and Velothon Wales National Circuit Race. With a finish like Sunday, you can expect to be hearing a lot more about this kid. We’re excited to see young people playing such an active role in the cycling community and wish this youngster all the best!