Sweet Cycling Life with Roman “Scout” Levy: What’s It Like to Build Trails in British Columbia?

Some people love cycling so much they would sacrifice anything to fulfill their dreams. Roman Levy from the Czech Republic […]

Some people love cycling so much they would sacrifice anything to fulfill their dreams. Roman Levy from the Czech Republic has left his homeland and settled down in British Columbia, which is considered to be the Eden of mountain biking. How’s the riding scene there? And which places are worth visiting?

What‘s your mountain biking story? Do you remember how it all started?

Surprisingly, it’s not that long ago, so I still do remember. I used to be a winter sports person, used to chase the ‘pow’ on snowboard. In the summer of 2007 I saw two of my friends on downhill bikes and it was love at first sight. Few months later I acquired my first old school home-made downhill bike from the legendary Czech bike producer and designer Franta Mrazek. I saw a lot of new bike movies. Shortly after I left for Whistler, Canada, where I stayed till the end of the 2009 season. Then I’ve returned to the Czech Republic, but I definitely haven’t stop biking:)

Your nickname is Skautik (Little Scout). Where did it come from?

I used to be a boy scout as a kid. But my nickname is probably more related to a music genre (Ska) – I was and still am fond of it. Still, I would like to think that there is a part of the boy scout left in me and I am still helping people, or at least trying to.

You come from the Czech Republic, but you made a decision to move to Canada. You’ve even brought your dog with you. Why?

After I came back from Canada in 2009 I couldn’t stop thinking about it. Riding in the Czech Republic is great and there are a lot of awesome people there, but I felt like the Canadian mountains were calling for me. Every single day for almost 3 years I was thinking about it. It sure wasn’t an easy decision to leave both my dear family and amazing friends behind. About my dog Haku… well, it was a no-brainer, really. I knew I wanted to stay in Canada long-term, Haku shreds bikes with me since she was a puppy (and she is hands down the best trail dog ever). Also I really missed her that year I spent in Whistler, and I promised her I would take her with me to shred in British Columbia next time. So there was no other option. She would follow me anywhere.

Can you describe your favorite places in British Columbia to us?

I love it all! Haha, no really, there are so many different spots. I love the North Shore since I’ve started riding. And the fact that I am living here where it all started for four years just confirms it. Shore is steep and technical, very mentally challenging. There are still many features, which could scare any rider. But there is a huge network of new or renewed trails, which is run according to the new all-mountain trend. At the same time, I love places like Kamloops, which is quite the opposite, fast, flowing, and with big jumps. Or the Sunshine coast, which is like a combination of these two. There are many places I haven’t been to, yet. All the other places I have visited, like Williams Lake, Squamish, Nelson, Kelowna, Fraser Valley, are all my favorite, however.

If somebody decided to go to BC for a ride, would you give him some special tips?

Probably, depends on the type of the rider. Downhill racers would like to hit Bikeparks like Whistler, SunPeaks, and trails in Savona (Kamloops) and Pemberton. Freeriders prefer to visit Sunshine coast, Williams Lake, Kamloops bike ranch and Kelowna. Fans of All-Mountain/XC riding could go basically anywhere… definitely Squamish and Whistler Valley trails. Other not well-known but awesome spots are in Cumberland, Burke and Bear mountain, and just across the border in Bellingham, USA. 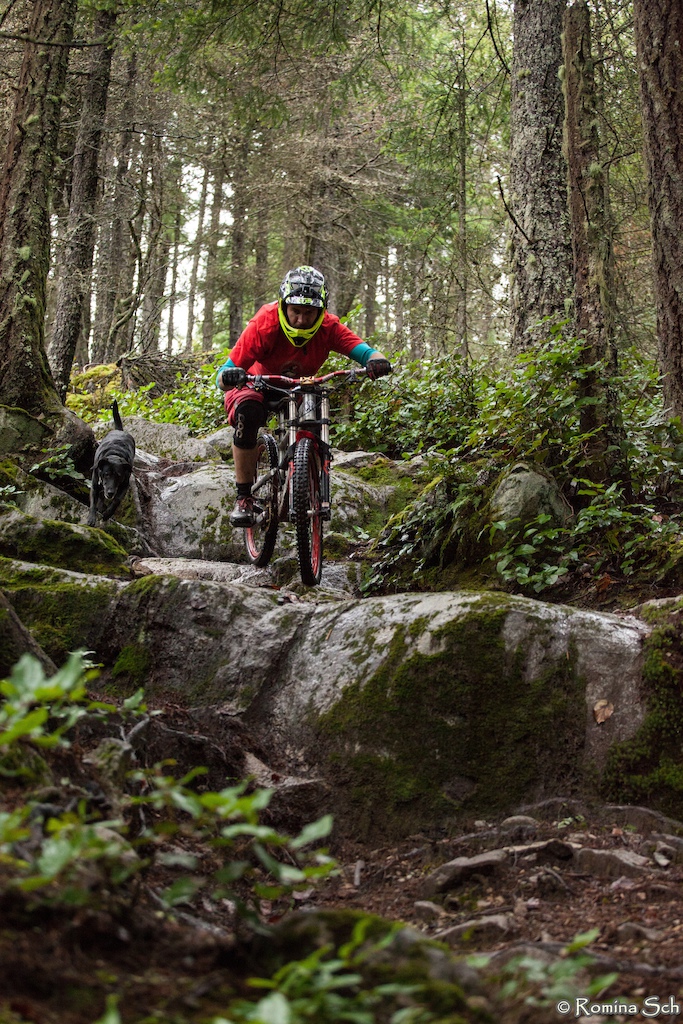 What would be the biggest surprise for a real newcomer?

The vast amount of locations, trails and mountain bikers. It still surprises me, even after all these years. The trail network is massive and it’s growing rapidly every year. Mountain bike associations are gaining much more recognition and are putting the funds into the trails. Squamish is literally exploding and a lot is happening in the North Shore, Whistler, Fraser Valley, and other places. 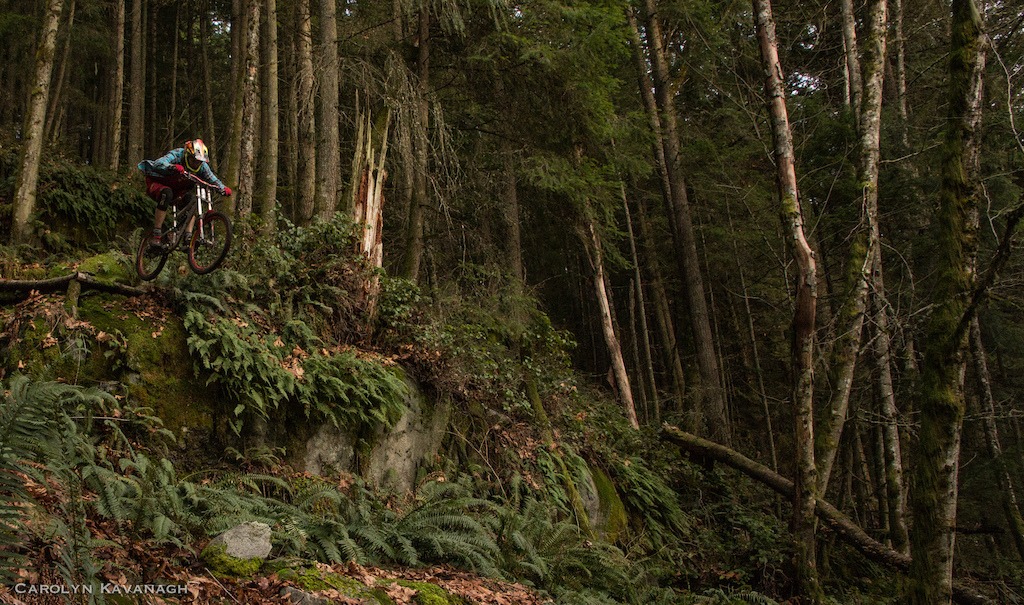 As I mentioned above, mountain biking is probably in its golden age now. As this is the place where it all begun, BC is a little bit ahead and setting pace and direction for mountain biking. Not all the changes are necessarily that great, though. Perhaps other biking scenes, which are little behind, can learn from those mistakes. Generally, the Canadian scene here is awesome. Bikes are great, trails are the best. And I am lucky that I am a part of this great community here at Sea to Sky. But with such a great boom there are also downsides. With greater numbers of riders there is a higher chance you can run into not-so-genuine person as mountain bikers usually are. From the ‘pinkbike scammer’ to a moron who rear-brakes through your favorite loam in the wettest day of the winter and gives you the finger when you point it out. Greater numbers also mean much more work needed to maintain the trails and parking lots. And some unofficial trails are being shut down due to unwanted publicity. Knowledge of the biking ‘etiquette’ is sometimes totally missing and people think it’s a great idea to stand in the blind landing, or ride a local loam in the wet or simply ignore the trail closure signs. Sometimes the whole mountain biking community seems to be in a fight with each other rather than standing united together. But that’s a rather global thing. The good still overcomes the bad and BC biking scene kicks ass in my numbers.

What if you get injured? Do you need to have some special insurance?

I am a Canadian resident, so regular health insurance is OK. However, it’s still a good idea to have some additional insurance, as sometimes I do things bit more riskier than just a normal “riding along”. But if you are a visitor, make sure you have adequate insurance and good policy covering your level of mountain biking skills. Medical bills are expensive anywhere in the world.

I’ve heard you are also building your own trails, can you tell us more about that?

Yeah I am. I love it. I’ve started back in the Czech Republic and built a short but fun trail on my local hill in Vsenory. That trail is still kicking, which is awesome. Now I am building on the North Shore, on spots where the trails have been built 25 years ago. Dreams come true if you want. The trail will be finished this fall, hopefully. It’s very time consuming but I think it will be worth it. 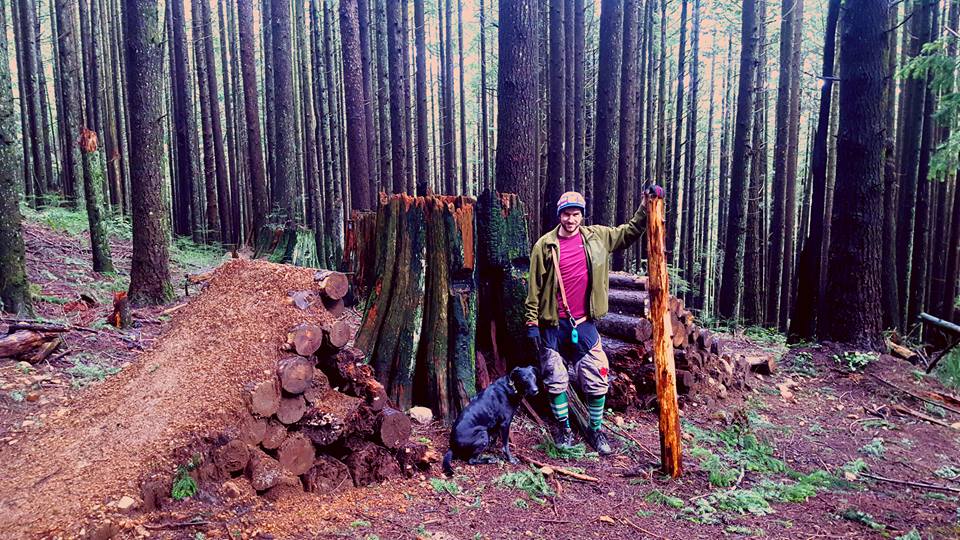 You nailed the famous Train Gap in Whistler. How scary was it? Do you know how many other people were brave enough to do it?

Oh man, very scary. I am not the youngest, you know (literally, I’ve become one year older while doing this interview). So, to stop thinking about consequences is harder and harder for me. There were not many people who did it before me. Before my attempt I looked up some statistics and found out some people ended up in a hospital after trying to jump over the rails. So yeah, putting on goggles and knowing you are about to drop in, that moment was really scary. Funny fact is that it seems I started some trend with that. Because after I did the jump it became really popular last summer and few riders went to try it. Including names like Remy Mettailer and Yoan Barelli.