Cycling from India to Sweden For Love

PK Mahanandia was born in the lowest caste. He was one of ’the Untouchables’ and as the result of that, […]

PK Mahanandia was born in the lowest caste. He was one of ’the Untouchables’ and as the result of that, people often beat him and even threw rocks at him. Charlotte Von Schedvin, on the other hand, was born into a rich Swedish family connected to the royalty. It seems almost impossible these two would ever meet, but they did.

The ’Holywood styled’ romance was born in 1975, when Charlotte finally managed to do the long wanted trip to India. At that time, PK was a broke art student, who got by through painting portraits of rich people and Von Schedvin ended up being one of his models.

PK instantly remembered the prophecy his mother told him many years ago. According to the palm leaf horoscope, he was supposed to marry ’a white woman from a far away land’, who was a Taurus. The family believed it so much, they didn’t even arrange marriage for him. A very unusual decision at the time.

So PK asked Charlotte about her zodiac sign and naturally, she was a Taurus. They both fell madly in love and became inseparable for the next month, but after that Von Schedvin had to leave and PK still had one year left of art school in India. 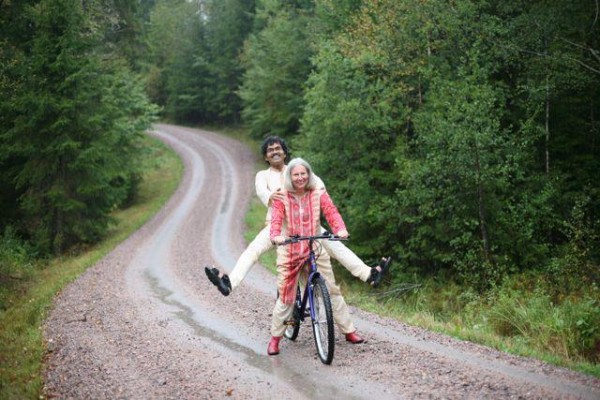 He was determined to see his love again though, and in January 1977 sent a letter to Charlotte, in which he described his plan to cycle to Sweden and marry her.

“When I was with her, I felt taller than the sky. I was no longer an outcast. It changed my attitude to myself inside,” said PK of his love for Charlotte in an interview for CNN.

Mahanandia sold everything he owned and, because only a Maharaja could afford a plane ticket at that time, climbed on his bicycle and took off. He chose the ‘Hippie Trail’, a popular route that stretched from India all the way to Yugoslavia in Europe. At that time the region was really safe, so the passage through Pakistan, Afghanistan, Iran and Turkey was no problem at all. In reality many hippie buses (hence the name of the trail) regularly departed from Western Europe for India using this route.

PK cycled up to 70 kilometers per day but admits he took lifts whenever it was possible. 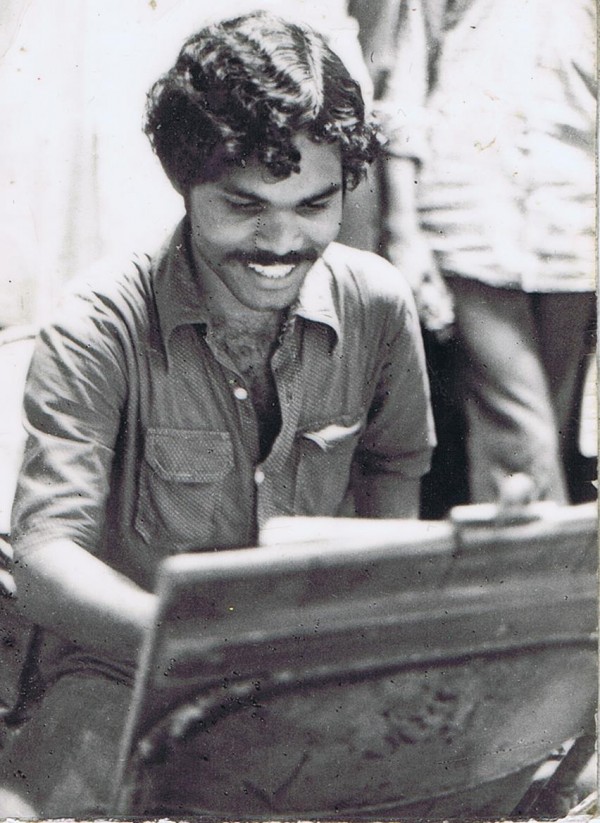 “I bicycled for love, but I never loved biking,” he said.

The whole trip took him just over four months to finish, but the authorities weren’t impressed with his achievement. They couldn’t believe Von Schedvin, who was of royal blood, would marry a poor guy from India and at that moment, even Mahanandia stumbled.

But Charlotte, on the other hand, didn’t hesitate at all, and drove down to Gothenburg to greet her new husband. And even though some suggested this might only be a holiday fling, forty years later, the couple is still together and very much in love.

Their story might be soon turned into a movie, as Bollywood director Sanjay Leela Bhansali is very interested in their story.