Three-time Fourcross World Champion and legendary Valparaíso downhill double winner Tomas Slavik came back to Chile to give it another try. Eager to win one more time, he spent the whole winter preparing for the longest and most fabulous of urban downhills.

Even though Tomas eventually did not succeed this year, he missed the gold medal just by four-hundredths of a second. Winner Pedro Ferreira was the only one who reached the finish line faster than the thirty-four-year-old rider from the Czech republic.

“That was a pretty hard day at work. It was an amazing race, and I was only 0.04 seconds off the pace at the end. I enjoyed every metre, though,” the Czech biker nicknamed Datel (“The Woodpecker”) commented on his second place.

Slavik won in Valparaiso back in 2017 and 2018 but a year later in 2019, he suffered a nasty crash during the ride after which he was left unconscious for five minutes. A GoPro camera broke off of his helmet after the crash and flew over a big wall.

“The front wheel slid in a tight turn and an invisible force catapulted me head-first towards a set of steep stairs,” Tomas says. 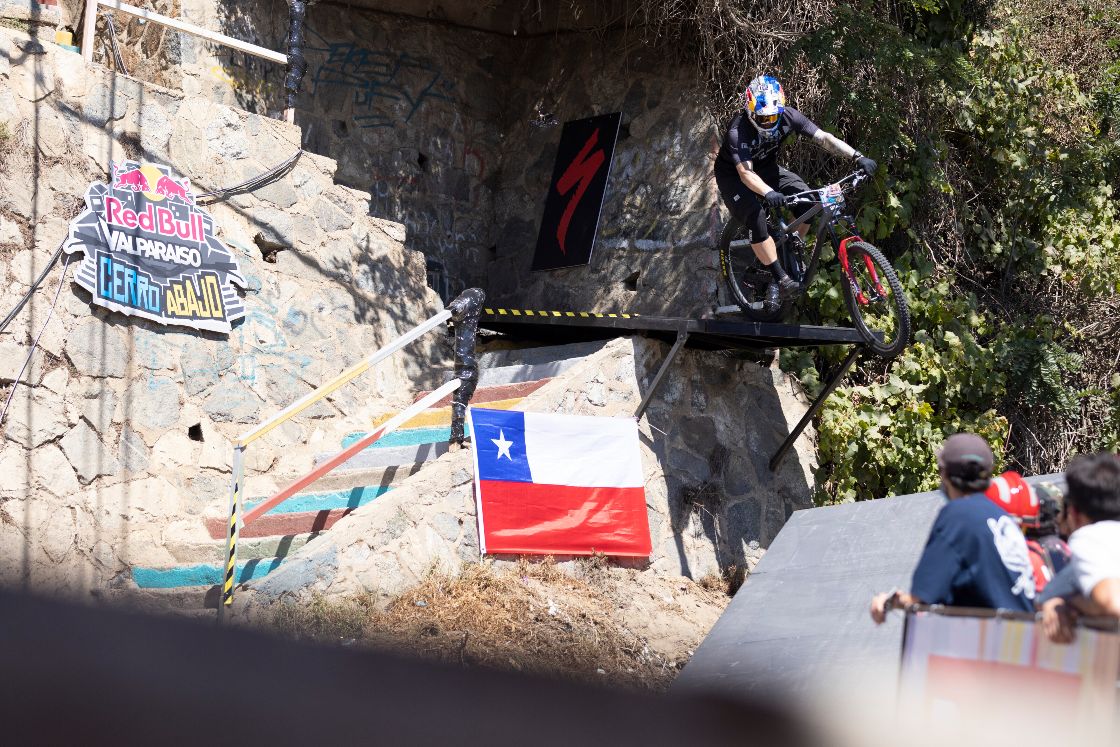 The race was cancelled the following two years, meaning Tomas could not compete. Once because of Chilean protests, known in Chile as the Estallido Social, and after that due to the measures following the Covid-19 pandemic.

The Red Bull Valparaíso Cerro Abajo, as the race is officially called, runs through the centre of the UNESCO-protected City on Chile’s west coast. Among bikers, it is considered the largest and toughest urban downhill in the world.

This year’s course was more than 2,400 metres long and the bikers descended over more than 1,600 steps and many artificial obstacles set up by the organisers. Riders reached speeds up to 70 kilometres per hour on the track.

With more than 5 million people watching the shows live on TV, all City Downhills gain a higher activation in South America than many global events, making mountain biking more and more popular in the entire South American region.

“Just in Chile, mountain biking is growing remarkably and sometimes it seems to me that every second truck in Santiago carries an enduro or DH bike to the trails. I witnessed immense progress among the community within the last few years,” Slavik says.

”Valparaíso is a special place. If you ride through the town, you can see stray dogs running around, walls covered with graffiti, and cool music clubs on every other corner. The entire city seems like a cultural paradise to me. The locals are kind and some of them even recognize me in the streets. The people of Valparaíso made me start learning Spanish and I promised them to come back next time and speak with them in their language,” Slavik promises.

The 5 Types of Mud Only MTB Riders Can Distinguish

The Seven Deadly Sins of Cycling