Climb Like the Pros at La Vuelta: Experience the Grand Tour Virtually

As we informed you before, the Rouvy platform allows you to ride the same routes the pros do in a […]

As we informed you before, the Rouvy platform allows you to ride the same routes the pros do in a beautiful augmented-reality setting. In case you missed it, you can still test your legs on parts of the gruesome La Vuelta stages 11 and 12. There’s even a general classification. Rouvy will pick your three best results (or two) and place you among the best. Ready to test your skills? Let’s take a closer look at the routes.

Stage 11 route has an undulating landscape covering a distance of almost 43 km and nearly 1,000 m of climbing, with the highest point near Las Lagunillas. This challenging stage, with its shark-tooth type profile, will test the strongest of legs. 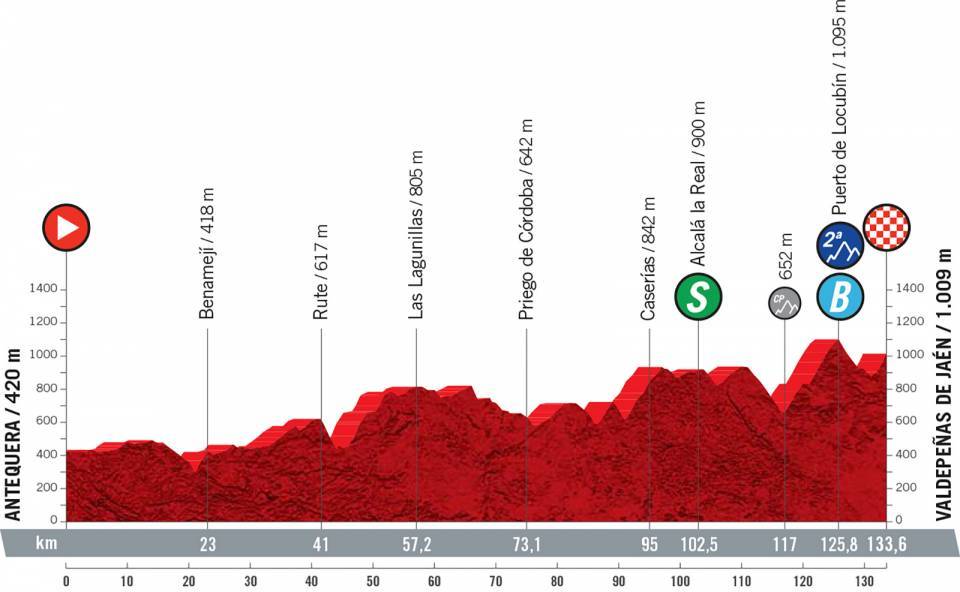 Stage 12 is tough on the legs as well. The first climb begins in the ancient Medina Azahara, a fortified palace-city and an important historical landmark in Andalusia. You’ll climb about 400 m, followed by some undulating terrain towards the summit of San Jeronimo at around the 15-km mark. Then you’ll descend for 8 km into the ancient and cultural city of Cordóba before heading uphill again for the final tough 7-km climb to the finish.

Go on and register, the capacity is limited!

ŠKODA Green Jersey Overview: Sprinters Are Favoured to Win – for a Change