When Two Riders on One Bike Are Better Than One

Tandem bikes used to be hot – by which I mean that they were considered very romantic. As evidence I […]

Tandem bikes used to be hot – by which I mean that they were considered very romantic. As evidence I offer lyrics from an 1892 song titled “Daisy Bell,” but better known today as “A Bicycle Built for Two”.

Daisy, Daisy, give me your answer, do
I’m half-crazy all for the love of you
It won’t be a stylish marriage
I can’t afford a carriage
But you’d look sweet on the seat
Of a bicycle built for two
We will go tandem as man and wife
Daisy, Daisy
Peddling our way down the road of life
I and my Daisy Bell…

Well, tandem bicycles are still popular, even if they are no longer quite as romantic as they used to be (but what is?). Riding a tandem does still present the same challenges as does a romantic relationship, requiring a lot of mutual understanding, cooperation and trust. Learning to ride in sync also requires some practice as well as well-developed communication skills. And you will need to keep your egotism in check, because both riders can’t be pilots (the rider in front) and there is little satisfaction in being the stoker (the rider in back).

But if you are willing to compromise and to trust, you’ll find that tandem cycling is great for conversing while riding at speed, introducing beginners to cycling and just going somewhere with a friend or lover.

But you’ll first have to buy a tandem bike. Here are a few of the better ones. 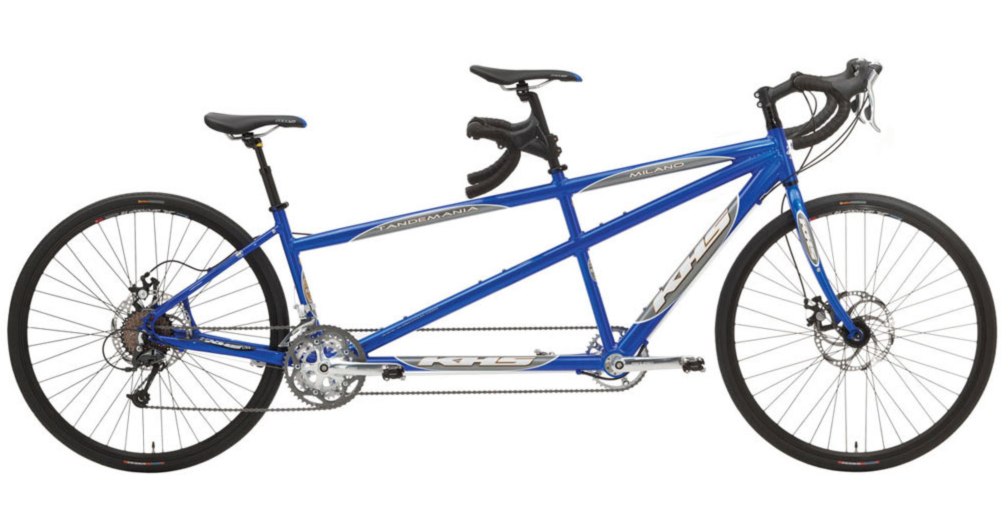 The KHS Milano is a good choice for people who want to keep to a budget while purchasing a solid, reliable bike for two. This double drop-barred road tandem has a sturdy alloy frame, chromoly fork and a mix of Shimano Sora and Deore shifting. With mechanical disc brakes and a 9-speed Shimano 11-34 drivetrain, it will get the two of you up some tough hills. Only $1,999 (€1,654). 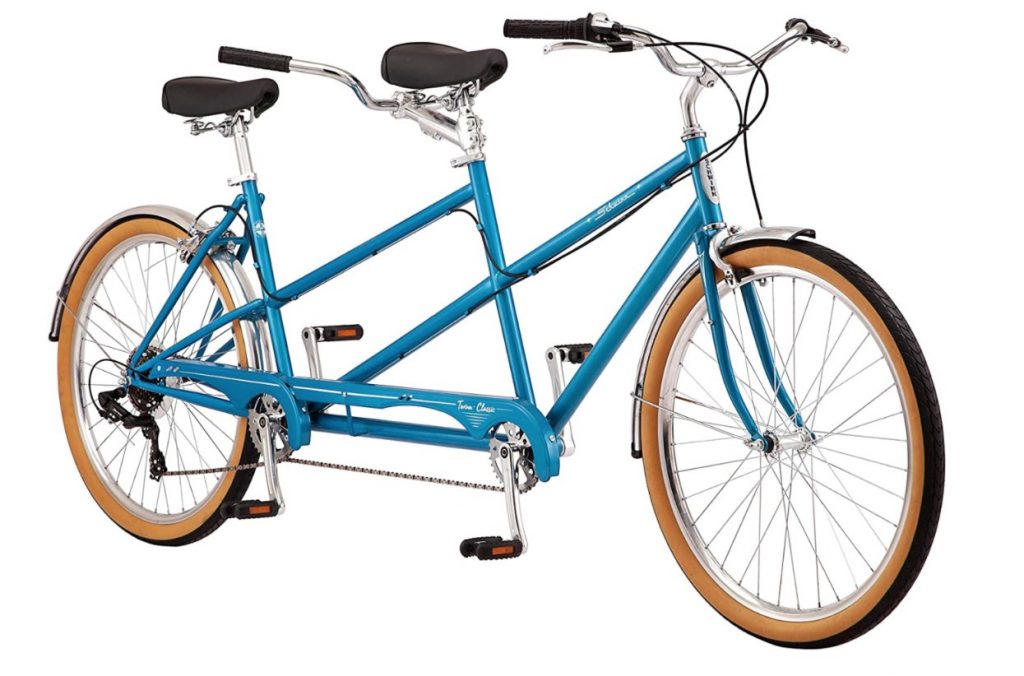 At only $679.99 (€562) from Amazon the Schwinn Twinn is even more affordable. This tandem is terrific for checking out multiuse trails and other casual riding and offers an aluminium frame and 21 speeds, with plenty of gears for climbing. Mechanical disc brakes, a suspension fork and 2.1-inch (5.3cm) tyres add to the smoothness of the ride. (NB: Due to the popularity of cycling during the Covid pandemic, this bike is currently out of stock at Amazon. In the meantime, check Schwinn Tandem Beach Cruiser.) 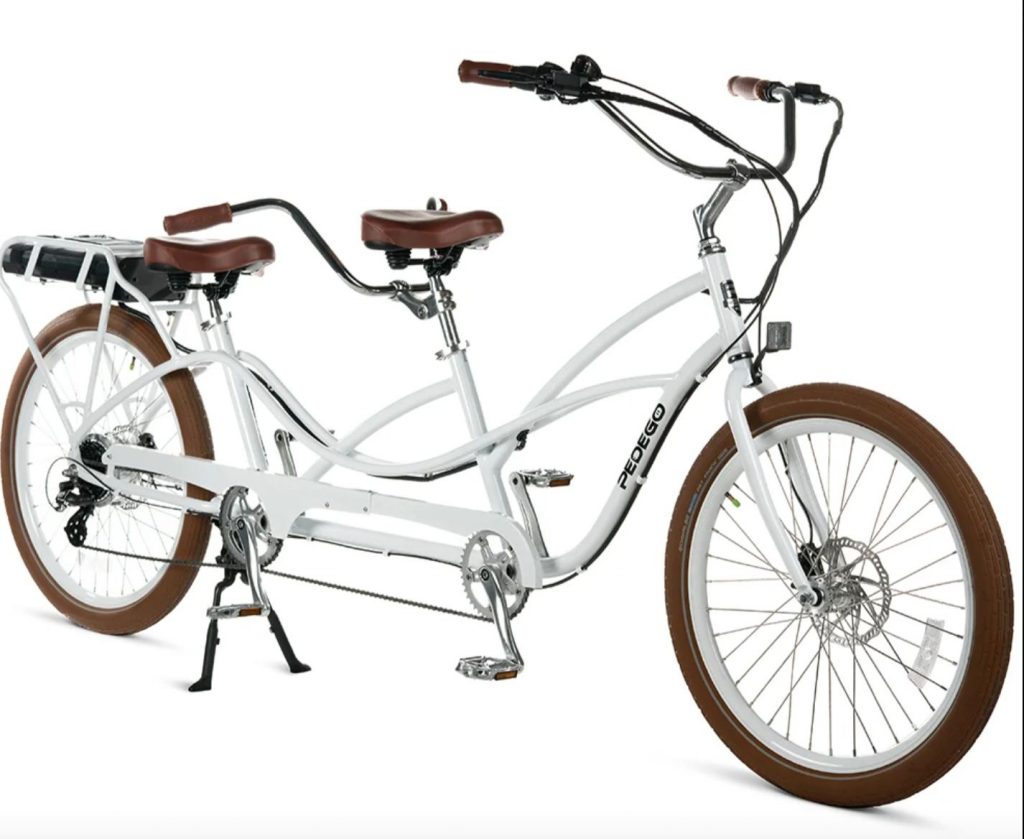 Daisy and her beau did not have the electric option back in their day, of course. But we do, like the Pedego Tandem, for example, which is described by the manufacturer as “the world’s first electric bicycle built for two.”

The Tandem has relaxed, cruiser handlebars and a step-through frame, but its 48V battery means business and can take you up to 56 miles on a single charge while breezing along at 20 mph. The bike is powered by a 500W rear hub motor and comes with disc brakes for reliable stopping.

Finally, the Co-Motion Bluebird is a comfortable, high-quality tandem from a brand with 30 years of experience building bikes for two and offering more than a dozen models.

The Bluebird has lightweight but strong aluminium wheels that can fit tyres up to 33mm wide for extra stability. With a 10-speed Shimano Deore cassette (11-34t) and 44/32t chainrings, the bike will make it easy for you and your partner to find a cadence that suits both of you. And with mounts for racks and fenders, you can load it up for a longer tour or a quick commute to the store for groceries. When you consider what you are getting, the $2,995 price tag is actually quite reasonable.

The Romantic History of Tandem Cycling

177 Years And Still Cycling: This Couple Finished 1000 Miles on a Tandem