Even legendary bike events like the Salzkammergut Trophy have not avoided the impacts of this year’s Corona-lockdown. With five thousand […]

Even legendary bike events like the Salzkammergut Trophy have not avoided the impacts of this year’s Corona-lockdown. With five thousand participants from over forty countries and thousands of visitors, such a race would be nearly impossible to arrange under current circumstances. The organisers had to make the hard decision: either to cancel the entire event for all or to adapt it to meet the new safety regulations. And the latter option was how the individual race format was invented. Our contributor Richard ‘Gaspi’ Gasperotti visited Austria to find out how it works.

The idea was to find a solution enabling bikers to ride and compete on the whole course without being crammed into a single racing pack. And, indeed, modern technologies were about to help where the virus tried to weaken the sport’s attitude. The concept of the Salzkammergut-Trophy Individual is currently based on collecting the riders’ data through individual transponders that are handed over to them at the registration. 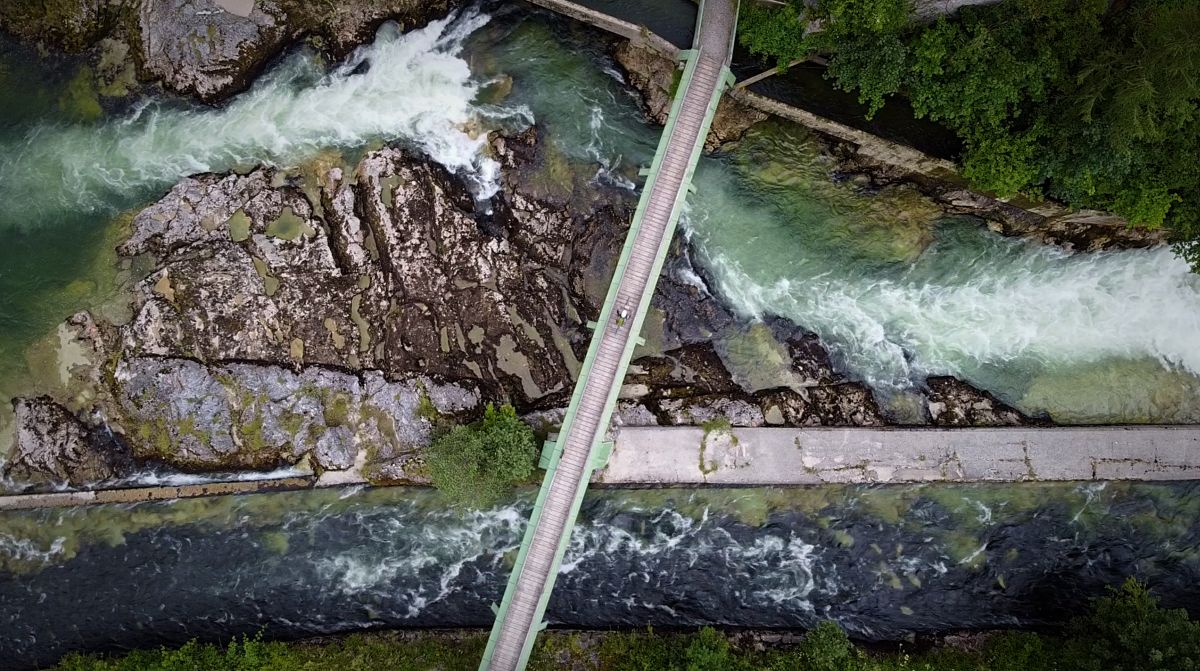 Everybody interested is encouraged to see the local tourist office in Bad Goisern to pick up his/her own transponder and the start number plate. The one-off admission fee is 29 euros. Since the transponder is a tool to log down the rider’s time at checkpoints scattered all around the racecourse, the riders can start individually at any time they choose from now until the end of October. Bikers can take part as many times as they want, which opens the opportunity for self-improvement. They can also challenge different courses during their holiday in the area. The timing system operates only at flat or climbing stages to avoid high-speed crashes while descending. Between the separated, time-measured legs, the participants can take breaks in the huts and enjoy Austrian cuisine and breath-taking mountain sceneries. Whoever has completed all the checkpoints at a selected course in one day, will be placed on the ranking.

“I opted for the e-bike category and a 37-km-long route, which actually was one of the shortest on the list,” Richard says. As he’s never taken part in the original Trophy, he struggled a little at the beginning to find the right direction at the start by the Bad Goisern’s Information Centre. “After a while, however, the route was perfectly marked with signs guiding you to the trail you chose, making it almost impossible to get lost on the way. I was glad to take my e-bike as all the climbs are quite steep but the views of the landscape were worth it. The most beautiful part was when I rode down the ancient mining route carved into a high rock wall with several rock windows and terraces. The whole landscape of the Eastern Austrian Alps resembles what I remember from Lago di Garda in Italy. The white limestone rocks shine in the sun but get slippery even after a brief rain. What I liked, in particular, was the possibility to taste the racing feeling without getting under the uncomfortable racing pressure. I even saw an old couple enjoying the Trophy route as if they were on a cycling holiday. In my opinion, the guys in Austria did the best they could to keep the Salzkammergut Trophy alive even in 2020. I can only recommend the readers to come and join.”

What Just Happened at the Olympic Women’s Road Race?