Wheeling around Coventry, this little lady radiates genuine joy. Her legs are moving in such a speed it almost seems they melt into one blurry stain. There are no cheering crowds, it’s not a big spectacle. Maybe someone passing by waves at her. But don’t be mistaken: Eileen Sheridan is riding towards a huge victory.

Her coach Frank Southall (who, by the way, had tutored the famous Marguerite Wilson) is there along with a couple of volunteers managing the checkpoints. The whole ride has to adhere to one rule set back in 1890: all record-breaking attempts have to happen in secrecy. Any advance publicity is forbidden.

It’s 1952 and Eileen is already a National Champion in the 50- and 100-miles races. Now she has her eyes set on another goal: making a record in a 287-mile-long ride from Land’s End to London. But that didn’t happen. When arriving at the finish, crowds of cheering people are awaiting her. The time is 16:45:47 and it will never be officially acknowledged, as the no publicity 1890 rule was broken. We can only be guessing who was the source of the leaking information, which, as a fortunate side effect, brought Eileen quite the publicity.

Her biggest triumph was, luckily, yet about to come. It happened in 1954. Sheridan rode 870 miles from Land’s End to John o’Groats. We’re talking about a steep hill terrain and the worst weather one can imagine. The first 470 miles Eileen pedalled without stopping and only after two sleepless nights did the determined woman allow herself a rest. One hour of rest. Then came the last stretch and with it fighting off a cruel headwind. But she did it: breaking the record set in 1939 by almost 12 hours. 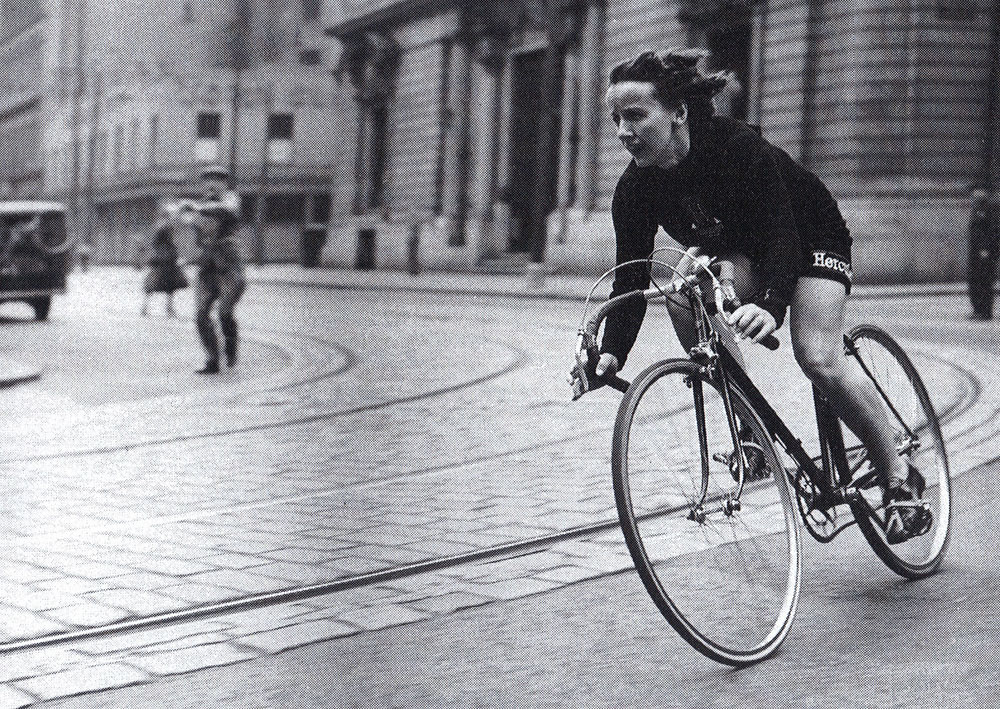 But the Mighty Atom, as the media called her, wasn’t satisfied. Her goal was to go on and break the 1000-mile record as well. Another couple of hours of sleep and Eileen was on the wheels again. When she made it, the time was only two hours shy of the men’s record. The cost of the whole endeavour? Total exhaustion.

Not long after, Sheridan decided to end her record-breaking career. She never stopped riding but finally kept the no publicity rule. The peak of her cycling era has already been reached. Strongest and Most Inspiring Personas in 2018 Women’s Cycling Don’t Let the Kidney Bring You Down: A Spectacular Story of Ottilie Quince