We’ve all thought about jumping on the Bitcoin bandwagon, right? But what if there was some way to earn cryptocurrency […]

We’ve all thought about jumping on the Bitcoin bandwagon, right? But what if there was some way to earn cryptocurrency while riding a bike…?

Singapore likes to do things differently, including bike sharing. I’ve checked out London’s and Toronto’s bike sharing and while they’re great, you still have to find a station to book out a bike. 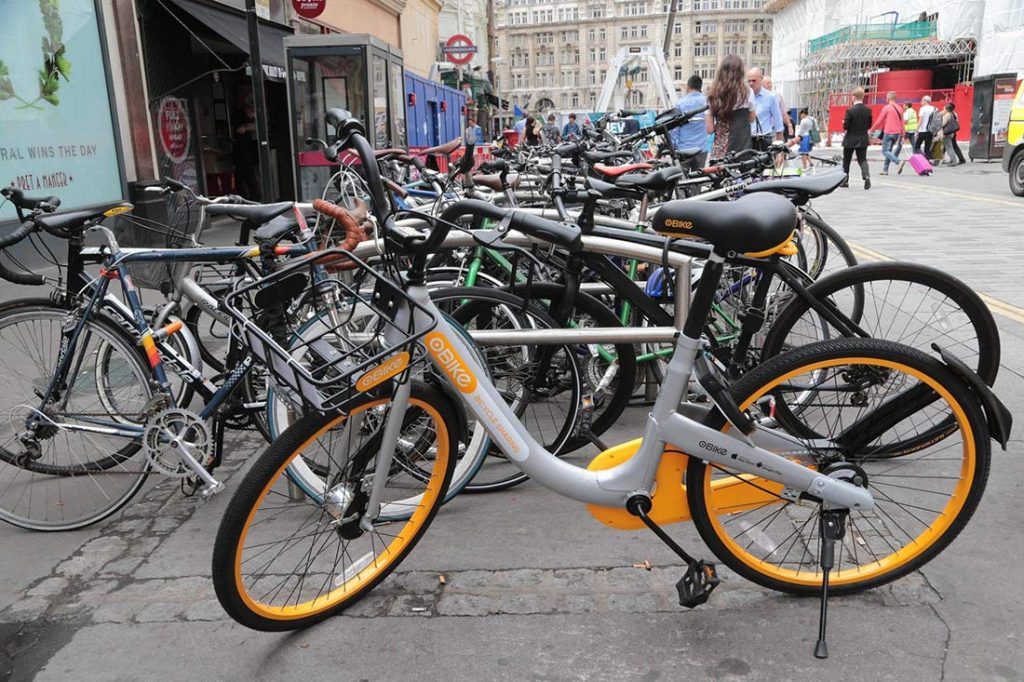 oBike is different.  Just download the app and it leads you to the nearest available bike – no station required. And when you’re done, just lock your bike to end your journey. But why ride a rental bike in the first place? It’s not as if bicycles are that expensive in the first place…

OBike offers you the opportunity to earn digital assets while riding their bikes, in the form of the cryptocurrency oCoin. oCoin can be exchanged for products or services, but governments don’t like losing control of currency, so governments around the world are regulating the trade in cryptocoins.

Ocoin, the world's first sharing consumer cryptocurrency that everyone can pay for ride and earn at the same time, issued by #obike and empowered and built on #TRON $TRX #TRX pic.twitter.com/b6QvD3Du3f

Meanwhile, entrepreneurs like oBike are looking for ways to exploit a currency that is, arguably, no different to a retail loyalty voucher. Well, if you’re a cyclist, your luck is in – oBike will literally pay you to use their service. So how does that work?

Forget Bitcoin, oCoin is the newest currency on the block – and oBike just took a bite of the apple. Investing in the Ethereum platform means that oBike can offer oCoins to cyclists using its service. The more you cycle, the more of the cryptocurrency you’ll earn.

The list of products you can spend that money on will simply keep growing as more companies opt to use the service. With plans to partner with the TRON ecosystem already in the works, it looks like pedalling will pay off in the future.

oBike has been steadily gaining ground in Asia, venturing beyond Singapore into Indonesia. The popularity of oBike in Australia has been sufficient to cause tabloid hand-wringing at its success, if only to bemoan the ubiquity of oBikes left conveniently next to Australia’s beaches and waterfronts.

Even though oBike has withdrawn from the bike-loving town of Oxford, England, it’s worth noting that bike-share schemes still hold some currency. Actually, it’s more than that. From now on, bike-share schemes may bring cryptocurrency wherever they’re established. If that doesn’t sound like the future, I don’t know what does.