His Slovakian team began the World Championships race vastly outnumbered, but Peter Sagan still managed to cross the finish line first. Securing the second world title for Slovakia with just three riders against nine in most of the top teams is truly an amazing feat.

“I’m still in shock. When it split in crosswinds, I was last to make it to the front group,” said Sagan after claiming the second consecutive World Championships title. He won in a sprint ahead of Brit Mark Cavendish and Belgian Tom Boonen.

“I have the biggest fan group here, and I felt it. Thanks to everybody for that and to Slovakia.
Thanks to the family. My father is here, my wife. And my friends from my home town came here and supported me. Thanks for everything, I had to win today.”

Cross-winds played a big part in the race around Doha, Qatar, and only around 25 riders managed to stay in the leading group till the end. 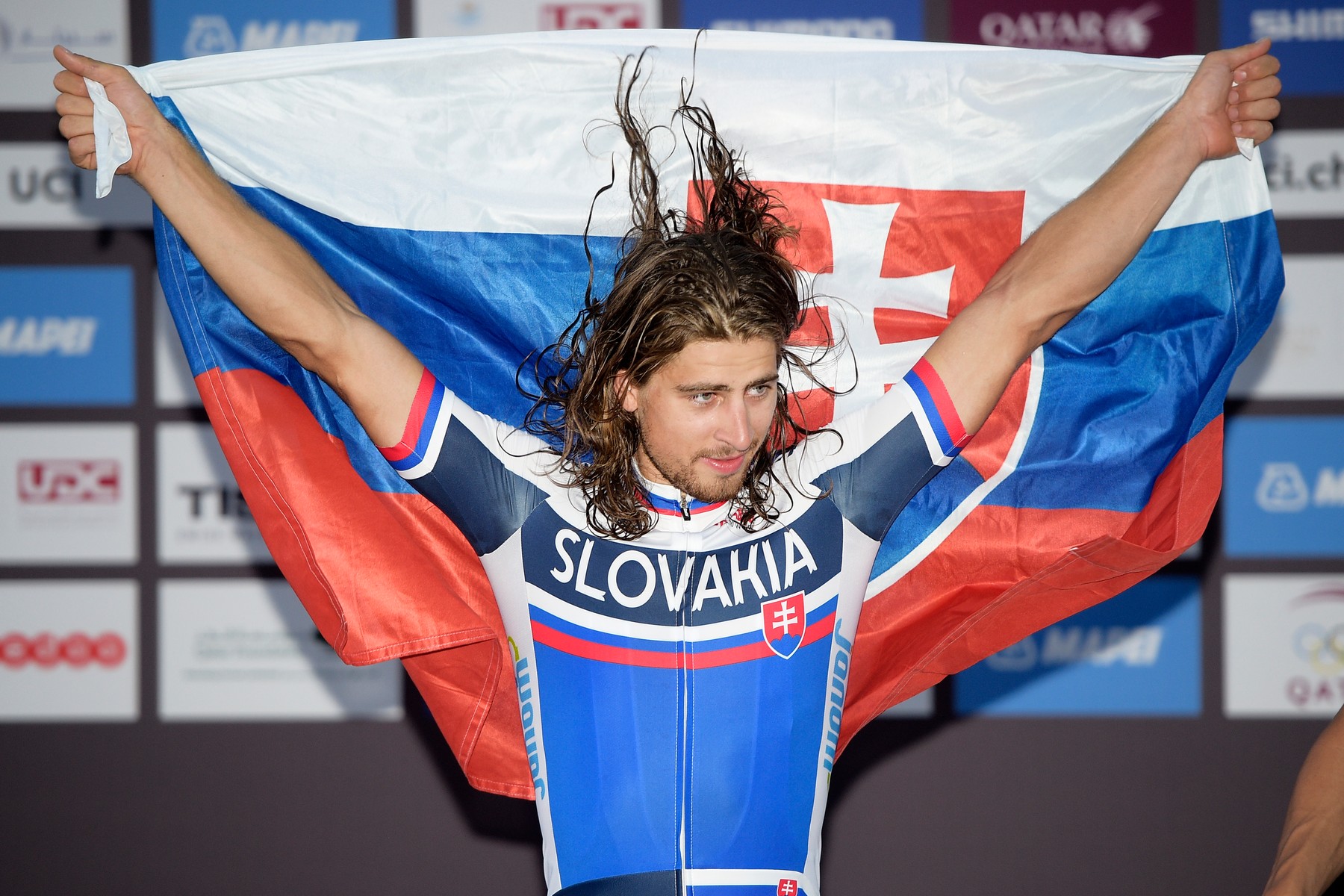 “My brother was also in the first group, but when he took water, he was dropped. Thanks to Michael Kolar, who worked for me all day and supported me,” Sagan praised his teammates. He then admitted that he might have not finished at all, had the things gone a little bit differently.

“I was lucky that Nizzolo didn’t close the gap when I was coming up. If he had closed on me, we were going to crash because I wasn’t going to brake. I’m very happy for that. It’s unbelievable,” said Sagan with amazement in his eyes.

Destination Trail – The Saga of Searching for the Perfect Trail Continues