Hunt for the X-Factor: Is Science Going to Make Pavel Kelemen the Winner?

Olympic track-cycling is the world where hundredths of seconds separate the worst from the best. Living under the pressure from knowing that one bad movement can decide about the whole race is something you will eventually learn to live with. But having such mindset forces you to seek perfection, and to constantly try to improve one tiny step by step. Now, ŠKODA AUTO helped the Czech Olympic cyclist Pavel Kelemen to make one of these steps towards excellence by using the same technology that is usually reserved only for development of new top secret car models. This is a story of how you make an aerodynamic analysis of a cyclist.

In the beginning there is this exceptionally talented young man who is known for being blessed with perfect muscle structure and great passion for cycling. We kept thinking how to help him because, to be honest, track-cycling is not one of the promoted sports in his homeland. And then we realized that a few of his competitors had been using advanced CFD simulations and wind-tunnel aerodynamic tests to improve their posture, seat position, and bike setting. Something that is far from common in the cycling world but we had the technology at our fingertips. With professionals just around the corner and all the computing power down in the basement we asked ourselves the question – why not? We should give him all the data he needs, which would help him, hopefully. 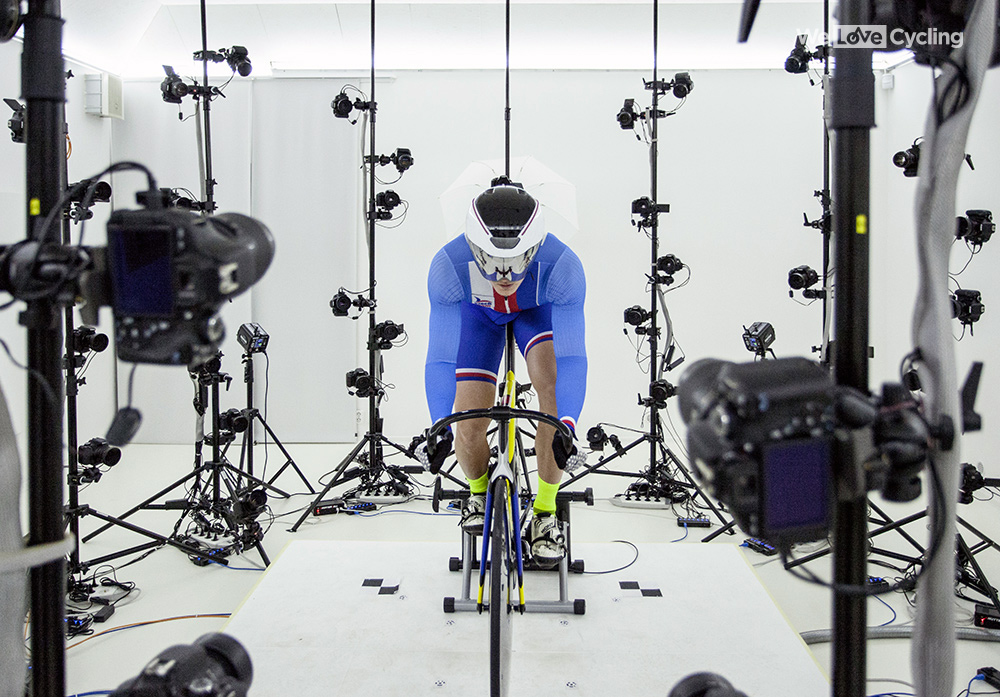 First, we had to make a 3-dimensional digital model of Pavel, without which we wouldn’t be able to feed the data to the computer. We took 115 perfectly coordinated cameras to take Pavel’s pictures from every possible angle – that was our starting point. But it sounds easier than it actually was. Reflections off his helmet, moving legs, and shiny materials – none of these things were making the job easier but we had everything we needed at the end of the day. 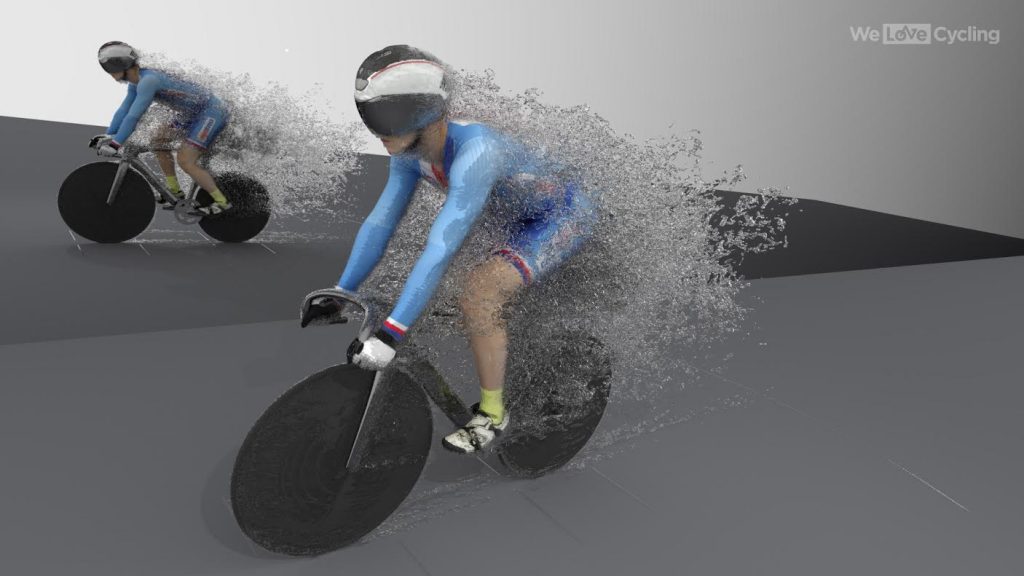 Before the math could even start all the photos had to be converted to a basic 3D model and then to a much more complicated and tweaked one. From this point the guys from ŠKODA AUTO aerodynamics department took over and started to work the magic. The time for which they were torturing the computers and trying several possible postures seemed to be endless because we were so excited and curious about the results. When they finally called back we all decided to present Pavel with everything in person. So, we hopped into the car and went to Vienna. By the way, did we mention that there is no proper track in the Czech Republic, so Pavel and his team mates have to train in Austria? 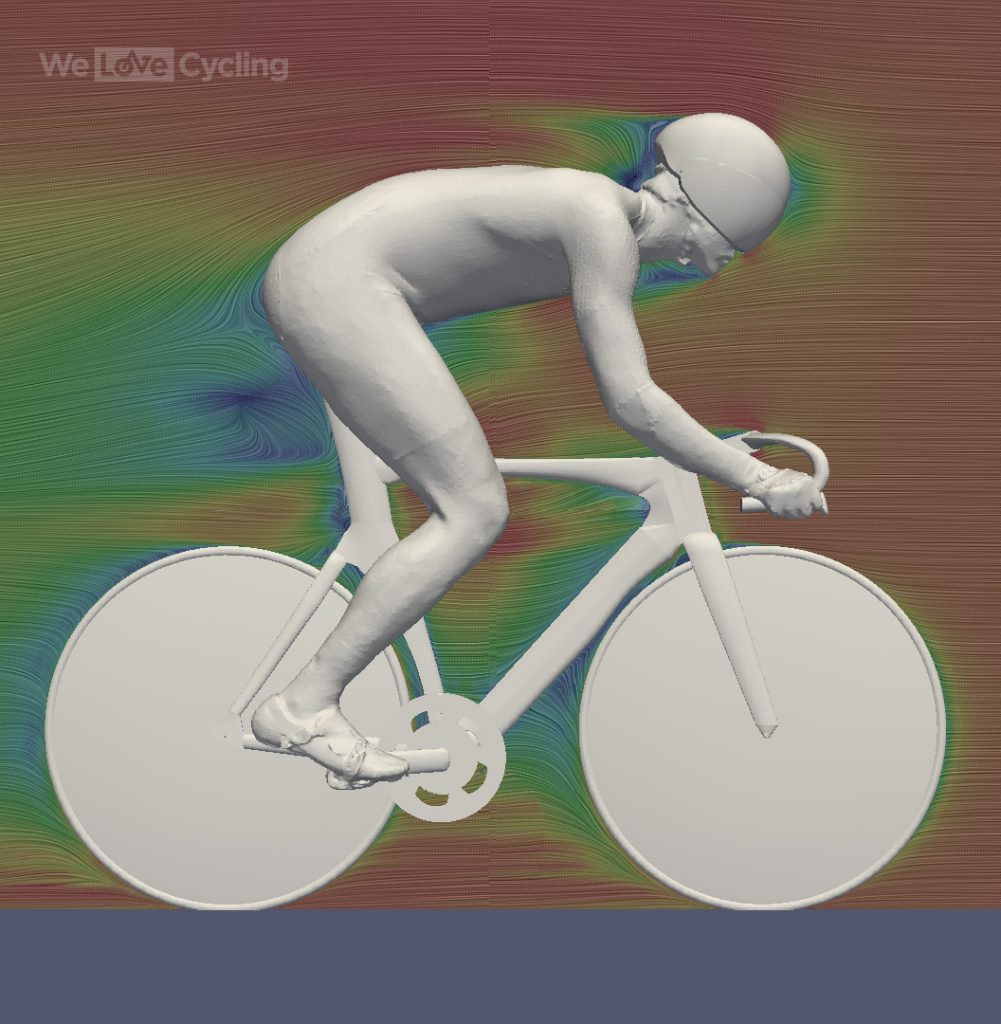 It was great to spend a day with coach Petr Klimeš on Ferry-Dusika-Hallenstadion in Vienna. It had everything – spirit, passion and enthusiasm, and that feeling of respect you have when you meet someone who had truly accomplished something significant. But what about the results, right? The CFD simulation showed that there is a possibility of improvement on many levels, including Pavel’s helmet, and the posture of shins, hips, arms, and calves. The bike seemed to be set perfectly but we were able to give him one or two tips on how to treat his wheels for lower aerodynamic drag. For Petr Klimeš it was the first opportunity to actually see how the air flow looks and behaves. Although in theory, he seemed to know everything about it. It was great to see him constantly discussing all the possibilities over and over, with a gleam in his eye while ticking between the computer screen and the experts.

Now you have to know that this is not a one-off thing. It’s just not enough to tell someone how to control air flow separation and then never talk to him again. There is much more work to be done, many variables to be taken into account, and a new friendship to be maintained. And hopefully, all this will help one young man to stand on the Olympic podium.