For some women, riding as the only female in a group of men can be very intimidating. A fair reaction—as […]

For some women, riding as the only female in a group of men can be very intimidating. A fair reaction—as it may be the only time they find themselves in this kind of setting. The same would be true if the situation was opposite. As it remains, though, it is much easier for men to find a group of other men to cycle with, so we’re focusing on the former.

Whether there are no other women to ride with in your social circle or community or because you’re struggling to find riders at your level, sometimes joining a mostly male group is the best way to advance your training and to hopefully improve your overall relationship to cycling. Although it is certainly true that the cycling community is more inclusive and gender-positive than it has ever been before, there are still issues which can arise between the sexes that prove tricky to navigate—especially if you’re outnumbered. If you’re a woman thinking about joining a group ride or event and are nervous about the fact that it will be mostly men, here are some pointers and things to keep in mind to help you have a good experience.

Go in with a positive attitude

The reason we need to talk about this is because there is still a significant gender gap in cycling. Way more men ride and that means that in many circles, masculine energy is a dominant characteristic of the group. That is not necessarily a bad thing but as we’ve seen play out in many situations in the world of sports and beyond, it can cause problems.

Nevertheless, as a woman entering a male-dominated environment, it is important to go in with a confident, positive attitude and to expect the best from the people around you just as you would in any other situation. You’re all cyclists who love the same sport so that means you’ve already got a lot more in common with them than most of the people who you encounter on a daily basis. There’s a good chance you’ll receive a friendly and encouraging welcome and until you’ve been given reason to think otherwise, you should position yourself as a cycling ally with all your fellow riders.

This is good advice for anyone joining any kind of a group ride but can be especially important if you’re feeling extra nervous or are worried about being judged. It is true that asking questions can be a scary prospect but it is also a crucial way to ensure that you have the confidence and information you need to succeed on the ride.

Ask about group calls, hand signals, and any other specific protocol or rules that you should know about. Don’t be afraid of seeming ignorant, every group does things a bit differently and having lots of questions prepared shows that you’re ready to ride seriously with a group.

Ignore egos (but don’t be afraid to stand up for yourself!)

In some cases, you’re going to have to deal with someone who has a big ego. It is usually not worth engaging with but it is also important to stand up for yourself. We’ve talked about the problem of mansplaining in the cycling community before and it is not unlikely that you’ll encounter something like this.

Remember that there’s a difference between someone trying to offer real, helpful advice and someone trying to intimidate you with an overload of unnecessarily complicated or sex-specific remarks. Rather than having a conversation on equal ground, a man who is engaging in mansplaining goes into a situation assuming that someone doesn’t know what they are talking about due to their gender. In these cases, it is important to assert yourself and be polite but firm. It is not about creating a divisive or combative dynamic but about claiming your space and refusing to be talked down to.

Likewise, it is important to note that there are physiological differences between men and women and in some cases, a man simply might not be the best person to go for advice or sympathy in regard to certain issues. What’s more, very little sports science research is undertaken on women and we, therefore, have a large gap in our collective understanding of how sex-related characteristics affect performance. What works for a large percentage of men might not work for you and that’s OK. 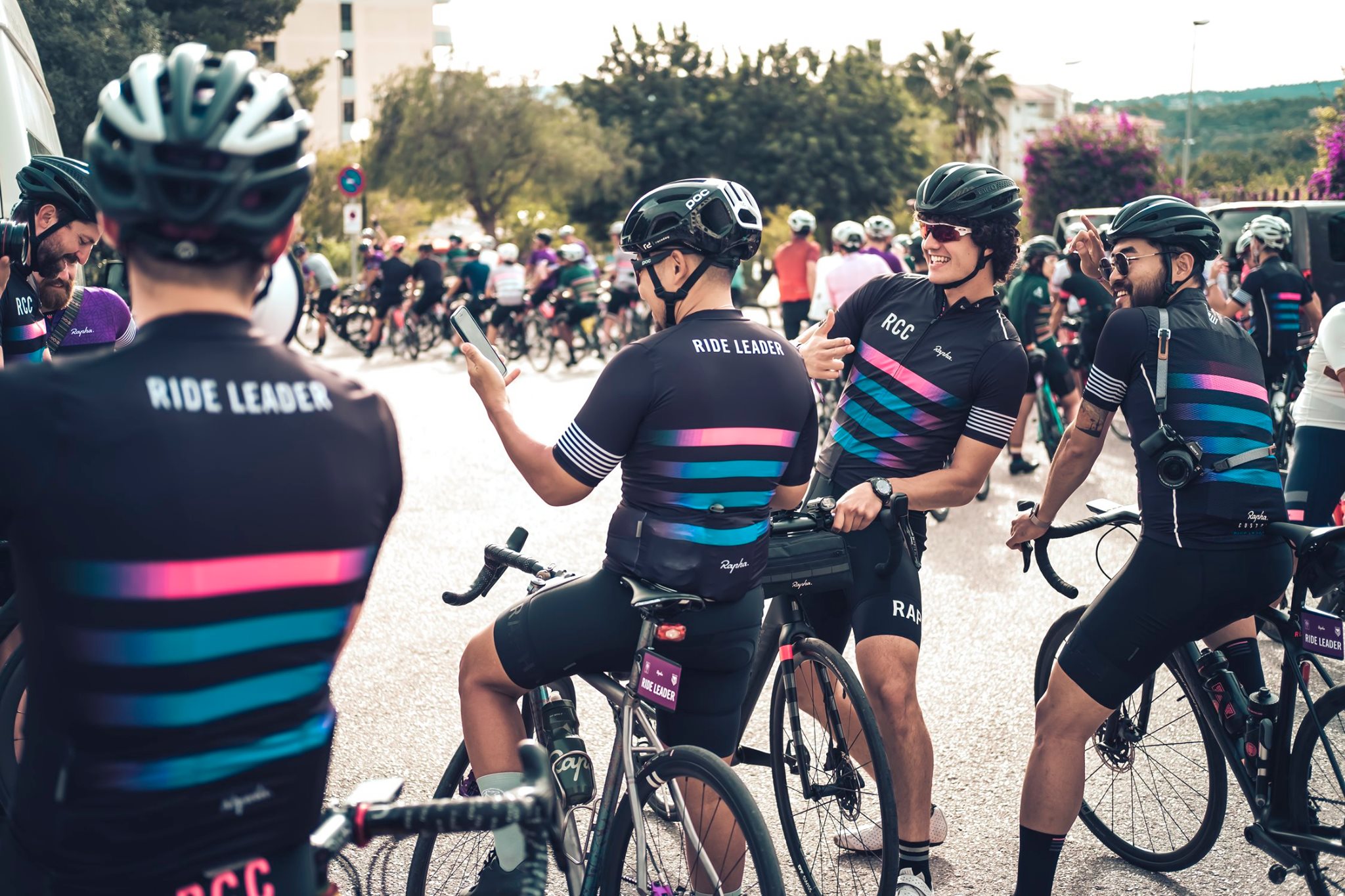 Look to other support communities

Just because you might not have women to ride with locally doesn’t mean that you can’t talk to other women about cycling! There is a rich and dynamic community of women cyclists online who are there to offer advice, support, to share in your achievements and help pick you up when you’re feeling down. If you’re missing the feminine energy in your cycling community, reach out and get involved! You could even consider organizing a women’s only event and seeing who shows up, you never know how many closet cyclists could be hidden within plain sight.

Don’t accept harassment and have an exit strategy

In the rare event that something does go very wrong or that someone says something to you or approaches you in a way that causes you to feel uncomfortable or unsafe in the group, it’s important to remove yourself from the situation. Under no circumstances should you tolerate sexist or abusive comments in an attempt to be tough or to “brush it off.” The longer we ignore or tolerate sexist attitudes, the less likely they are to change. Give yourself permission in advance to leave if things aren’t going well. Know the route and know how to get home safely on your own.