H. G Wells once said: ‘Every time I see an adult on a bicycle, I no longer despair for the future of the human race.’ When we borrow that quote and tweak the first part to say: ‘Every time we see an adult riding a bike, protected with enhanced safety…’ we pretty much get the philosophy behind the Swedish cycling and snow sports company, POC.

Founded in 2005, POC began as a tiny start up, a new kid on the block, amongst the many Goliath’s of the ski industry. With just a couple of employees and a strong mission ‘to protect lives and reduce the consequences of accidents for athletes or anyone inspired to be one’ it has gone from one success to the next. POC now has over 60 international awards for design, safety and protection and is an established skiing, urban, road and mountain biking innovator.

The real watershed moment for the brand came when Julia Mancuso, a US alpine ski racer, won gold in Giant Slalom at the 2006 Winter Olympics and her white POC helmet and goggles were visible all over the media. As they say, the rest is history.

With the spine and the brain at the centre of attention, the concepts, technologies, and materials used and implemented for the helmets, apparel, and body armour are developed in collaboration with their own POC Lab – a scientific forum consisting of some the world’s foremost sports medicine experts, brain scientists, and specialists in spinal cord injuries.

Naturally, POC has developed a strong reputation for gravity sports’ protection and is established across the globe today. In 2014, POC announced the launch of AVIP – its first specific road bike range. AVIP, which stands for Attention, Visibility, Interaction and Protection is the bedrock of POC’s ambitious cycling collection and its initiative to promote safety for all road cyclists.

To enhance both safety and performance, POC established the WATTS Lab, built on the medical and physiological knowledge of the POC Lab. The WATTS Lab brings together experienced specialists in aerodynamics and is a highly focussed department whose objective is to optimize POC products, allowing the cyclist to go faster while using less energy. But the most important thing is, and always has been, to diminish crash impact and to save lives.

POC has also turned their attention towards creating a clothing range specifically for urban environments. They make garments that move with the rider, keep out rain, prevent overheating and are suitable for a business meeting or a Sunday morning spin. Technological improvements are being matched by the transformation of our cities as the health, economic, and social benefits of commuting by bike become impossible to ignore. According to POC, it’s amazing how many of society’s problems can be solved by a single instrument – the bicycle. And that’s what led the brand to create their latest collection – POC and forth.

This commuter collection consists of helmets and apparel, but represents more than the products themselves. Their vision challenges the status quo, including how infrastructure is developed for cars, the lack of interaction and understanding between road users, and the constant hazards when you ride. With POC and forth, they are working to advance bike technology and communication, as well as develop fashion with real purpose.

Wearable technology, innovative connectivity, advanced fabrics and materials are blended together with history, bike culture and tradition to give the collection a fundamental role in supporting a greener world, making commuting safer and celebrating the role of the bike.

The POC and forth boasts sleek, minimalistic design, perfectly balancing the sporty, functional, and fashionista aspects of the apparel and gear. As the company states on their website, the collection was built with the aim to ‘eliminate the unnecessary border between the commute, office, restaurant or home and is designed to enhance the sensory wonder that follows every bike ride.’ The apparel range spans all seasons, featuring parkas, vests, light and wind jackets with subtle reflective markings on the sleeves and collars, waterproofed seams, advanced fabrics, and precise, laser-cut ventilation. Each POC and forth jacket also features a special transparent rear pocket, which can house your smartphone and allows you to use POC’s very own SEE ME app.

This simple yet ingenious solution uses your smartphone as a signalling device, which makes the app futuristic, convenient, intuitive, and easy to use. We all have them on us anyway, so why not put them to good use while cycling? Simply download the app, turn in on, put the smartphone screen-out in the SEE ME waterproof, see-through pocket and use it either as a steadily flashing red light or a turn indication. The app is controlled by voice, via regular smartphone headset by using simple commands such as ‘left’ (left turn indication arrow), ‘right’ (right turn indication arrow) or ‘go’ (blinking). For more convenience, you can get the innovative wireless Flic control button that is placed on the handlebars and allows the rider to switch between the app’s functions. Simply stylish and safety-enhancing.

The video below demonstrates the app, some of the clothing, and the stylish Corpora helmet, which is also part of the POC and forth collection, and uses red LED signalling dots at the rear to ensure the wearer is visible even when light conditions are far from ideal.

Let’s wrap it up with an inspirational quote from POC’s website: ‘In a world of constant change, the bicycle is a reassuring constant, carrying its rider from A to B with efficiency, style and comfort. Cycling has never been so relevant. The time is now.’

How Dangerous Is Cycling on the Pavement? 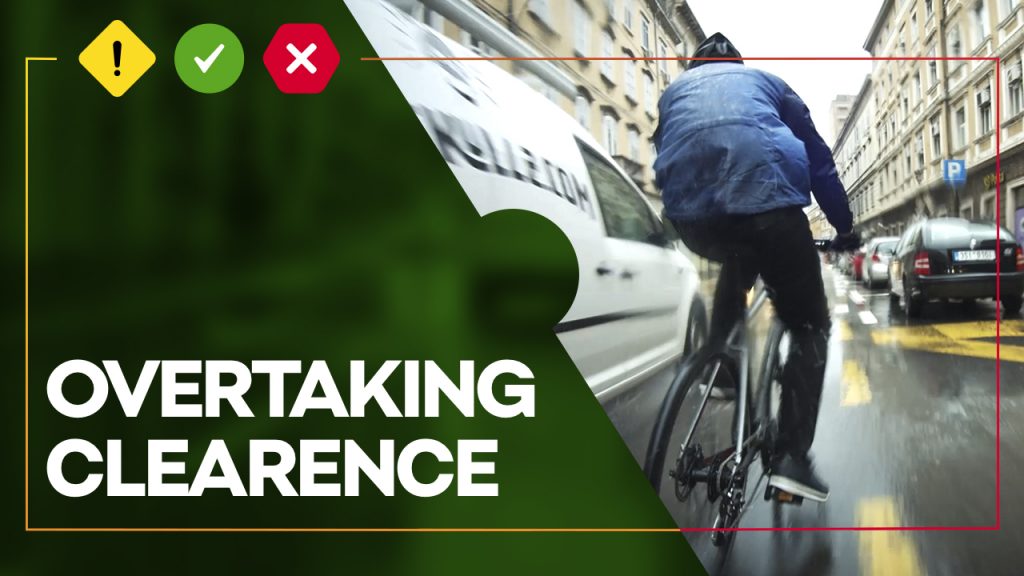