Because cultural stereotypes are still kind of a reality-based fun.

Fighting with the joeys (kangaroos) accidentally crossing the road on a sunny arvo (afternoon) while on the way to the bottle-o (liquor store). 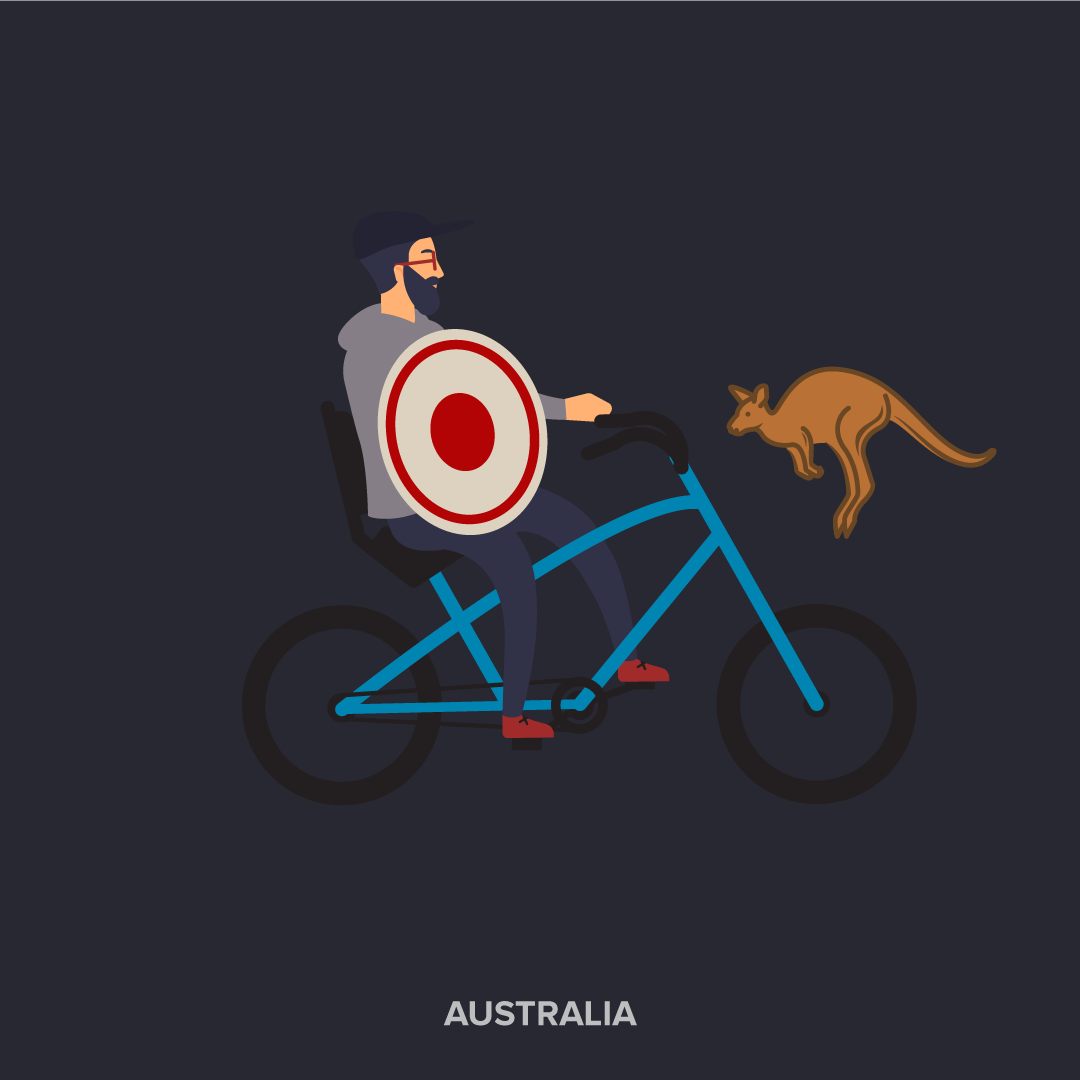 Last three hours fruitlessly trying to get home from the господа (pub) on the bike firmly locked to the street light pole.

Cyclo-crossing over sand dunes with Eddy Merckx tattoo on the right calf.

Dutifully keeping road speed limits on a conservatively designed pedelec that might be eventually used for national defence or, at least, militia training.

On the course of last year’s Tour with a hand-rolled Gitanes cigarette while coming back home from the boulangerie. 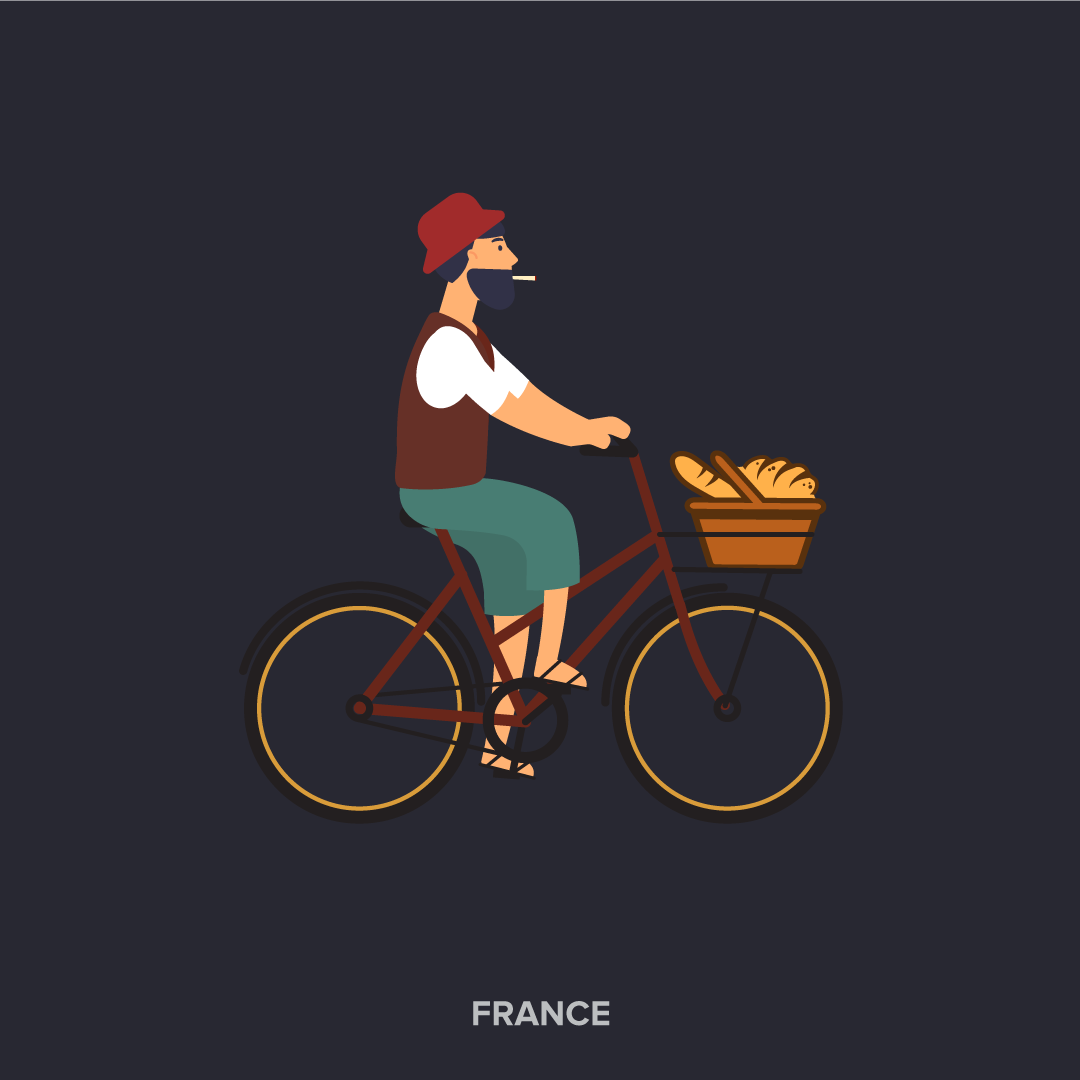 Enthusiastically greeting any human being along the road while doing a wheelie.

In the middle of a huge crowd of other cyclists shielding your fragile body against wicked truck drivers.

Too stiff to hope that somebody will help you dismount the bike before the spring comes. 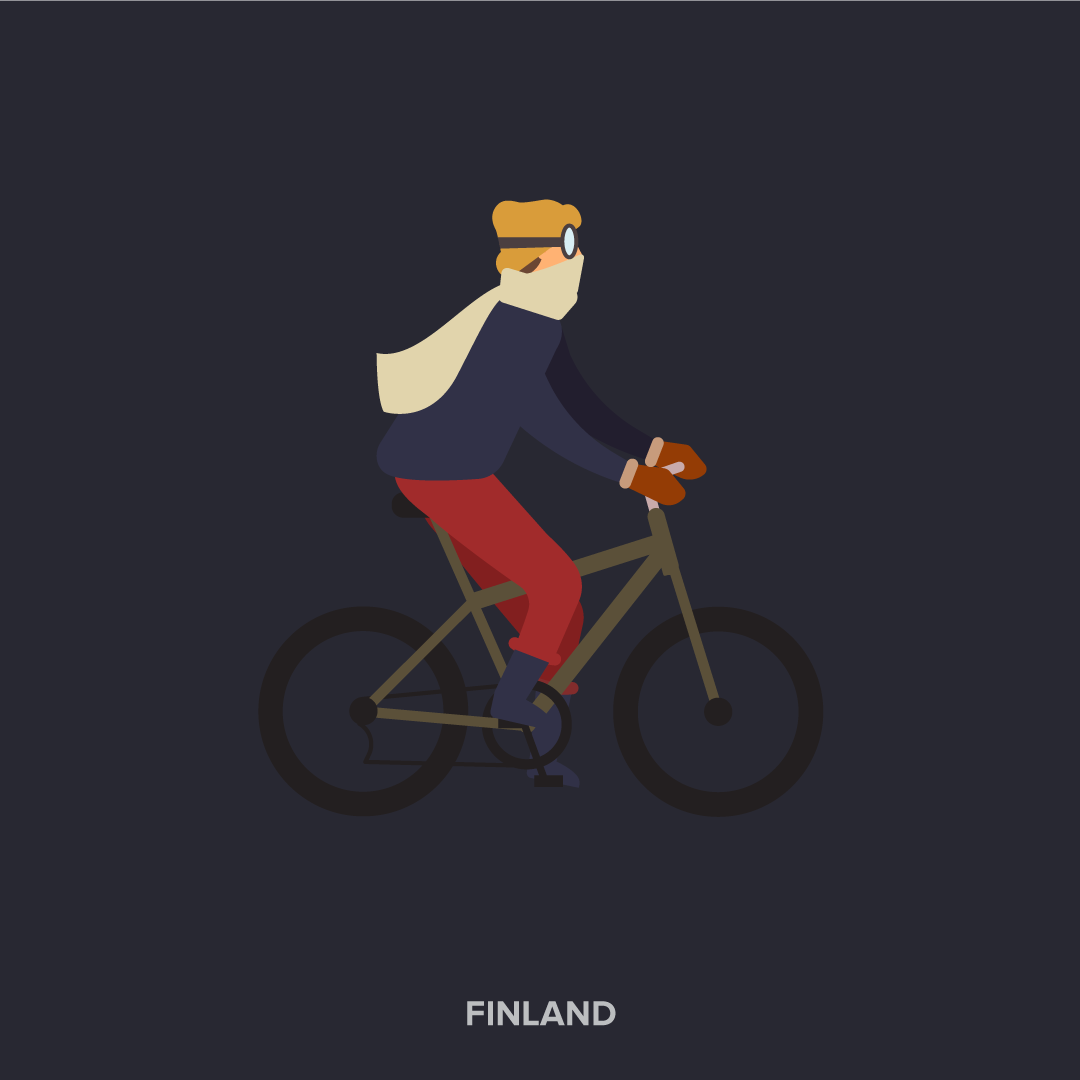 Blaming cab drivers, lorry drivers, and the government for whatever happens to you during the loathsome morning ride to your despised job, mostly swearing in Polish.

Strictly in the bicycle lane, exactly next to the lane for the pedestrians, not even touching the main road intended for the cars equipped with a smartphone holder, navigation app, bell ring, mudguards, air pump, 2 kg steel bike lock, tools, and a pack of muesli bars. Sometimes completely naked. 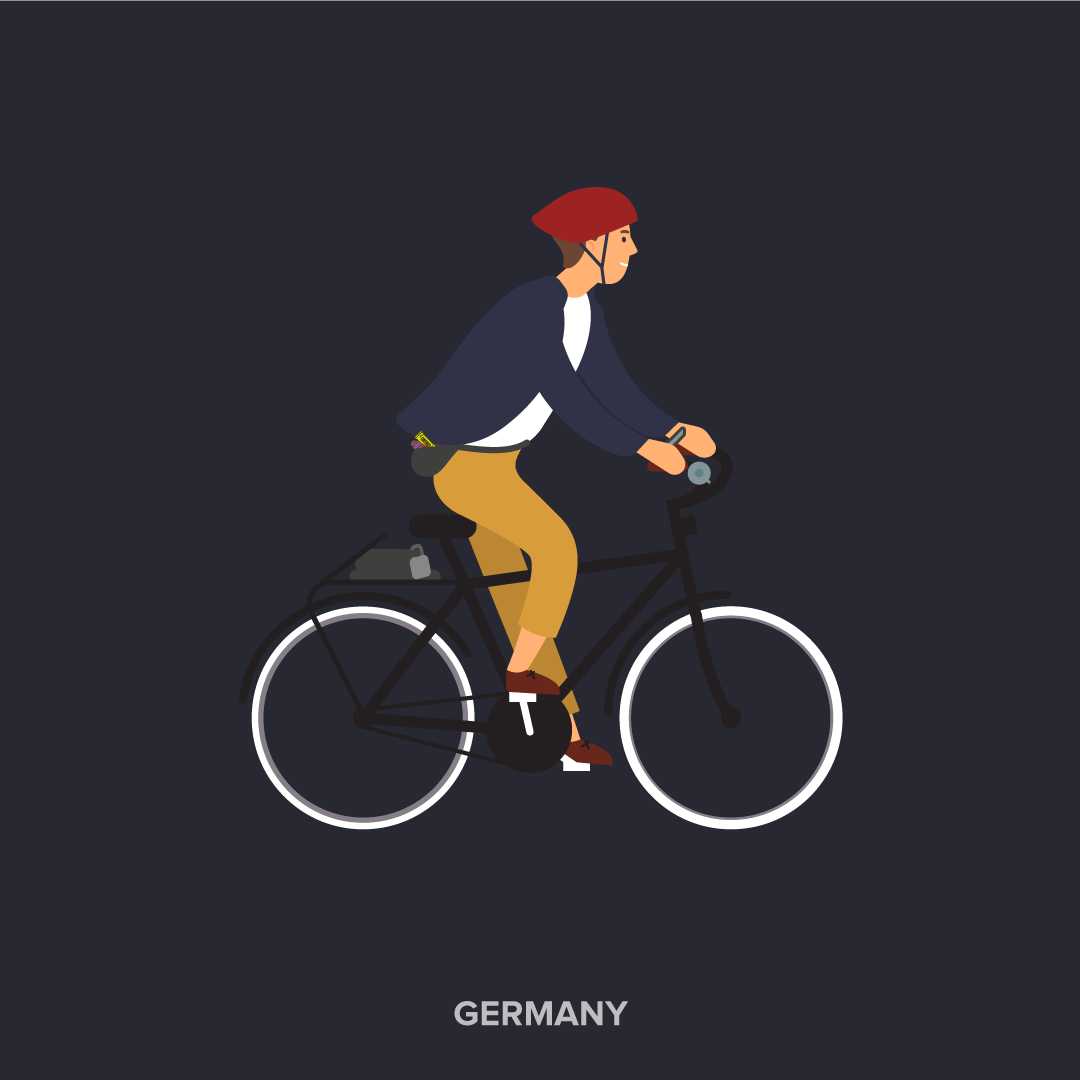 Between five and six in the morning, before either the enormous heat or savage traffic could kill you.

Dressed exactly as if sitting in a tea house, just missing the hookah.

Transporting three kids, a cupboard, a fishing rod, and a caged piglet at the speed of a small motorbike while spitting out the mushy rests of betel nuts. 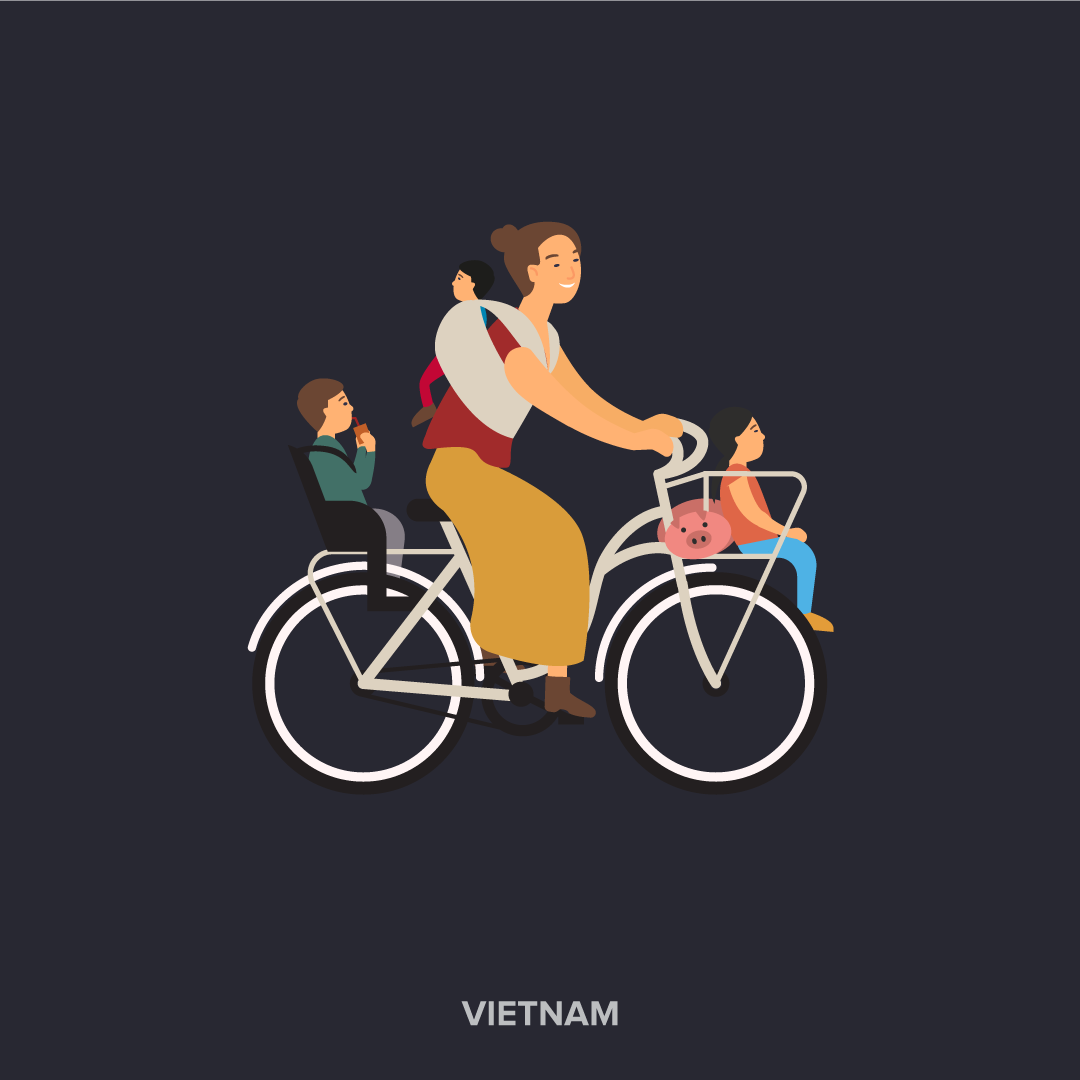 On whatever goddamned bike you just took from the rack in front of the coffee shop.

Exactly as the others do and also, for the same reason.

On a handmade vintage Italian steel-tube bike equipped solely with Italian vintage parts dressed in an Italian-made cycling kit made with Italian Merino wool singing one of your favourite Südtyrol songs.

Prepare Your Bike for Spring