We bring you another part of our ‘Bike and Dine’ series. WeLoveCycling’s George Pacurar, an avid cyclist, bike collector, foodie and traveller, will share some of his favorite routes of pleasure in Europe, starting in the Czech Republic. Follow his suggestions and you will burn as much energy pedaling for your palate as you take in with your meals. Fun beats fat, memories stay.

When it comes to beauty, Praguers are privileged in more than one way. To be here means you will hardly escape it. You can, of course, get on a bike and pedal to the outskirts, to Modřany, Jižní město or Černý most, where the communists’ abstract dreams of perfect housing turned into concrete nightmares. But by the time you’re there, the endorphins will take the grey away. Within a little while beauty is back and it’s all green again. The rest of the trip is the best appetizer one can imagine. And the only one not to add any calories to the meal you’re going to enjoy. 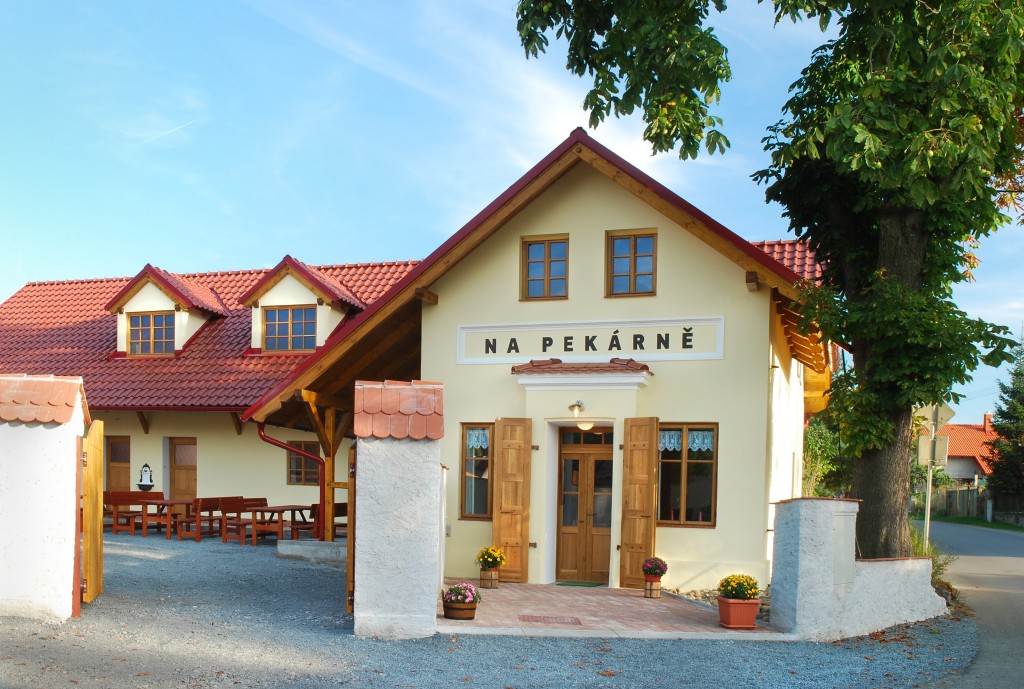 Especially, if you’re going to Na Pekárně, be sure to burn some fat along the way. The little country inn, owned by the awarded Czech chef Václav Fryč, is not the place you would opt for when on a diet. On the contrary, they serve large portions there, excelling in roast pork, poultry, venison, home made dumplings and sauces so sweet the bees could envy them. If you ever wondered, how the Czech cuisine became famous within the foodie Austro-Hungarian Empire, this trip will take you closer to the answer. Having said that, keep in mind it’s a simple countryside pub, just an extremely good one. You will be just as likely to sit next to a table of Czech businessmen with their foreign partners, as to local politicians or villagers stopping in for a pint. 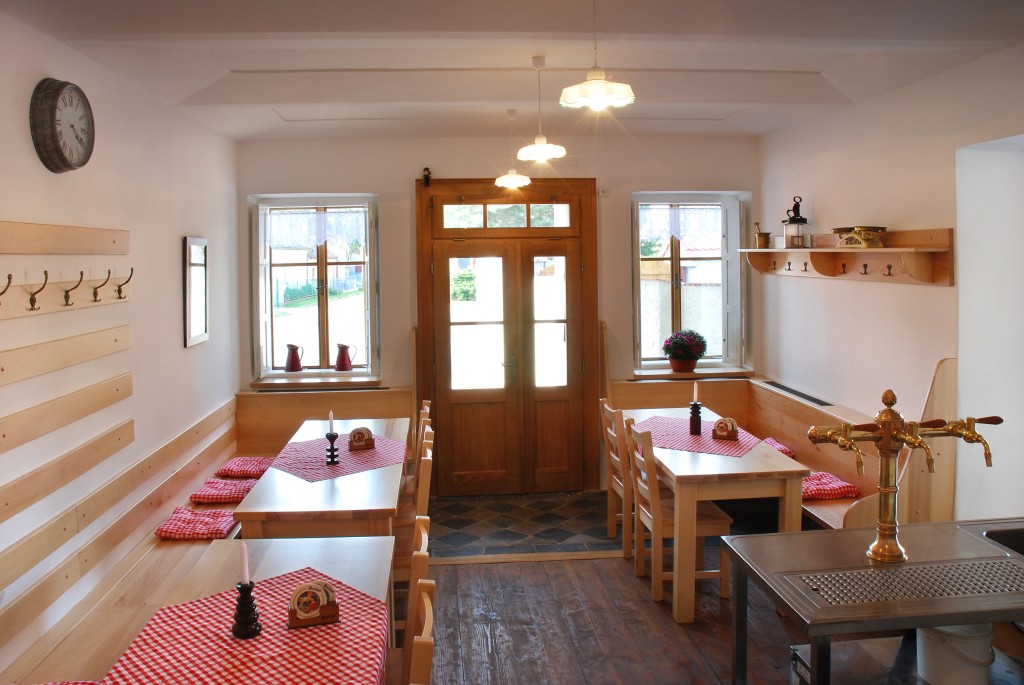 Talking about sitting: it’s highly recommendable to make reservations in time, the place is popular. When we went there on a late Thursday afternoon in rainy April, most tables were taken. They have a reservation form on their website and speak English, so it shouldn’t be a problem. Another good thing about Na Pekárně is they are bike friendly, meaning you can show up in any old sports outfit without getting funny looks, and park your bike safely at the stands in front of the house – a refurbished Central Bohemian cottage from the 19th century. 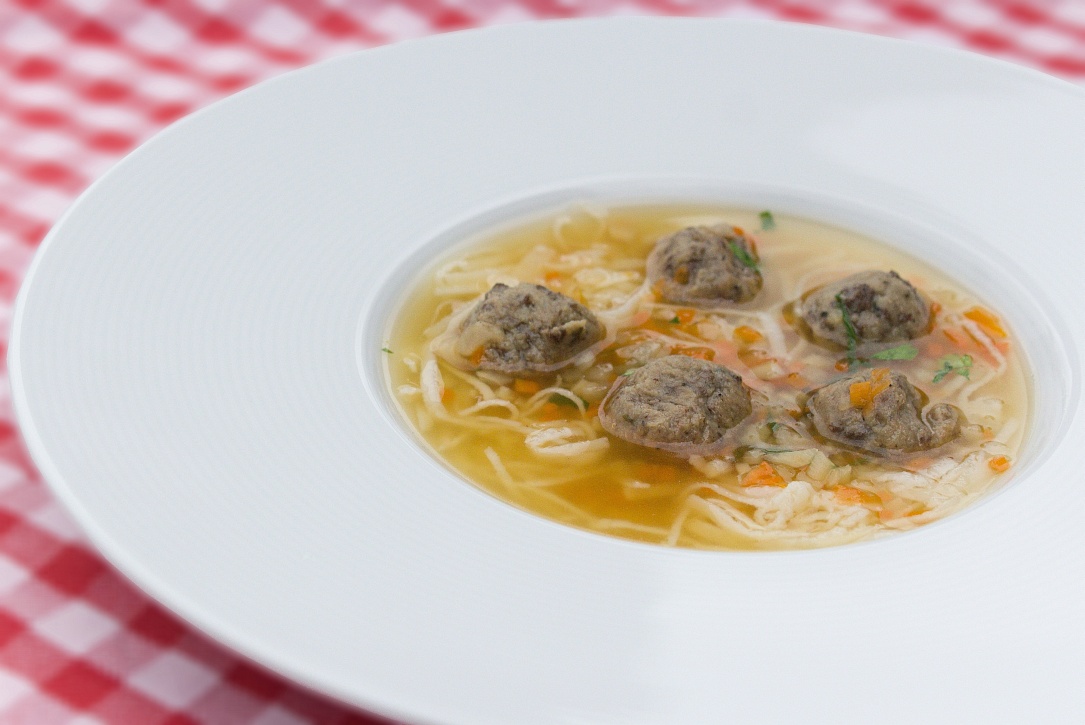 As to getting there and back there are various options. My favorite round trip combines cycling and public transport, Prague Metro (subway) and train. Instead of climbing the hill up to Prosek, I take my bike on the Metro to Letňany (red line), then cycle to Kbely (Prague Aviation Museum), pass Ctěnice (baroque castle), and follow the small country lanes (ordinary Czech life) among fields and through villages down to Zaryby by the Elbe River. There, turn left and follow the bike path to Kostelec na Labem and pedal another 6km southwest to Čakovičky, where anybody would give you directions to Na Pekárně, the only attraction of this village of 160 (yes) inhabitants. If you’re getting thirsty along the way, stop in any village pub you’ll find. Or wait until you get to Kostelec nad Labem, where they have a public still/sparkling water machine by the bus station. For half a liter of soda water you pay 2 CZK (1 Euro = 27 CZK). Bring your own bottle, though. Czech sideways are unbelievable.

If, after your meal, you still feel like cycling, take the same way back to Prague. Or, which I would suggest, take the train back from Neratovice, just some 5km away from Čakovičky. 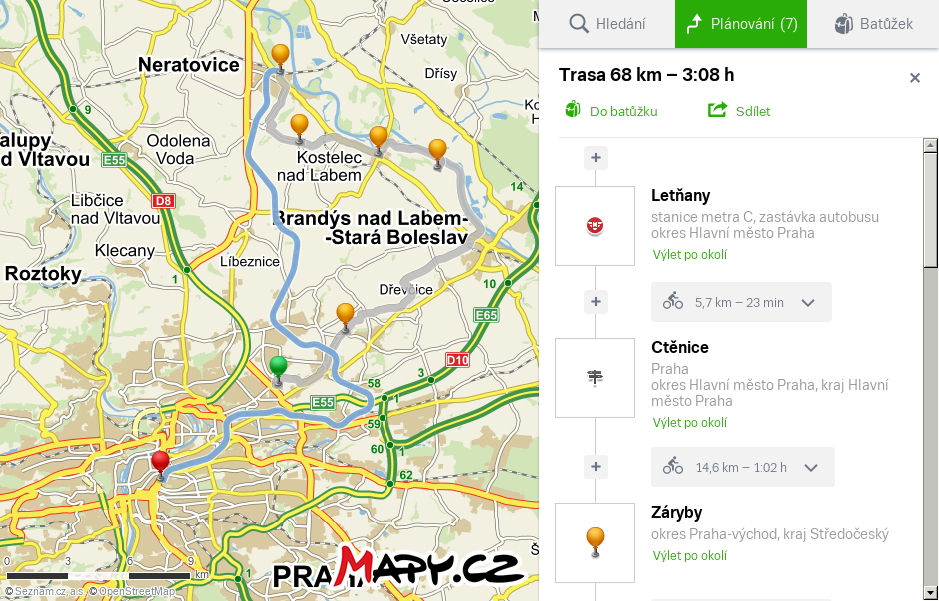 Bike and Dine: Pedal for Your Palate