What Makes a Perfect Cycling Photograph?

Over the last years we have watched Jan Kasl’s photography career explode and become very successful in the mountain bike industry. Jan works for numerous editorial and commercial clients including Red Bull Content Pool, and his photos have been published in many outdoor and action sports magazines. We are glad to have him as our contributor. We met Jan to ask him about his fascinating work. 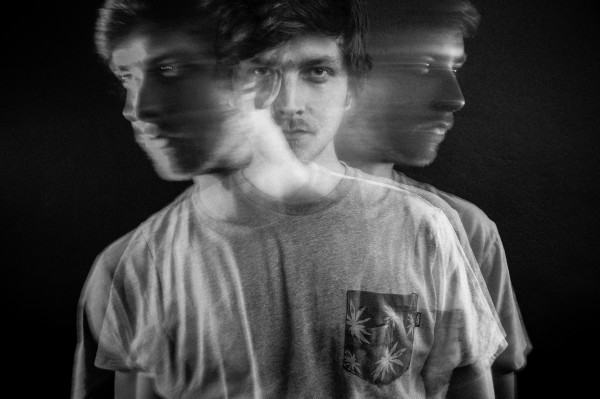 Surprisingly, I wasn’t inspired by my parents at the beginning as many of my colleagues and friends. It all started with me being a part of a big snowboarding crew. We needed photos and publicity in the media. As the weakest part of our team I was assigned to take pictures of others. After a while I started to have fun and I even won some award with a photo of a snowboarder jibbing down the handrail. 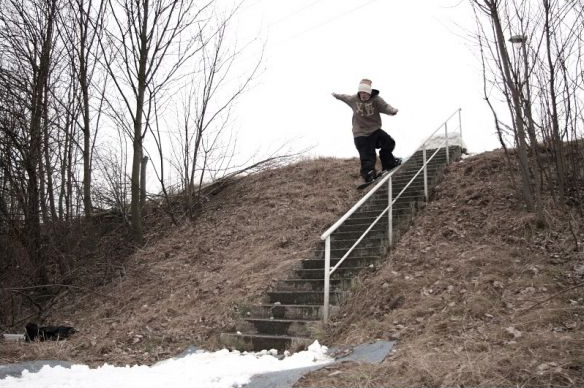 I’ve decided that it made sense to carry on shooting and my career of a sport’s photographer was conceived.

How did it happen that you were brought to shooting mountain biking professionally?

Couple of years ago I met Martin Vrbicky and Stepan Romanov from the Fullface Production. They were both very much into skiing and mountain biking. At that time they were shooting the mountain biking movie Spectrum. I became a member of the team and made a photography for the project. The first rider I shot with was the Czech freeriding legend Richard ’Gaspi’ Gasperotti, four-time participant of the Red Bull Rampage. 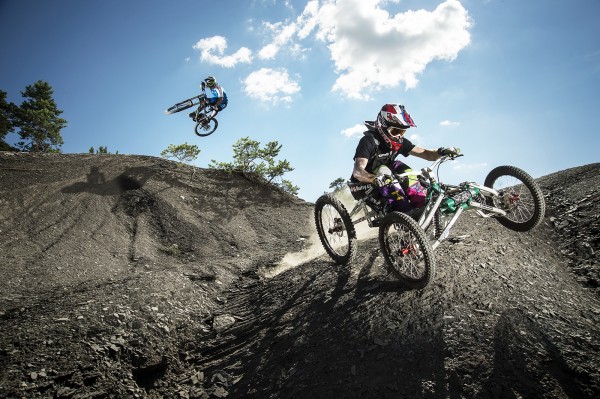 What do you like in particular about shooting MTB than other sports?

In comparison to winter sports, I liked that everything’s happening in a warm weather and I don’t need to prepare any other stuff except my photo gear. But this January I shot a catalogue of the Ghost Bikes in the South Tyrol Alps. I call that part of the country a fake Italy, because they bring you a schnitzel with potatoes instead of a pizza and they speak German. One day we woke up very early to catch the sunrise and the temperature outside was minus fifteen degrees Celsius. No kidding! The comfortable mountain biking days are over.

What’s in your camera bag when you set out on the trail to shoot with friends?

I am famous for wearing a really heavy photo gear including big lights wherever I go. Friends of mine are making jokes about me saying that I’m looking like a polish Christmas tree. Normally, I used to be a photographer who came to the spot by car, walked to the jump, prepared the scene and made a photo. That was it. I was happy when I made a single perfect picture within one photo session. But things have been slowly changing. Last time I put all the stuff on me and rode fifteen kilometers by bike with my ogre-sized gear to accompany the other guys on the trail. I plan to make more trips and adventure documentary instead of staged photo shooting in the near future.

A question anyone who has shot with you wants to know the answer to – how heavy is that camera bag of yours?

I really enjoy my big flashes. The total weight with cameras and lenses altogether is insane. Already two years ago I was called Mr. Flash on the Nine Knights freestyle biking in Livigno, Italy, because of my obsession with using flash with every single shot. 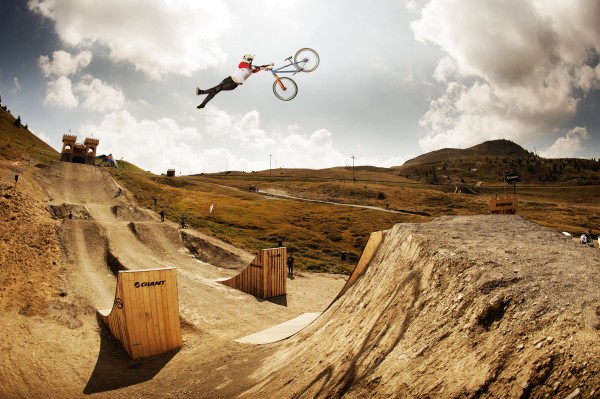 I developed a unique method combining flashes with high shutter speed, which used to be impossible couple of years ago. I’m using special portable Fomei flashes for this technique. In the early steps I even had to turn my camera upside down, which looked really weird in the eyes of other people. I looked as the stupidest amateur photographer, but I was happy with my pictures and that’s what counted. I hope that my photos persuaded the mockers that I was right. But generally, using flashes in extreme sports is on its descent.

Have you received some special awards or recognitions for your photos?

I’m working as a photographer for the Red Bull Media House. The biggest number of awards I’ve ever gotten was for the photos of the Czech biker and Red Bull sponsored athlete Tomas Slavik. He is the two-time world champion in the four cross. Another portrait of him won me the Best Marketing Photo of the Year at the ISPO sports goods trade in Munich. 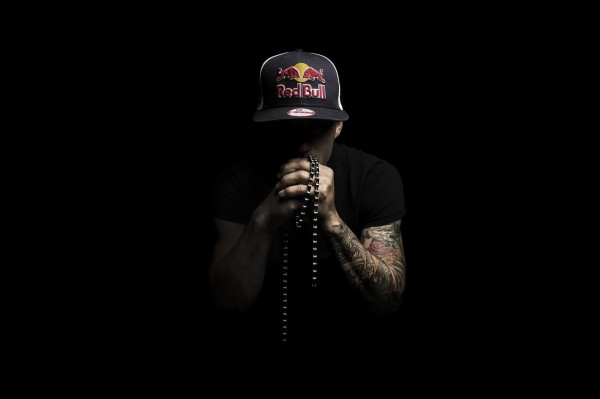 Then there’s the Tomas’ drifting photo from Bali, which I can’t stand to see anymore, because in recent three years this particular picture has been published almost everywhere. 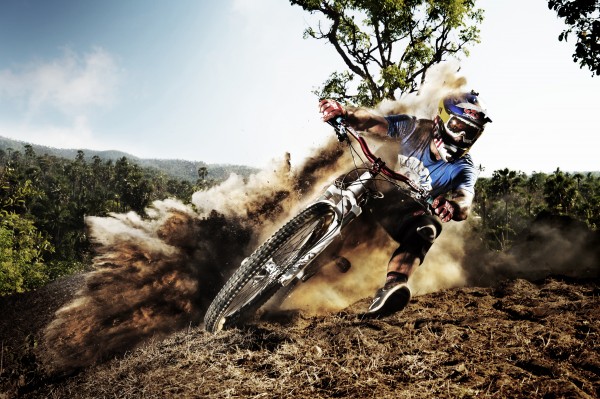 Last year I made a photo of Tomas in Chile, which was announced as the photo of the month at the Red Bull Photo Pool. 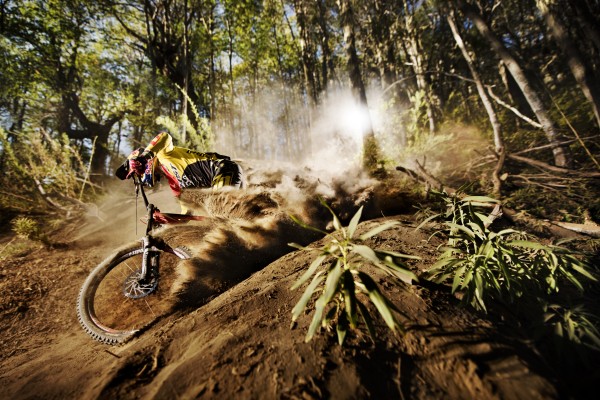 What was your most dreamy mountain biking destination so far?

Must it be from a biking trip? Because the most astonishing spot where I was taking pictures was on Lofoten Islands in Norway. I took part in Unstad Arctic Surf Camp in December last year. There was horrible, rainy weather and the water temperature was ice cold, but the atmosphere was unbelievable. 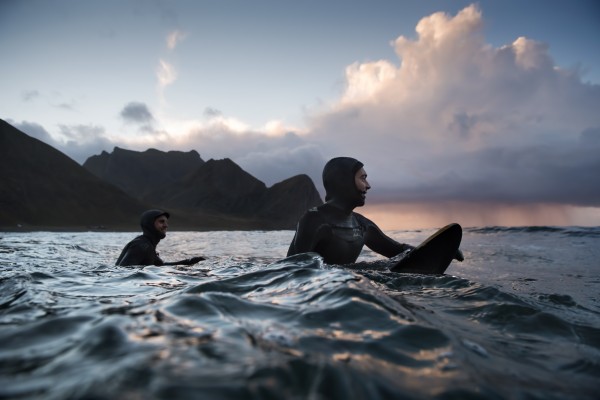 I am very much into underwater photography now. I spent more than 2 hours every day in the icy waves. Concerning biking I remember dozens of great countries I’ve visited and amazing landscapes of Morocco, Bali and British Columbia.

You’ve been shooting on some places many times. Is it getting harder to find a new angle on one of the most photographed mountain bike spots in the world?

I’ve always been trying to think up some crazy stuff, like to implement steel wool into Tomas Zejda rear wheel. Steel wool photography involves fire and the results look awesome, but the process can be dangerous. Tomas was almost set on fire, so we rather quit the experiment.

What’s your favourite time of the day/light for shooting?

More and more I try to combine photography with natural light and added flashlight. Because I use powerful flashes I can achieve nice and fully saturated photos, regardless of the daytime or daylight. But likewise other photographers I prefer the sunset because I don’t have to wake up early and the light is great. 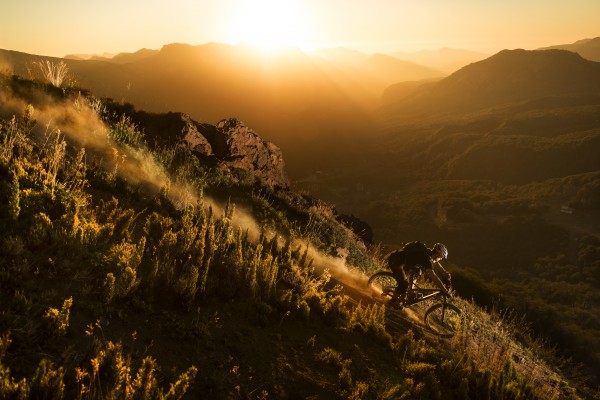 Who is your favourite rider to shoot with and why?

Most of my time I’ve spent with Tomas Slavik, Tomas Zejda and Michal Marosi. 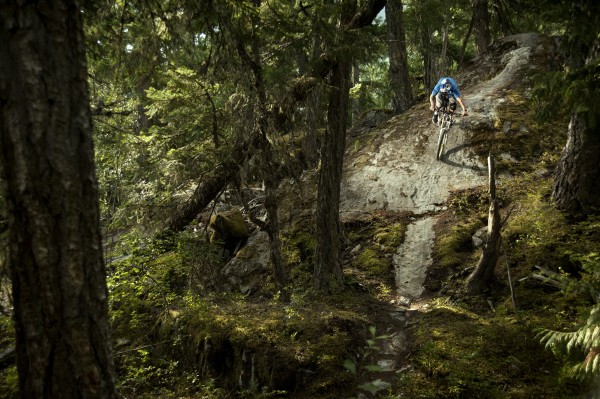 Do you ride yourself? What bike do you have and how much does this affect the way you look at the sport through your lens?

My mountain biking skills are very similar to the level of my snowboarding abilities. I don’t even have a bike. My friends Martin and Stepan from the Fullface Production always laugh at me but I’m really not that bad. I can ride without additional training wheels! I do lot of work for a German brand Ghost Bikes. The guys usually lend me a nice bike whenever I need. Last time I was promised to get my own, so right now I’m looking very much forward to it.

What would you advise to the photographers who want to shoot a beautiful mountain biking photo?

Don’t waste your time checking the latest photography tips and tricks on the web. It’s much better to go out with your camera and try to do your best. Theory is great but practice makes masters.

What are your plans for 2016 and beyond?

Now I’m going to fly to Cyprus to shoot with girls from the German national cross county team. Then I’ll move to New Zealand to realize a special project with bikers Michal Prokop and Tomas Zejda. The guys will later compete at the local Crankworx event at Rotorua. Tomas Slavik and I would like to arrange a fishing trip to the north of New Zealand after the race. Directly from New Zealand I fly to Madeira, where will be a press camp and a launch of new models of Ghost Bikes. Later on I’ll take part in opening of a new wakeboarding park in Brazil. Hereby I want to thank my girlfriend Kristyna for a great patience.

How to Make Great Bikepacking Videos: What Gear Should You Pack?