7 thing which made this TdF unforgettable

Tour de France 2015 is over, leaving us to reflect on the most unforgettable moments of this year’s race. Open […]

Tour de France 2015 is over, leaving us to reflect on the most unforgettable moments of this year’s race.

A lot was said about fair play amongst the riders, but what about the fans? 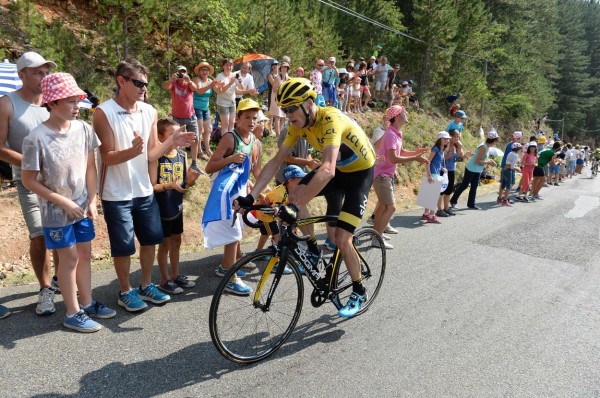 Team Sky accused some French media outlets of irresponsible reporting that caused certain fans to turn violent. Chris Froome, wearing the Yellow Jersey, had urine thrown on his face by during Stage 14 to Mende Read, and was spat on while climbing La Toussuire, while his Team Sky car was hit, heckled and told off by fans. And Richie Porte was hit in the ribs during the La Pierre-Saint-Martin stage. But nothing could stop the Froominator from taking this year’s trophy, allegations of doping be damned.

People usually hesitate to talk openly about money. Not so team Tinkoff-Saxo owner, Oleg Tinkov, who compared his budget to Team Sky’s. “Their strength in not actually the money, as other people have said,” said Tinkov. “We have similar budgets; we spend 27 million Euro, while they have about 33 million Euro. The fundamental difference between Team Sky and other teams is that they have a long-term project. They’ve got a minimum of a five-year plan, if not even ten years thanks to a commitment from Murdoch’s empire.” 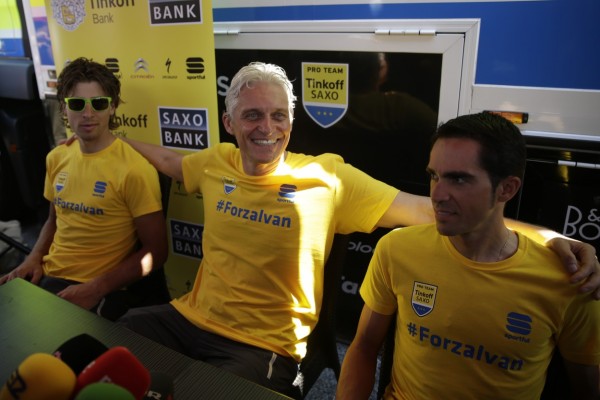 The terrifying scene was aired over and over, the horror coming without warning just 60km into Stage 3 on a section of straight but rapidly descending road. With the peloton going over 80kph, two riders clipped their tyres, and suddenly bikes and bodies exploded into chaos behind them.

The crash left a number of riders bruised, battered, and scarped, and led to the organizers neutralizing the race on three occasions over the next eight kilometres due to safety concerns as doctors treated the fallen. Dutch rider Tom Dumoulin had to abandon the Tour with a fractured collarbone, while Orica-GreenEdge lost both Simon Gerrans and Daryl Impey to broken bones. Meanwhile, Cancellara finished the stage, but lost five minutes and was later diagnosed with a broken vertebrae and also had to abandon the race.

Peter Sagan once again dominated the points classification and showcased his extraordinary all-round prowess, yet has failed to come away with a stage victory. He finished in the top five on nine of thirteen stages, and took second place a record-setting five times. 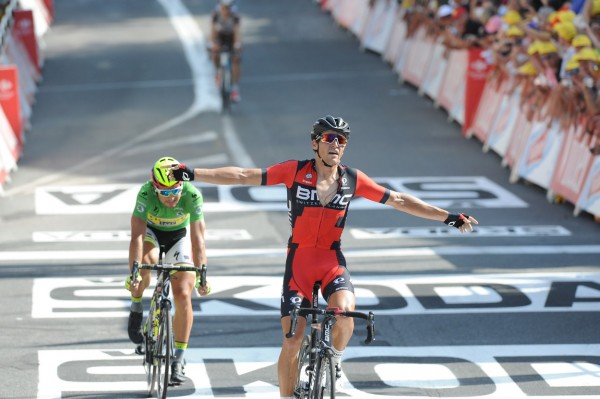 Riders are under a lot of pressure, and tightly coiled nerves are bound to snap. When German Tony Martin fell after losing his front wheel on the final climb of Stage 6, he caused a mass pile up that took out Nibali and Quintana. Froome, however, managed to stay upright, despite Nibali making contact. 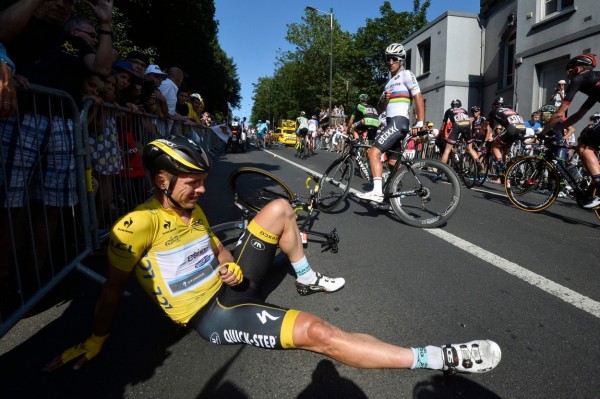 After the race Froome jumped onto the Astana bus to clear the air with Nibali, who denied accusations of throwing a bottle at the British rider after the crash. “In the heat of the moment, I was very angry with him,” said Nibali. “At the time, I thought he was the one who had hit me and caused the fall, but that wasn’t the case. I’ve watched the video since and I’ve seen that it was Tony Martin’s crash that brought us down. Froome came on the bus to clear things up and I apologised to him as well.”

Many commentators were on the verge of writing off Manx sprinter Mark Cavendish when Cavendish spotted a gap between two cyclists on Stage 7 and, in the blink of an eye, came through to take his first Tour stage in two years. With so few sprint stages in this year’s race the win was all the more important. 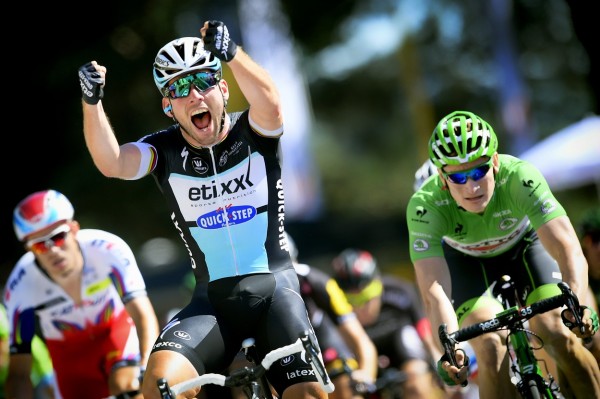 “I wanted it,” Cavendish said afterwards. “I had a feeling about the sprint when I was lying in my room with my wife and daughter. I just had this feeling. I was relaxed and knew that I would be okay.”

Geraint Thomas had a dramatic crash on the descent from the Col de Manse, nearly wrapping himself around a pole after being bumped by Warren Barguil, but he managed to remount and carry on. “I guess the doctor will ask me my name and date of birth soon,” Thomas said. When asked if he remember, he dead panned, “Chris Froome.”