Today, climbing up the hills is easier and brakes are more effective than they used to be. The mountain bike […]

Today, climbing up the hills is easier and brakes are more effective than they used to be. The mountain bike evolution has brought some fantastic results!

Before: Linking three gears at the front and six at the back seemed visionary twenty years ago. You could get up almost any hill with it. There were problems with changing gear though. There was constant scraping and clunking and the gear settings had to be painstakingly adjusted. The ideal wheel size settled at 26″ for improved handling in rough terrain. To ensure a more effective transfer of power to the pedals, the clips everyone is familiar with from racing bikes were mounted onto the pedals, but as soon as you hit the ground (a frequent occurrence on a mountain bike) they posed a problem. 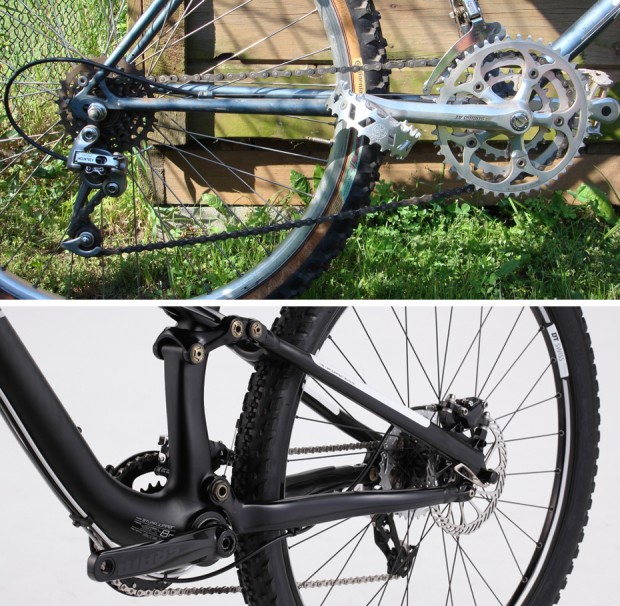 Now: Although experiments have been conducted with various drive mechanisms and even covered gearboxes, the good old chain has emerged as the best solution in the end. Changing gears is smooth and can be done in the twinkle of an eye. The introduction of clip-less pedals represented another leap in progress. They ensure that no energy is lost and if the rider falls, then all it takes is a simple movement and your shoes are free. In recent years there has been an increase in the use of larger diameter wheels, which have greater momentum and are better over uneven ground. The fact that 29″ wheels are not some kind of passing fad has been demonstrated by the fact that they have come out on top in the World Championships.

Before: Brake blocks were mounted on bikes from their outset. They operated based on the principle of friction between the metal rim and rubber blocks, created when the runner blocks were pushed against the frame by the brake shoes. They worked well in dry weather, but as soon as you got into rough terrain, as sometimes happens on a mountain bike, then you were in trouble. The brakes required constant adjustment, the effectiveness was pathetic and the only cast-iron certainty was rigor mortis in your fingers from gripping the brake lever so tight. 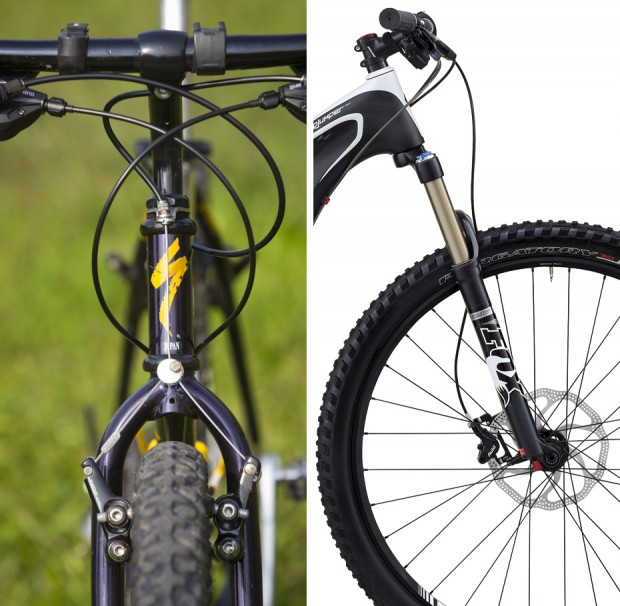 Now: Most bikes from middle of the range upwards are fitted with hydraulic disc brakes. They are light and effective, even without squeezing for grim death, and are reliable in both, wet weather or mud. Unless there is a defect, you don’t need to do anything with the brakes. All you have to do is replace the brake pads, once a year on average, and you are ready to roll.

How are bikes better today than they were in the past? Read the first part of Mountain Bike Evolution series: Frames, Suspension and Geometry.

Ousting the Notion of Cycling Elitism

7 Tips to Get Successfully Through a Stage Race or Ride