The off-season has come for riders up and down the peloton, with some heading home, spending time with family and resting after what was the first ‘normal’ season since the Covid-19 pandemic.

For those under the World Tour though, it has been another relatively frustrating year, especially for British riders, not knowing when their next race is coming due to Covid restrictions or any number of usual seasonal complications.

Red Walters, a 22-year-old sprinter rising through the ranks in the UK, has faced the same problems and, although it may have been a stop-start season for him, he has taken every opportunity that has come his way. The Hampshire-based rider made headlines this year, becoming a stagiaire with Axeon Hagens Berman, thanks to an initiative set up by 2020 Giro D’Italia winner Tao Geoghegan Hart.

When the road catches you slippin… pic.twitter.com/ocPsK2yQA6

This allowed him to test himself against some of the best in the sport, competing alongside the likes of reigning world champion Julian Allaphillipe in Belgium. It may have been a big step up from smaller races that Red had been competing in – and winning – in France, but the experience has left him looking for more of the same chances in 2022.

Speaking about his time with the world-renowned Under-23 squad, a team that Tao himself earned his stripes with before joining Ineos Grenadiers, he said: “The Axeon deal came about through Tao’s sponsored stagiaire programme.

“I sent a massive CV, it’s probably longer than all my essays at school. I had it in the back of my mind.

“In May and June they put another statement out saying they were still looking for riders and I thought ‘Damn, that means me out of it’, but two weeks later Tao asked for my WhatsApp number and it went from there.

“I had a race that day and did terribly – I just couldn’t focus!”

Red has also found a mentor in Geoghegan Hart, who has been sharing tips throughout 2021.

“Tao’s been great at bouncing ideas off and sharing advice. He’s got so much experience and he’s been helping me with my options. He’s always quick to reply and it’s been so helpful.”

Those two races, Druivenkoers – Overijse and the Brussels Cycling Classic, gave Red a fountain of knowledge that he is eager to demonstrate in 2022.

“They were the first two races at that level I had ever done. It was a crazy, crazy experience. I didn’t feel out of my depth from the start, but I look to my left and there is Julian Alaphilippe and Fernando Gaviria, my idols, and they are just there.

“I would say I gained more experience in those two races than the previous two years, maybe even three. It was such a different environment at those races, the skill of the riders – I noticed – was just so much higher.

“In terms of learning, I sort of had an idea of how these races go, but there are so many things that aren’t even tangible that I picked up. You go over there [Europe] and the positioning is coupled with the timing and when the race gets hard I find myself at the wrong spot, even when I thought I was doing everything right. That essentially happened in both races, the guys who were fighting knew exactly when to be in the right spot.

“When it went, Alaphilippe was sprinting and attacking and I was 150 wheels back. These lessons have all taught me a lot though.”

In a YouTube video he made, he talks about being ‘dejected’ with his third place, but speaking on Zoom, the Pan-American Championships is the one that he is still thinking about now.

“Planning a trip during Covid times is stressful, it’s all the forms and the papers.

“I won the Under-23 title at the Caribbean Championships, but the Pan-American race is the big dog, you get a UCI-sanctioned jersey and that was the one I was targeting.

“The course suited me perfectly, pan-flat, and I spent the whole race saving energy. It got to 500 metres and I was on the back of the Colombian train. Another rider hit the Colombian sprinter and I went down.

“I’m still not over it, I’m not going to lie. I’m still salty about that. A podium was guaranteed and I was confident I was going to win. Especially with the Colombian lead-out winning the race. It’s super frustrating, but I will put it behind me.

“It was a lot of time and investment to get over there and I’m glad I came away with something.”

Red goes into the off-season speaking to future teams about next year, with one deal set to be announced, all being well, in November – a deal he remains tight-lipped about but one that will give him plenty of UCI opportunities. The deal with Axeon in 2021 is paying dividends to get his name out there.

But one goal for next year that he is open about is his goal of representing Grenada at the Commonwealth Games in Birmingham, and not just on the road either.

“The Commonwealth Games is literally a couple of hours from my house next year, so I am definitely keen to go. I want to do all the track and the road. Luckily the timings are not too tight, so that will be great.

“I want to do the Pan-American Championships again. I want that jersey now, that’s a big goal of mine.”

After two protracted years of racing for Red, 2022 is already setting up to be one of the most pivotal for him as he continues his quest to the World Tour. But for now, it’s time to be with family, watch Netflix and play his guitar, before the racing takes over again soon. 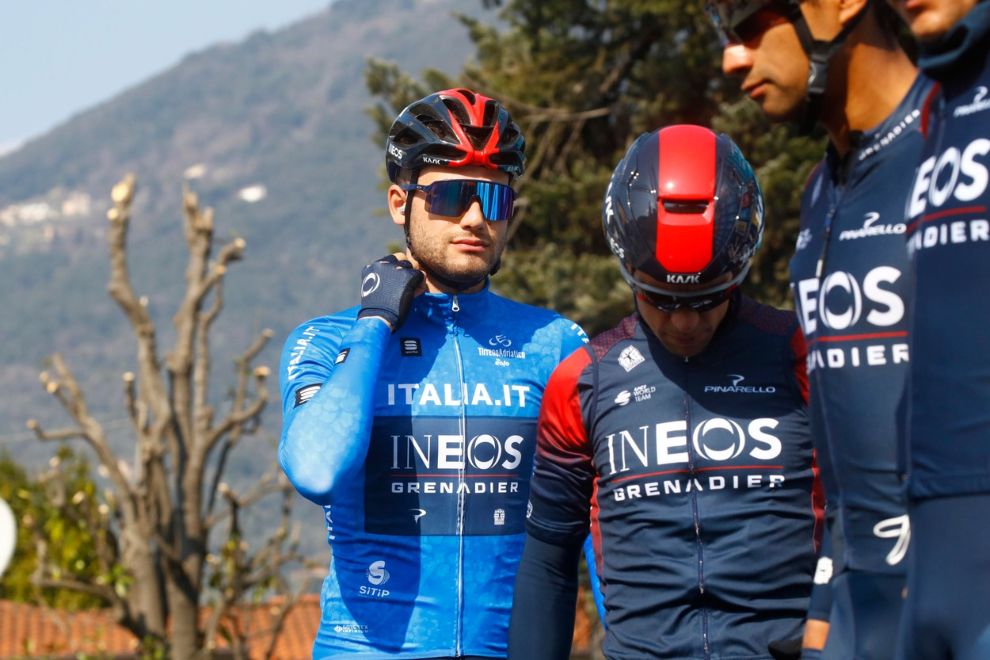 Creating the First British Winner of the Tour de France, Within Five Years

The Dramatic Development of Tour of Flanders