Since kicking off in ​2015, Roam Bike Fest has become a destination event for women mountain biking enthusiasts from around the United […]

Since kicking off in ​2015, Roam Bike Fest has become a destination event for women mountain biking enthusiasts from around the United States and beyond. The first of its kind, Roam is three days of trail shredding, socializing, learning, and non-stop good times. With hundreds of bikes to demo, group rides with local leaders and brand ambassadors, workshops and presentations, plus parties, happy hours, and film screenings, Roam is a celebration of the mountain biking community and the women who support it. Growing from a small, grassroots initiative, it is now in its sixth edition with a reputation that has it selling out months in advance.

​
The brains behind this successful operation? Ash Bocast. Ash founded Roam Events following a 15-year career in adventure travel guiding, coaching, and event management that has taken her around the world. Her passion for riding began in 2008 while living in New Zealand and she was hooked from the get-go. “I’m an all-or-nothing person,” she explained. “My first ride was with the guys from the bike shop I was working at; it involved a lot of walking and a few tears. But, obviously, I persevered and it has become a major part of my life.’ 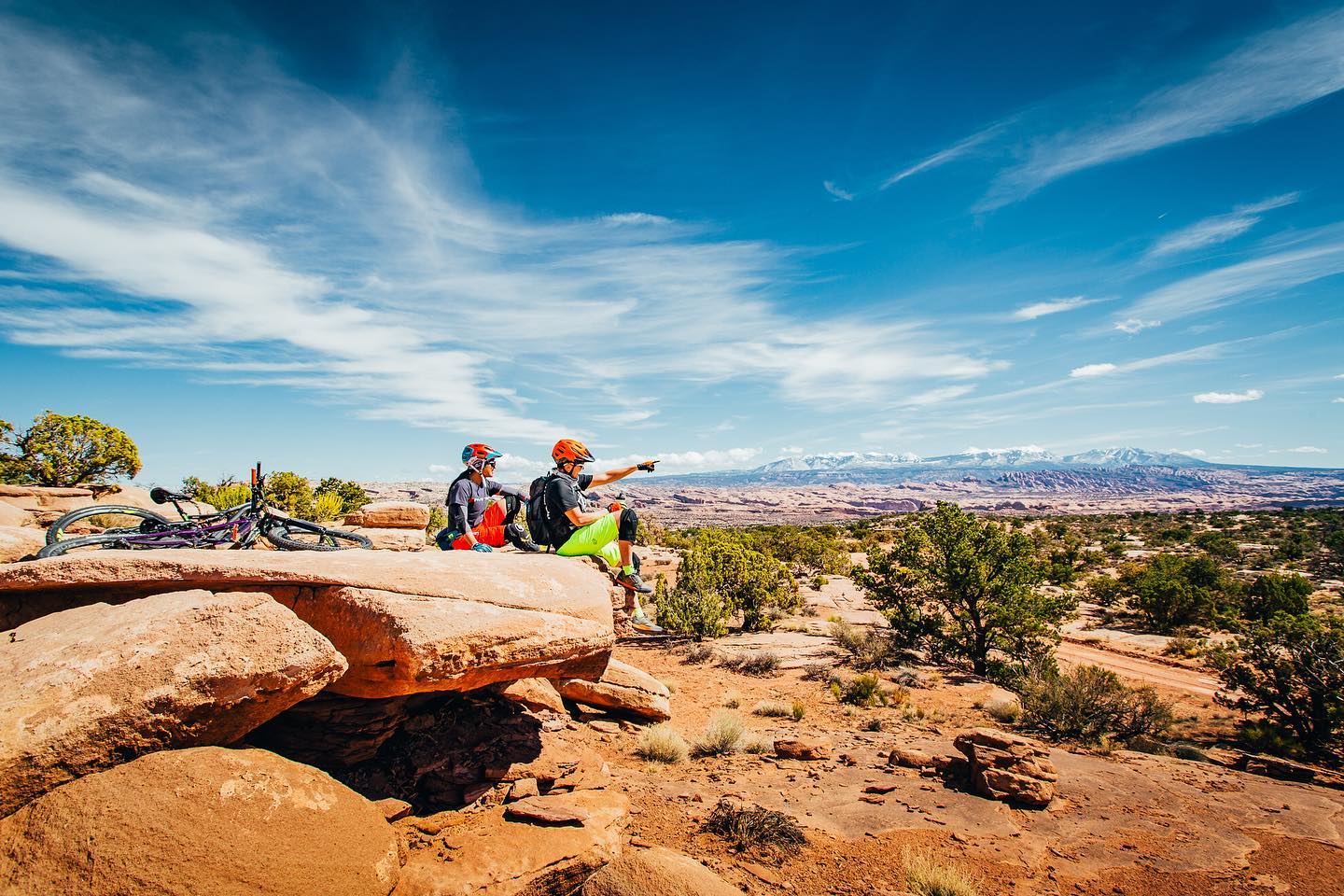 Eager to spread her enthusiasm and to create a space for other women who love to shred, Ash started Roam Bike Fest four years ago. Working with a blank slate, her and her team were determined to pull off a different kind of mountain biking festival. As she said, “our goal was to overhaul the typical festival experience. I grew up going to summer camp and I wanted to create that kind of atmosphere where you can just show up and immediately start having fun and getting to know people.”

With her industry expertise, Ash has also worked hard to act as an intermediary between big biking brands and the event’s attendees. “We made it clear that we didn’t just want brand ambassadors to just show up and sling products, we want everyone to hang out, have a beer, and feel comfortable asking questions.” No doubt Roam has succeeded in curating an experience that people are eager to have and with their ‘hugs not handshakes,’ policy, it is no surprise that many of the women go home with more than sore legs.

This laidback atmosphere further reflects Roam’s mission to facilitate an inclusive environment where women can feel comfortable being themselves. Ash explained that it starts with their staff and the partners they bring along, “the friendly vibe is contagious and, although about one-third of riders come alone, everyone leaves with pals.” Highlighting another great aspect of a women’s only event, Ash has found that, “women are inherently welcoming. We just set the tone, create the right environment, and it happens organically.” 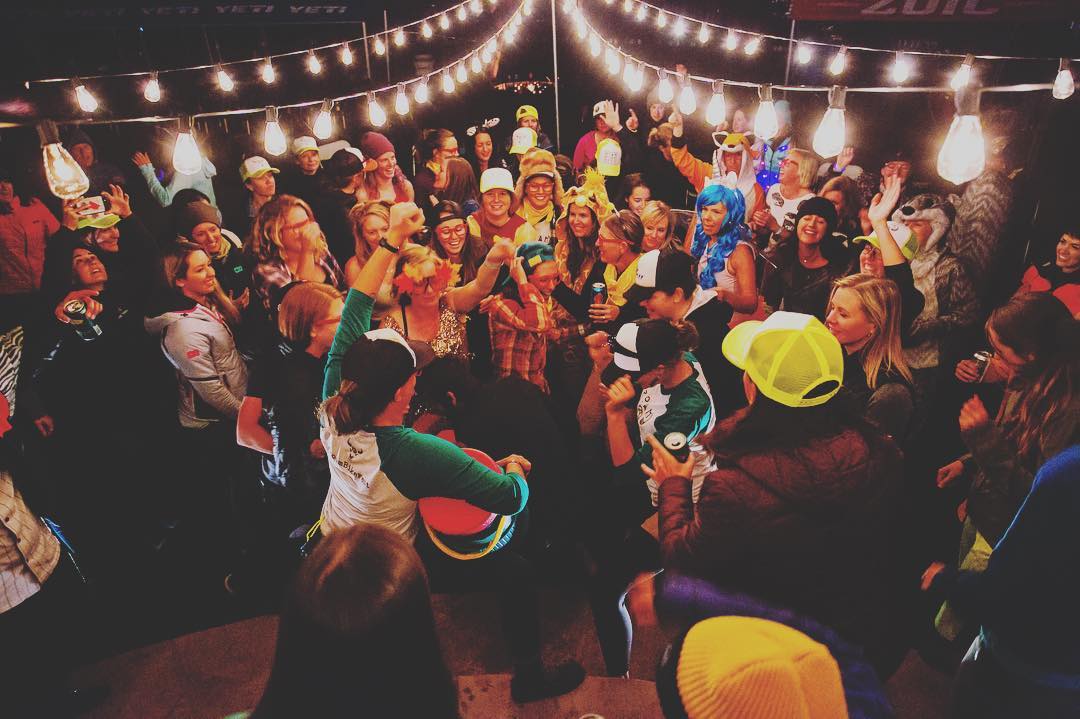 When it comes to the companies that participate in Roam Fest, which include Pivot, Liv, Specialized, Juliana, Ibis, and more, Ash and her team are extremely picky. When asked about any brands she feels are doing great things for women, she responded by saying, “everyone at our festival. If they’re not actively engaging in women’s mountain biking, meaning they have female employees, ambassadors, and athletes, we don’t invite them. We choose brands that show up for women throughout the year, not just at this event.”

Of course, not everyone feels as enthusiastic about a women’s only event, and Roam has had to deal with some negativity as the festival has grown. Although Ash is quick to acknowledge that most of it has been good-natured, with envious men joking about whether they can put on a wig and join, some sceptics simply don’t see the need for a women’s only festival. But with her ‘why not’ attitude, Ash says, let the haters hate. “I think a lot of women feel more confident and more inclined to join bike events or sporting events in general if they are women-specific. Thousands of women have had an incredible time at our events and we’re going to keep doing it until that isn’t the case.”

She also shared a potent anecdote from last year when Jill Kintner, decorated mountain cross racer, showed up unexpectedly at their event. She told Ash and her team that she’s never been to a women’s only event before and that she had no idea it would be this much fun. A valued endorsement if ever there was one, it speaks to the unique alchemy that happens when a bunch of women, many of whom are used to being the only female in a pack of guys, are able to come together and share their passion. 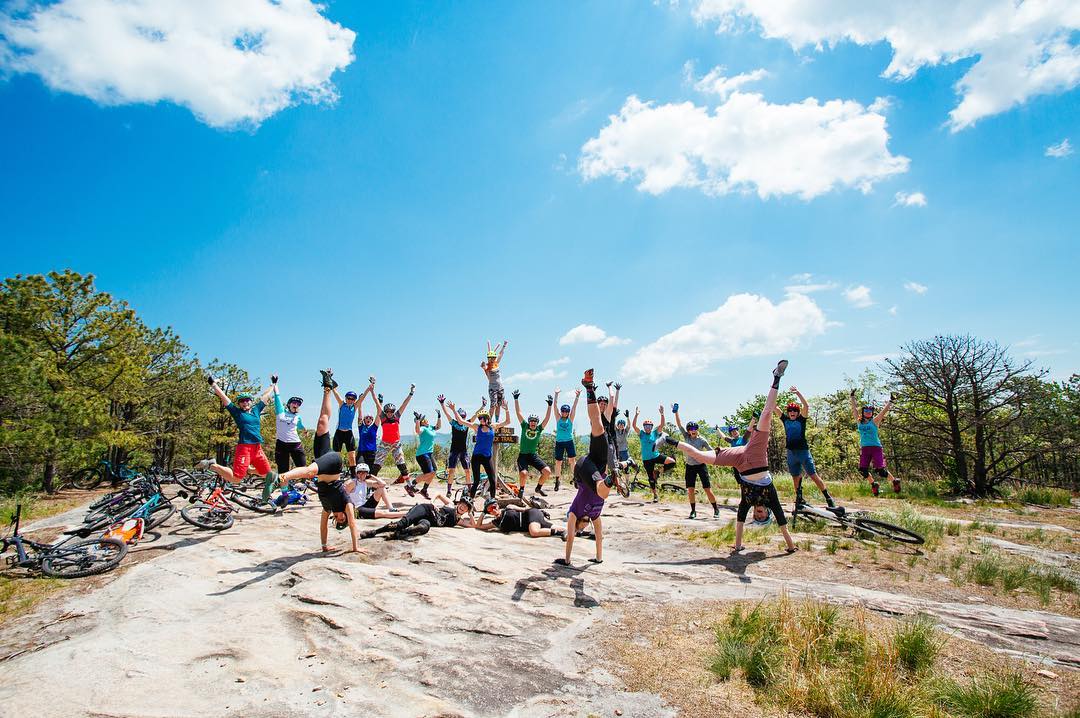 Roam Fest is a testament to what can happen when women take matters into their own hands, carving out space for themselves in a heavily male-dominated industry. We asked Ash if she had any advice for women who might be inspired to start their own event. Her response? “Just go for it. If you don’t try, it’s never going to happen. Be prepared to work like crazy, making something like this happen takes a tremendous amount of time and energy.” But most importantly, she concludes by saying, “just be kind to yourself. Accept that things will be small when starting. Barely 100 people bought tickets to our first event, we had to give lots of spots away just to get people there. Now we’re selling out three months in advance. Take it one day at a time and trust that you’ll get there.”

You can find more information about Roam Bike Fest and Roam Events on their website. A big thanks to Ash and happy shredding to all the lucky women who will be attending Roam in Sedona next week!

What Are the Barriers That Keep Women from Cycling?