Monika Mixova (30) from the Czech Republic is a downhill rider living in the UK where she rocketed up to the top and started racing in the elite category after a single season. In the past, she travelled a lot and spent three years in New Zealand where she met her boyfriend Mike who comes from North Yorkshire, UK. After living in Queenstown for 2 years, they decided to go back to Europe instead of extending their work visas, and the UK was an obvious choice. Monika used to be a track cycling racer when she was younger, but now she races the British downhill series for Stif Mountain Bikes.

There are many girls who ride MTB, but only a few take up racing. When did you decide to try it?

I think women’s mountain biking has become much more popular over the last couple of years here in the UK. There are a lot of girls getting into mountain biking through their boyfriends or friends, and they are just enjoying riding. Now, there’s a lot of female-specific training days where girls can gain the needed confidence to sign up for an entry-level downhill or enduro race. To step up their game from there, there are still 3 female categories at the National Series: Open, Senior and Elite. So everyone can work their way up. It was my boyfriend’s idea for me to go and sign up for my first race here in the UK. 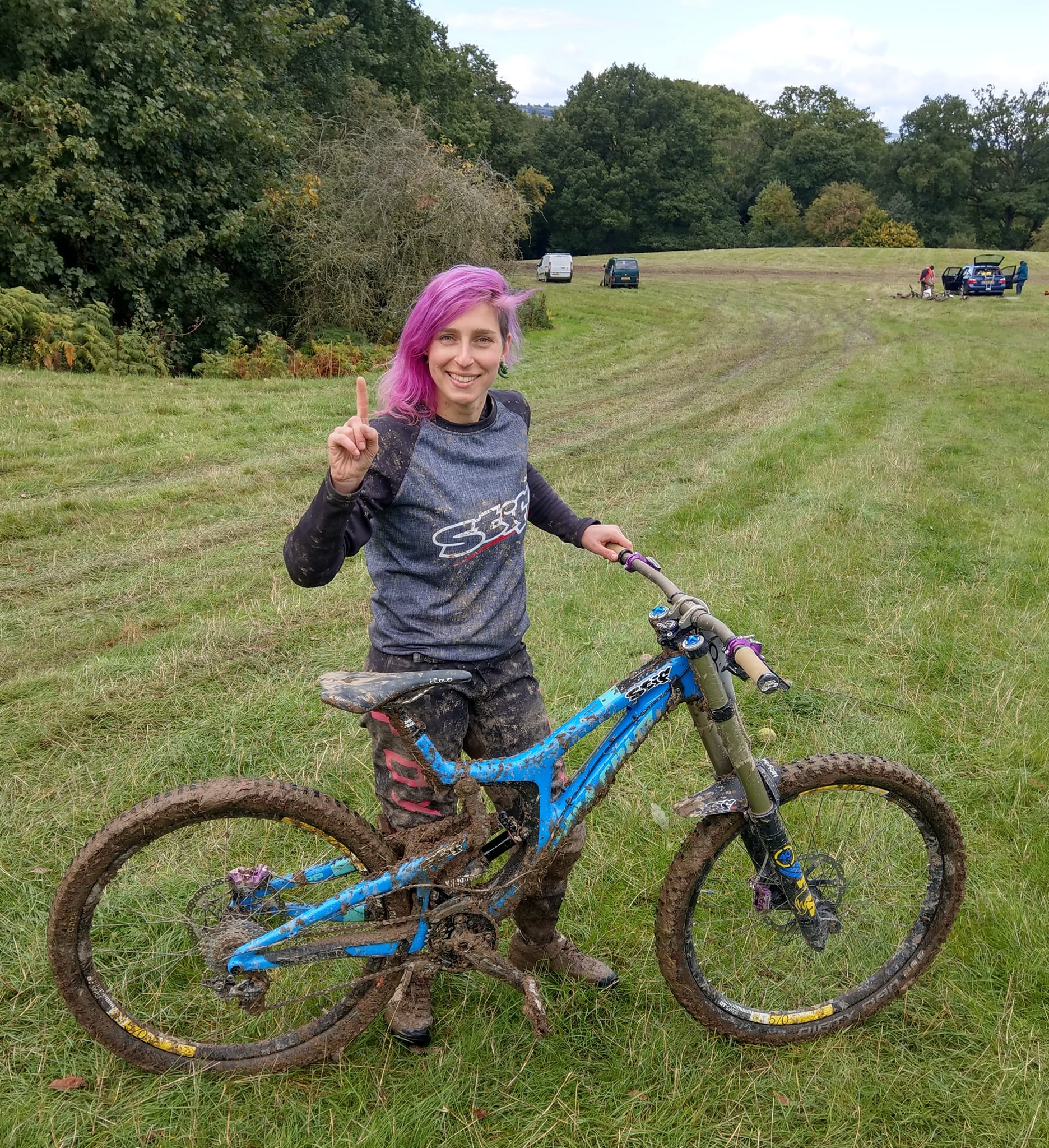 Was it difficult to break into racing in the UK?

I did a couple of smaller races (Borderline/Gravity series) and then signed up for a national race in Senior in 2017. I didn’t know anybody and didn’t have a clue what I was doing. I thought I could ride a bike, but didn’t know how to race. I raced the whole series in 2018 in Senior and won the overall title. Since the beginning of this year, I’ve raced in Elite category, which still feels a bit bizarre to me. It happened really quickly.

Is there a difference between mountain biking in the Czech Republic and the UK?

I haven’t lived in the Czech Republic for a long time, so I’m not sure if I can compare. The UK has a massive MTB community and I believe that it’s partly because some of the best male and female MTB riders in the world are from here. The motivation and inspiration are huge when you have the opportunity to regularly ride and race with the best of the best.

What has been your most successful race so far and did you struggle with any?

The buzz I got from racing Fort William was very unique. But at any race, regardless of the result, a successful run for me is crossing the finish line knowing I’ve done everything I could. The biggest struggle was definitely racing with a broken rib at the beginning of the year. 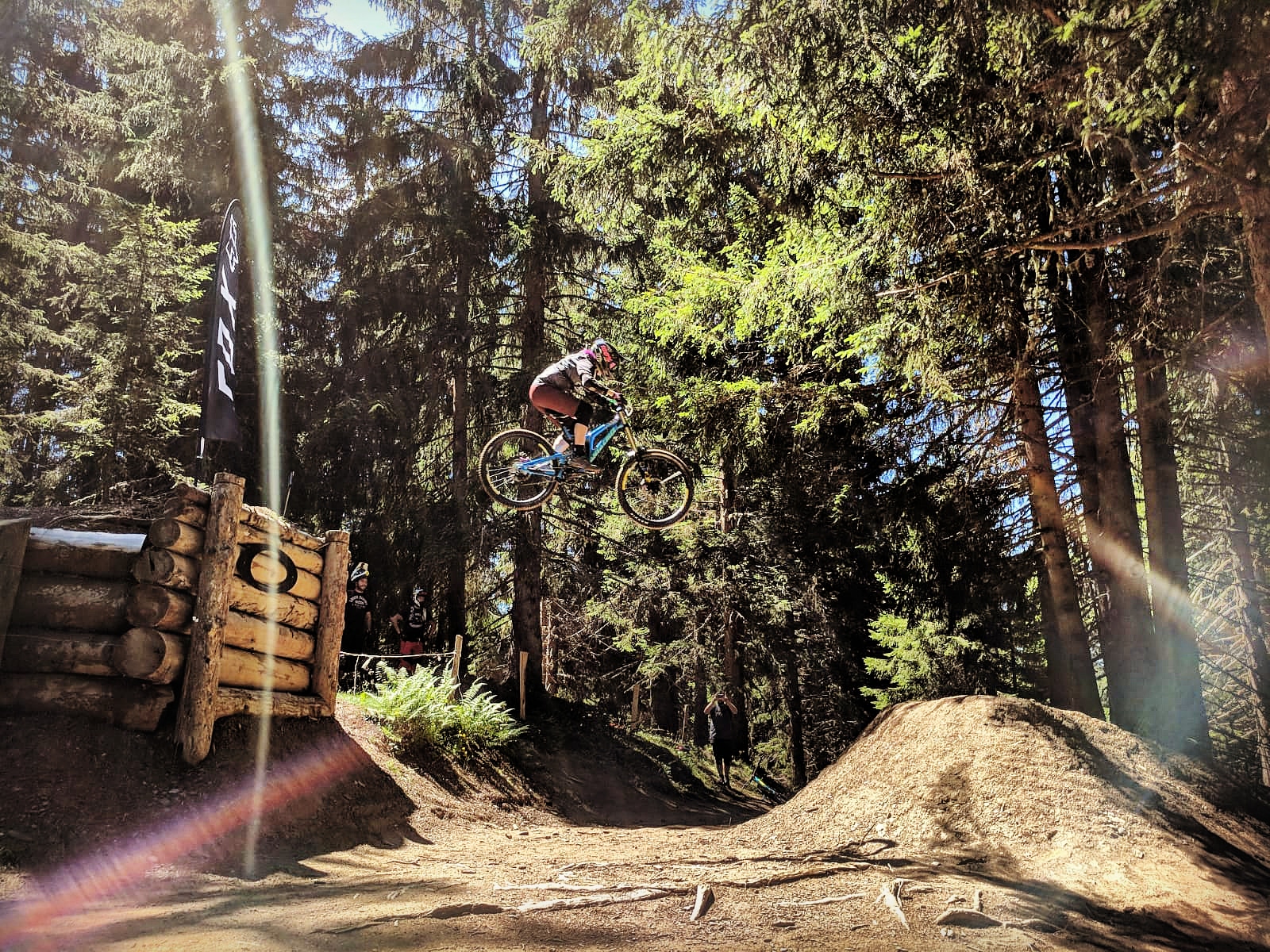 Without a doubt, MTB DH and enduro races are extremely demanding. What are the relationships between the girls who take part in them?

I believe all the girls have a great relationship regardless of their category, and we have a great laugh at the top of the hill at each round. We’re all competitive, but I race against time, not people, so there’s no reason for any antipathy. The worst experience was when one of my friends crashed during practice and was lying on the floor with a possible spine injury. I felt helpless. She had to be airlifted to the hospital – she’s fine now.

You even appeared in MBUK magazine riding in the forest. How did this come about and how did it feel?

I ride in the same area as Mick Kirkman, one of the photographers for MBUK, so I did a couple of photoshoots on test bikes with him. The latest shoot was different – Santa Cruz and Juliana were launching new bikes, so Stif wanted a full-page advertisement in MBUK and also some cool photos for their website. Another well-known action sports photographer, Sam Needham, spent quite a few hours with us in our local woods, and the photos from that day are just amazing. 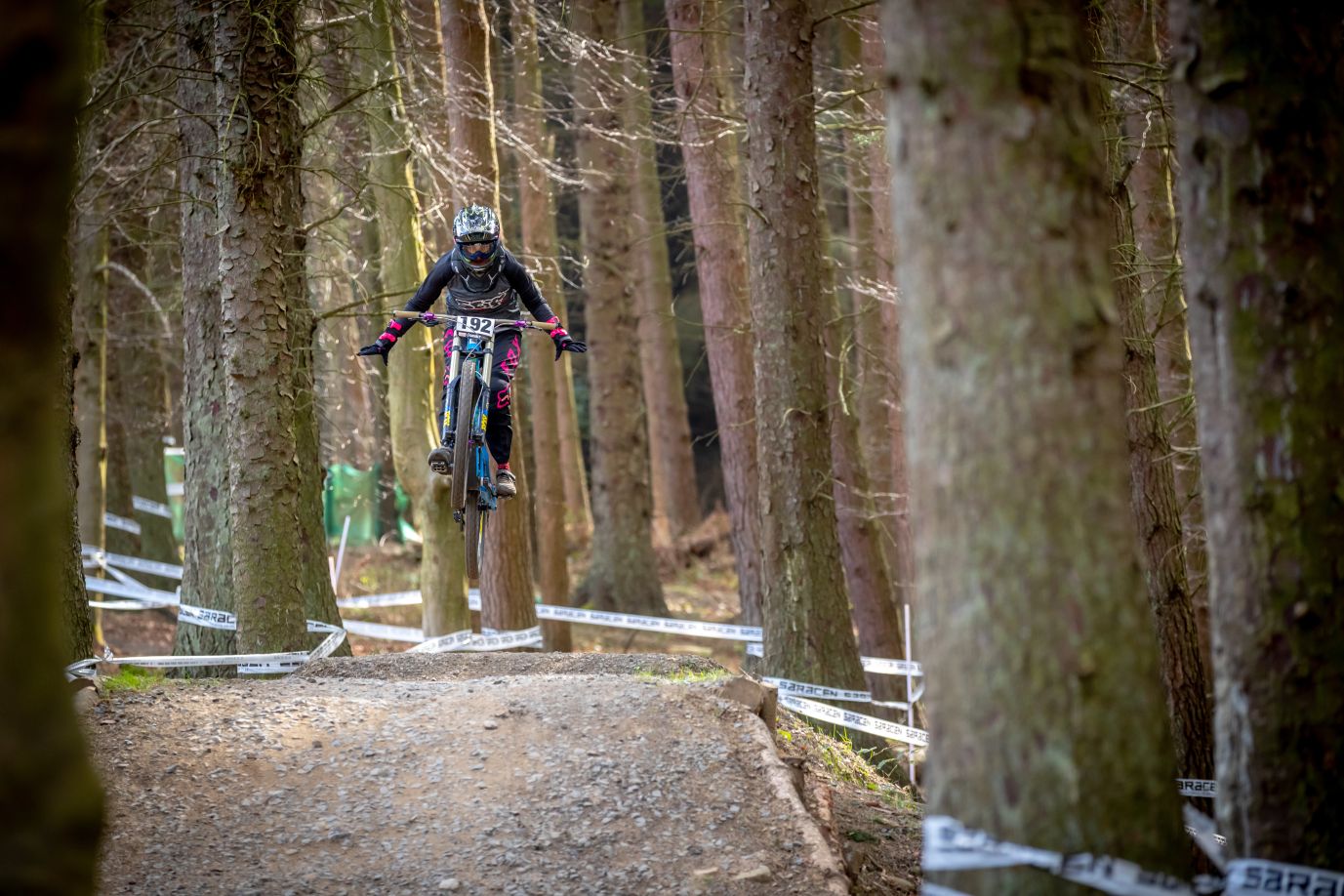 Jumping over gaps or riding down steep tracks is all about handling fear. Can you remember some of your scariest moments?

I love the feeling before hitting some big jumps on my downhill bike. I don’t think I feel any fear, more than often it’s excitement. I think I learned how to judge the size and type of a jump, and I know I can do it. I don’t hit anything stupid if I know it’s way above my ability – the jump will always be there next time. Steep tracks are only scary when you stop at the top and stare at them. That’s when you start doubting yourself. I’ve learned to check it quickly and go. I think I reached some sort of a level where I trust my skills and it usually works out. Or it doesn’t… but at least I tried.

With MTB riders being so prone to injuries, did you have any in your career?

Of course, I did. When I first started mountain biking (when I didn’t have any idea what I was doing), I managed to get a compression fracture of a vertebra. Then a few years later, I shattered my left wrist in Queenstown, New Zealand. I fractured my right hand last year and broke my rib cartilage this year. I’ve also had some concussions and I can’t even count the amount of bruised bones and ligament issues… it’s all mainly from stupid mistakes. That’s why I always wear wrist braces, a neck brace and a back protector these days.

Apart from the MTB, I’ve seen you frequently riding on MX bikes. Does riding a motorbike improve your skills? Does it help you to be an even better downhill rider?

Motocross is hard exercise, but it’s so much fun. I’m only learning now but I think it has definitely helped me with downhill. The tracks are really rough and I realized that it’s fine when both of your wheels are sliding as long as you don’t panic, hold it and look forward. How did you get sponsorship in the UK? Is it common that every rider has someone that supports them, or was it pure luck?

I emailed Stif Mountain Bikes in December 2017, asking for any kind of support for the 2018 season. Being completely new to the community and with only 3 races behind me, I expected either a ‘no’ or ‘10% off gloves’. They liked my Instagram content, found it cool that I can do suicide no handers and saw some kind of potential for racing in me, so got me on board in February 2018 with a way better offer than I ever could have imagined. I have the privilege to race on Santa Cruz and Juliana bikes and I’m super proud to represent Stif at mountain bike events. I don’t think it’s easy to get sponsored – you have to offer something special, or something different. You don’t need to be the fastest, but you have to be visible and carry positive vibes with you wherever you are. In my case, doing no handers and putting a lot of effort and time into social media worked together with a bit of luck.

What are your goals for the next season?

I’m planning to spend a lot of time on my jump bike this winter and try to land some of the tricks I’m learning on dirt. I’m also planning to race nationals in downhill again and do a few more enduro races next year. My main goal is to stay uninjured and improve my times from this year. I hope to come back to the Czech Republic with my bike as well, but I’m not sure if I’ll have the chance next year.

Dressing for the Autumn Rides

La Mamma Volante: The Flying Mother and Her Short but Amazing Career