As The Tour de France wraps up, we’d like to shine some light on a lesser known group of fearless cyclists who have also been tackling the 21-stage, 3,351km track. Proceeding one day ahead of the men, 12 fierce amateur women riders supported by Škoda have been completing their own circuit of the Tour. Accompanied by a rotating cast of other enthusiastic cyclists who join them each day to get in on the action, these warriors are seriously challenging the case against having an official Tour de France race for women.

Donnons des Elles au Vélo began four years ago when, at the age of 29, rider Claire Floret decided that the lack of an official women’s Tour de France wasn’t going to stop her from challenging her limits and seeing if she had what it took to complete the track. Alongside two other cyclists, they completed the entirety of the race and proved that women could ride just as hard, and just as long, as the men.

Following a 6-year stint in the 80s, where the women rode first and completed half the distance of the men, the women’s Tour de France was cancelled due to a proclaimed lack of interest from the sponsors. Another blow to gender equality in cycling, the official Tour de France organizers have been hesitant about commenting on the possibility of a women’s Tour resurgence. Nevertheless, in 2015, Floret and her teammates decided that something needed to be done, so they went ahead and rode the track on their own terms, completing the full distance of each stage. 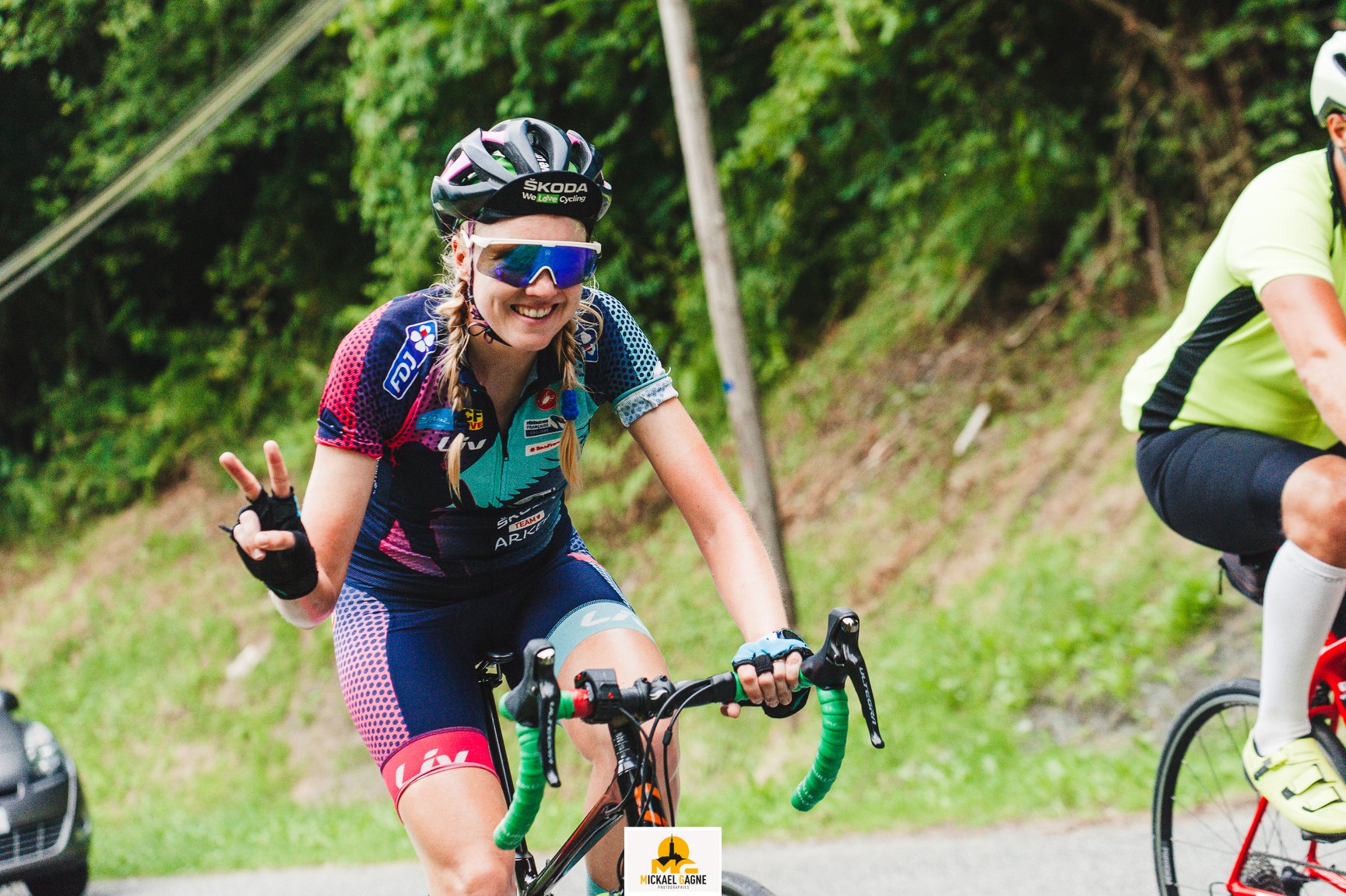 Anna Barrero, another member of Donnons des Elles au Vélo, explained to We Love Cycling that she was introduced to the project three years ago when she was one of the scientists working on a medical study about cardiac fatigue that the riders were participating in. “When I discovered that they were fighting for women’s equality and understood the values of the project (besides the fact that I love cycling) I decided to participate as well,” she told us.

This year Barrero is out there alongside 11 other riders who make up an accomplished group of scientists, teachers, journalists, mothers, and all-around awesome women. None of them are professional cyclists and despite the very different lives they lead the rest of the year, they unite each July for a common cause: to draw attention to the reality of women’s cycling and to demand a revival of the women’s Tour de France.

The objectives put forth by Donnons des Elles au Vélo (which translates literally to “give wings to the bike,” but also evokes a nice double entendre in French meaning, “gives her the bike”) are straightforward and well-defined. First and foremost, they want to promote women’s cycling and unite cyclists of different styles and levels, from beginners to professionals. They do this by encouraging riders of all skills levels to join them on the track each day, whether for a few dozen kilometres or for the entire stage. 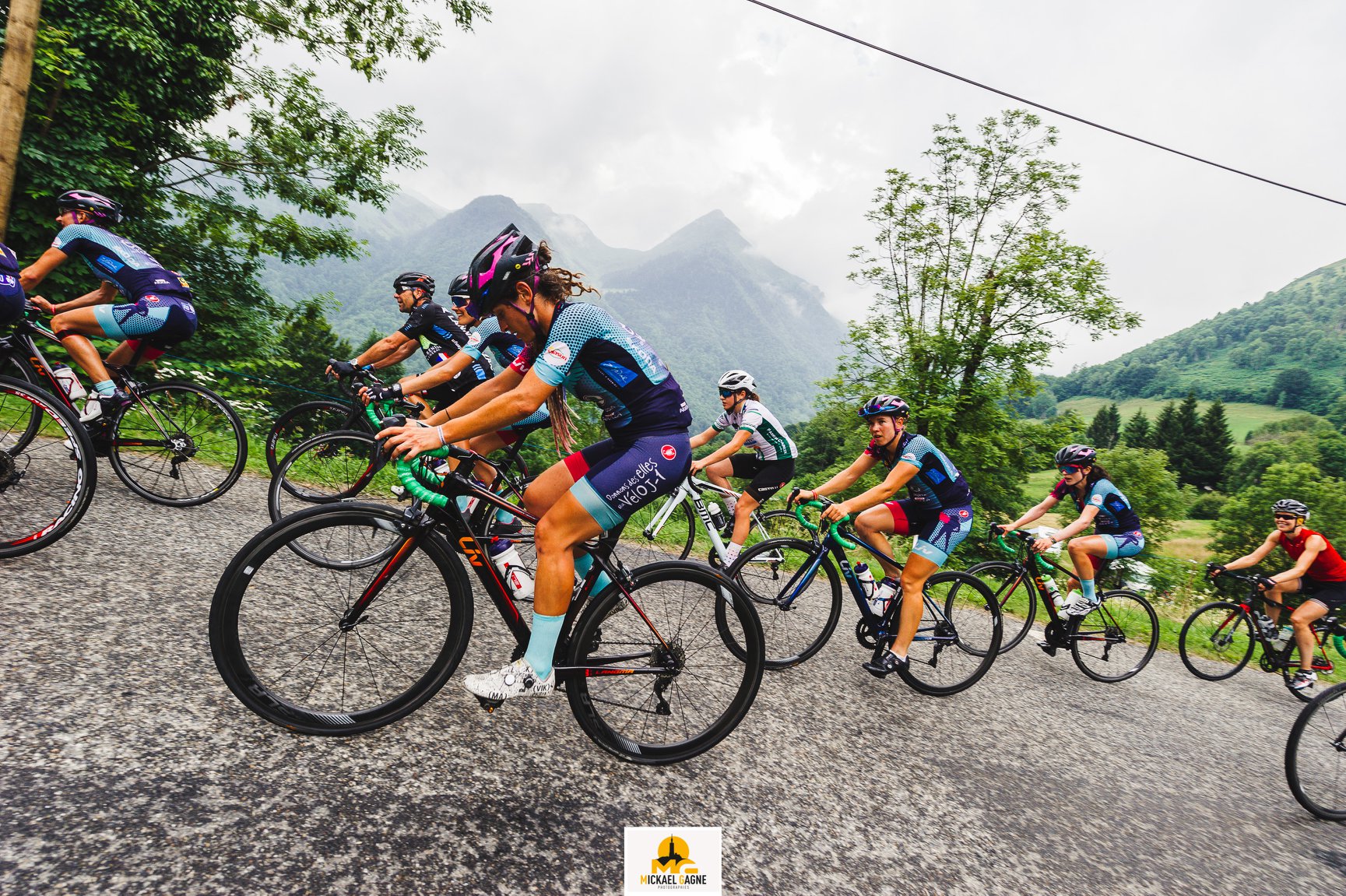 Barrero explained: “We would like to tell all women that they don’t have to be afraid of riding a bike or of anything else in their lives.” The message is, “get out and do what you want. Ride a mile, a tour or whatever you wish, but feel free to decide. We need to have the same opportunities as men and that starts by showing that we can do anything we set our minds to.”

In addition to encouraging other women riders, Donnons des Elles au Vélo are also looking to put pressure on race organizers and authorities to relaunch a proper women’s race ASAP and as they prove for themselves what women are capable of, the question is going to get harder to ignore. Meanwhile, they’re working to increase the overall media coverage of women’s cycling in order to change the image, break the stereotype and expose the heterogeneity present in sport.

What started as a group of 3 four years ago, Donnons des Elles has already quadrupled into a team of 12, not to mention the hundreds of other riders who have had the chance to ride part of the Tour de France track thanks to these women’s leadership. We look forward to seeing that number go up again next year as their project continues to grow and more and more women riders refuse to be told “no”.

You can follow find out more about Donnons des Elles au Vélo HERE. Communication in the Tour de France: How Does It Work?