On until October 23rd, Design Museum Gent presents Bike to the Future, an exhibition offering a glimpse into the future […]

On until October 23rd, Design Museum Gent presents Bike to the Future, an exhibition offering a glimpse into the future of cycling. We’re thrilled to have two of our videos featured in the exhibition, which, while honoring the history of the bike, looks eagerly towards what’s next. 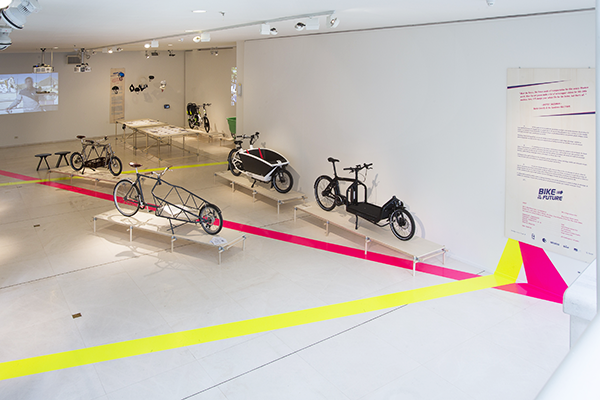 Highlighting innovations taking place in the design, craftsmanship and industry of bicycle manufacturing, this show looks at the ways designers continue to play around with form and technology, demonstrating the endless versatility of cycle design. As a folding bike prototype by Gianluca Sada shows us, we might soon be able to carry around our bikes with the same ease as we carry an umbrella. 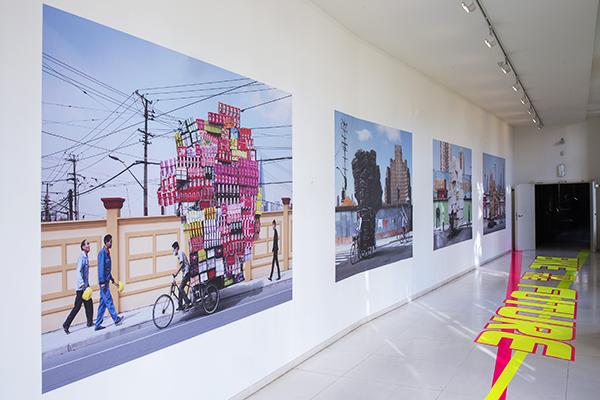 In addition to emphasizing innovations in models and accessories, Bike to the Future acknowledges and documents the profound impact biking is beginning to have on the planning of towns and cities. Redefining the way we relate to urban infrastructure, cyclists are starting to demand their needs be taken into consideration, and their interventions are having real results!

This phenomenon has been the focus of the We Love Cycling series, Bike Friendly Cities. The Seville and Copenhagen installments are featured in Bike to the Future in large scale projection, amplifying the atmosphere of the show and providing a concrete illustration of how cycling is shaping the future. As the contrast between these two examples demonstrates, urban environments not typically associated with cycling (Seville) are getting their game together, and those that have a long tradition (Copenhagen) continue to modernize and expand what’s possible.

We love this exhibition for bringing together a wide range of ideas and talent to illustrate how diverse and multidimensional the range of cycling invention has become. In acknowledging the socially engaged designers and committed citizens who are creating grass-roots initiatives to bring people together and generate solution to cycling barriers, Bike to the Future holds true to its name sake. Here at We Love Cycling, we’re thrilled that now more than ever, urban planning is focused on developing practical, and eco-friendly solutions for moving people around the cities they live in. And what could be more practical than a bicycle? Ride on!

Diversity in Cycling – What Are the Next Steps?