Blog: How a helmet saved my life

You wear a helmet every single day of your life and still have a feeling it is not really necessary. […]

You wear a helmet every single day of your life and still have a feeling it is not really necessary. In the end of the day you ride safely and confidently. What could go wrong? Unfortunately, your health and safety aren’t only up to you but also rely on the attention of others.

To increase your awareness about this topic even more, We Love Cycling interviewed the event cyclist Dave Anderton, who was run over on his bike and can be here to tell us his story only thanks to his helmet. Check it out.

It was in Devon, southeast England, during a wet summer day in 2012. The event cyclist Dave Anderton was out on his bicycle for a training despite the bad whether. Although he was an experienced cyclist he couldn’t predict that he would be knocked unconscious by a car. On the following lines he recalls what happened, and explains why his helmet saved his life.

What happened when you had your accident?

I was out on a training ride on the 11th July 2012. I told my girlfriend Sophie the route I was taking, as I was concerned about the road conditions and thought I might hit a pothole, or something. I had never described her my route before, or since, so think of that what you will.

As I came down a hill I spotted a car indicating to turn across my path, but I thought nothing of it and assumed he had seen me. As it turned out he hadn’t and pulled across my path. I had no time to react or brake and went straight into the bonnet at what I would guess would have been 25-30mph.

My helmet was cracked on the A frame of the car. It saved my life! My shoulders and neck were lacerated from the windscreen and I landed on the low wall alongside the pub, which added to the bruising.

Do you remember what happened next?

I was unconscious for about 45 minutes, but when I came to my senses I was greeted by a guy called Sam New, the cousin of a good family friend of mine. He is ex-forces and a trained paramedic, so he had taken charge of the situation. It took me a while to recognise him, I could not remember my phone number to call Sophie, but I could remember my parents’ number. 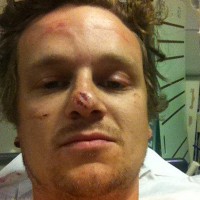 I was stretchered into an ambulance for a short time to get me off the side of the road until the helicopter arrived and was then carried through fields strapped to the stretcher and flown to Derriford hospital.

The driver of the car who, as it turned out, was in Devon on his honeymoon with his new wife, had called a few times in the interim to check on my wellbeing and to apologise profusely. I was extremely lucky to not break any bones and get away with some scared tissue and rather nasty whiplash that I can still feel today.

What would you say to other cyclists about wearing a helmet?

I would stress that all cyclists should wear helmets, especially road cyclists as the advancements in equipment can have you traveling at speeds of up to 60mph, making it even more dangerous if you were to come off. I believe it should be a legal requirement to wear a helmet, just as it is on a motorbike and a scooter. 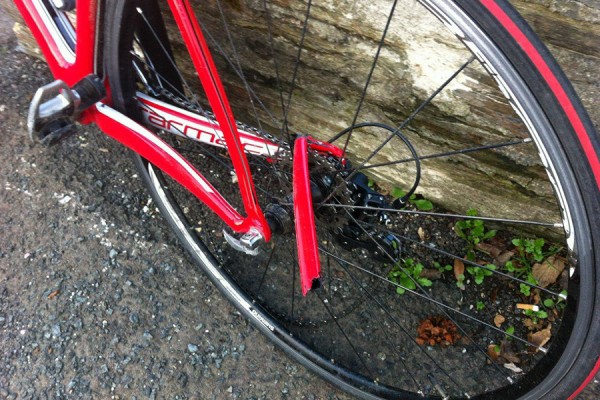 I think as cycling is becoming a bigger sport now, people are becoming more aware of the importance of a helmet, the younger generations are being taught the importance early on, so I hope not only more will be wearing them in the future, but everyone.

Who Will Be The Next Mathieu van der Poel or Wout van Aert?