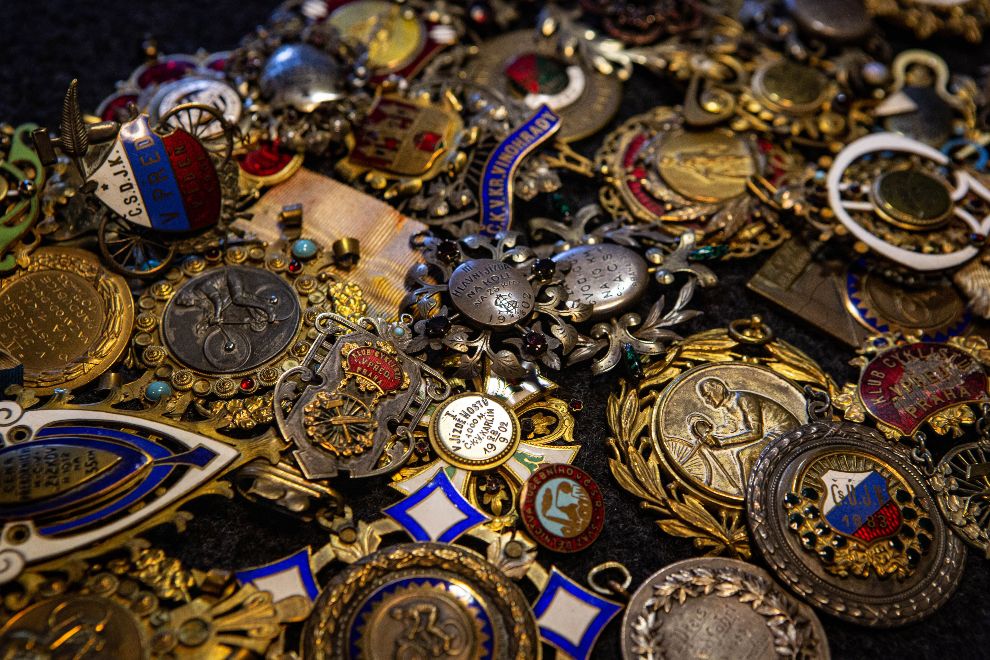 It was a little box. When Richard discovered it in the attic and picked it up, it rattled curiously. The sound from the inside fuelled his imagination. What could it be hiding? The expectation that a lost treasure could be in the attic has been proven to be true.

Richard opened the box, and as he flipped the lid open, even in the gloom prevailing under the roof, he couldn’t help but notice the glow the contents gave off. At first, he thought it was old coins but after closer inspection, he discovered that it was something else entirely: the inconspicuous box held a fortune in the form of several dozen medals and prizes for the winners of historic bicycle races.

A glance at the engraved dates showed that these were old valuables. Some of the medals were for “cycling champions” but from the early 20th century. Even the most recent pieces were made before World War II. Excited by his discovery, he brought the box down from the attic and showed it to his father-in-law, Josef Hanousek, the owner of the current bike shop “Veloservis Hanousek”. He had known for a long time that his father-in-law descended from an old cycling family. His great-grandfather Josef Hanousek had opened a repair shop for bicycles in Prague before the Great War.

Grandfather Hanousek ran a bicycle-only shop, which meant that unlike most of his competitors, he did not add motorcycles to stock. In addition to local bikes, he distributed bicycles of the German brand Dürkopp and the British Rudge-Whitworth. He and his wife Eliška were both active and enthusiastic cyclists who never missed an opportunity to take part in bike races that were frequently held in Prague back in the day. Both were also members of the local cycling club. During their sporting career, they collected many awards. After many years, they hid them in a box that was passed down from generation to generation until it ended up in the attic where it was found by their great-grandson Josef Hanousek’s son-in-law Richard Gasperotti who’s now a professional MTB rider. 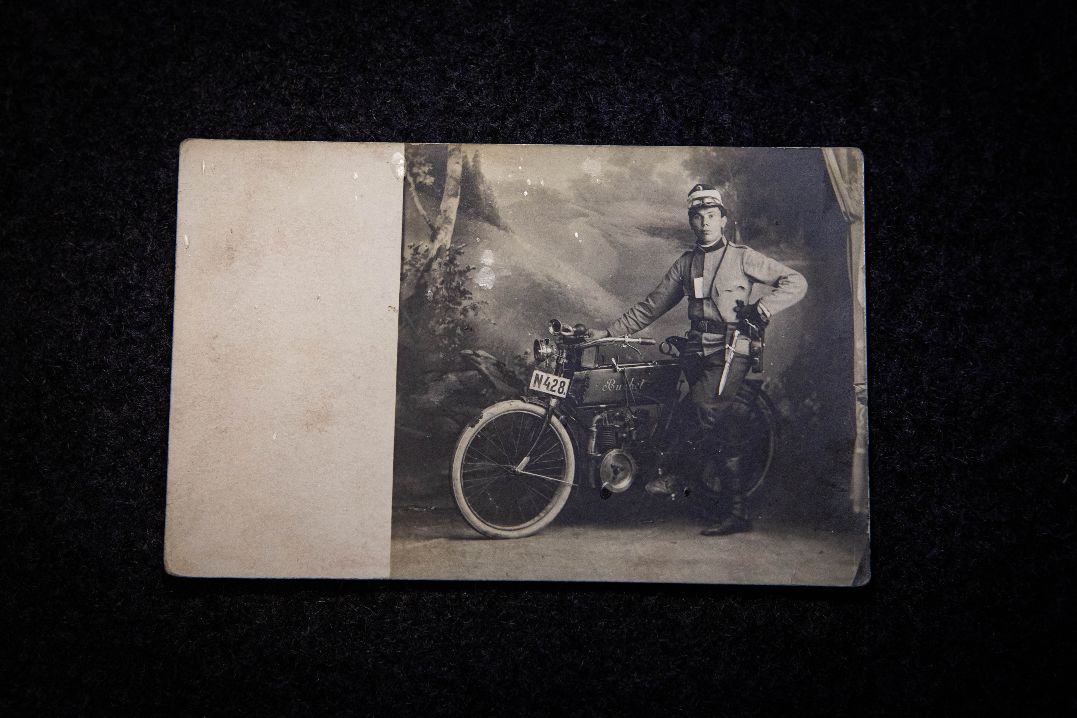 When Richard laid out the contents of the box on the table, it was a surprise. What could one read from the medals today, more than a hundred years after they were made? While holding them and reading the names of races or cycling disciplines engraved in metal, he felt like an archaeologist carefully examining artefacts hidden under a layer of dust.

The greatest surprise was the skill and artistry of the engravers of the time. Even competitions in races of local importance were rewarded with perfect medals that must have taken tens of hours to make. Some of the prizes were even set with semi-precious stones – most often traditional Czech garnets. Some awards included a pin on the reverse side, so they could be pinned onto the lapel of a coat or jacket and worn as a brooch, which was probably done at various cultural or social events. According to the inscriptions, races ranged from short distances of around 3 km to distance races between several Bohemian towns. One-mile track races or hill races were popular, too. Interestingly, women who did not even have the right to vote at that time actively and successfully participated in races alongside men.

There were also four photographs at the bottom of the box. One depicted the Cycling Club in Žižkov, the other the Hanousek Bicycle Service. The third showed Josef Hanousek with a motorcycle he rode in 1913 during the Great War as a member of the Austrian army. The last picture shows him adorned with medals from bicycle races. Different times, different customs. Sometimes, it’s good to remember the old ones. And by the way, did you also get the urge to search the attic at your house? You never know what you could find up there.