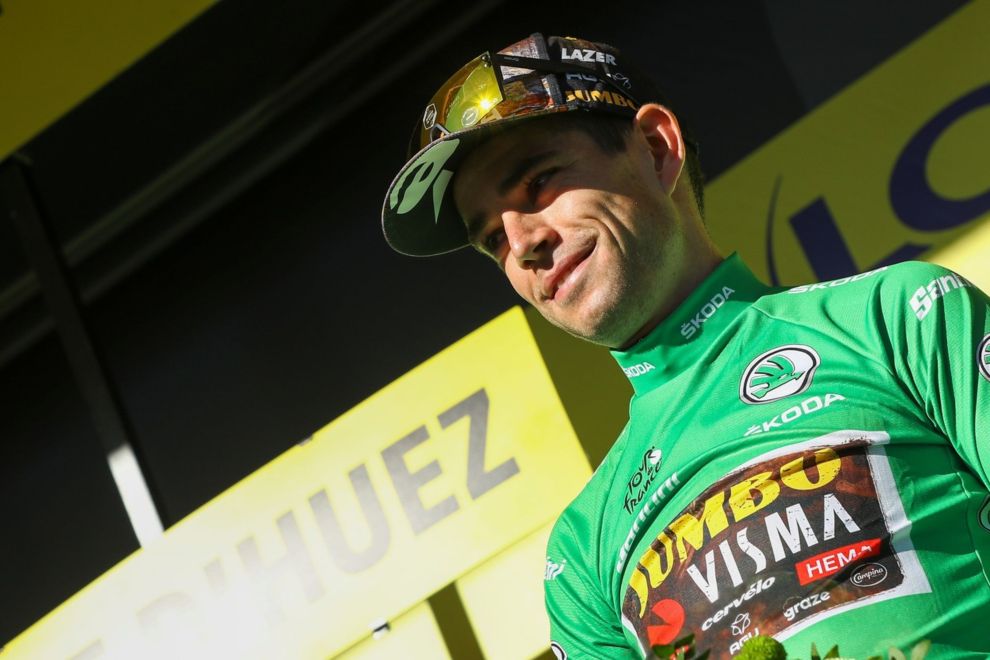 I know that you have probably read enough about Wout van Aert in these pages. But I’m afraid that, with the Tour de France at its midway point, there is no one else to talk about in the race for the ŠKODA Green Jersey. Because after Wednesday’s sensationally dramatic stage 11, in which the Belgian Jumbo-Visma rider played a major role, van Aert has 304 points in the green-jersey classification, almost double that of his nearest rival, Quick-Step Alpha Vinyl’s Fabio Jakobsen, who has 155.

So it’s now more than fair to say that barring accident or illness, van Aert will be dressed in green on the podium in Paris on July 24. There are few opportunities left for Jakobsen to collect points as this Tour was designed for maximum mountain drama and not for pure sprinters like Jakobsen. And, as we saw again on Wednesday, van Aert can also ride in the mountains. He is not a pure sprinter; he is simply a pure rider.

So instead of talking about the green-jersey race, let’s discuss van Aert’s astonishing ride on Wednesday’s stage 11, the most exciting Grand Tour stage I have seen in more than 30 years of watching Grand Tour racing. Of the 151.7 km from Albertville to Col du Granon Serre Chevalier, van Aert spent about 135 km at or near the front of the race. He broke away from the pack early on, with only Dutch cyclist Mathieu van der Poel (Alpecin-Fenix) for company. The two soon had a healthy lead and van Aert was able to collect the 20 points from the stage’s intermediate sprint to augment his lead over Jakobsen. For van der Poel, the two-man breakaway was a chance for him to show his team’s colours before he dropped out of the Tour later in the stage because of lack of form.

Van Aert was soon joined by a large group of riders and helped pull the new breakaway group over the Category 1 Col du Télégraphe. When the breakaway group broke up on the steep slopes of the Beyond Category climb to the Col du Galibier, he was the fourth rider to pass the summit. Behind him, his Jumbo-Visma teammates Primož Roglič and Jonas Vingegaard were playing cat and mouse with race leader Tadej Pogačar, softening him up by sprinting away in turn, forcing the Slovenian to follow each time. One consequence of this tactic was that Roglič fell behind when the race’s main protagonists were heading to the final climb, up the brutal slope of the Col du Granon, leaving Vingegaard to face Pogačar on his own.

No problem. Van Aert dropped back to the group in which Roglič was riding and singlehandedly pulled the riders over the 1min 23sec gap to Pogačar and Vingegaard, enabling his team’s co-leaders to complete their demolition of the two-time Tour champion. As a result, Pogačar blew up on the climb to the Col du Granon and Vingegaard took 3 minutes and the yellow jersey from him. No wonder Vingegaard interrupted a post-stage TV interview to embrace van Aert.

I wish I could tell you that this is the last time I will write in these pages about Wout van Aert who every day in the Tour embellishes his reputation as the greatest all-round cyclist in the world. But I can’t.