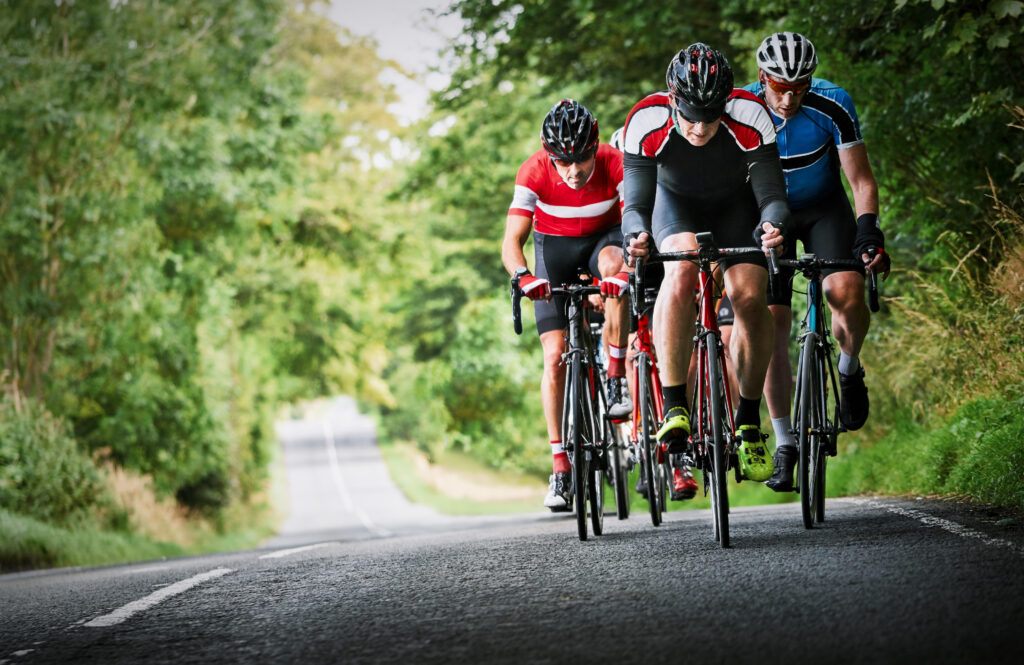 Having staged the Road National Championships in June, Cork could legitimately lay claim to being the centre of the Irish cycling scene this summer. It only made sense, then, that when provincial honours were to be decided it was the Rebel County that would once again play host – with riders assembling for the Munster Road Race Championships in the last weekend of August.

Comprising 17km laps which started and finished in Whitechurch, a little to the north of Cork city, the races saw cyclists from across the province assemble – including a host of A1 athletes. The event was hosted by Blarney CC – which meant it was only fitting that the blue and red jerseys of the ‘home’ club popped up early and often on the podium!

Indeed, overall honours were claimed by Blarney’s Eoin Allen, whose excellent ride culminated in a sprint victory. The A2 rider pipped Killarney’s Conor Kissane in a dash for the line, ensuring the gold wouldn’t have to travel far after the presentations were over. Patrick O’Loughlin of Panduit Carrick Wheelers was third across the line; another strong result for a Junior rider making tremendous strides in recent months.

In the Women’s race, it was Shona Keane of Greenmount CA who claimed gold who held off the challenge of another Blarney rider, Carthack Mc Carthy, in order to steal the spoils. Jane Cullean of Panduit Wheelers rounded out the podium positions.

It was also a day of glory for Mark Pinfield of Blarney CC (M40s), Barry Sutton of Greenmount (M50s), and Michael Colbert of Comeragh CC (M60s), who each topped the standings in their respective divisions. There were also bragging rights bagged by teams from Killarney and Blarney; congrats to all the winners!

With Ulster honours the last to be settled at the beginning of October, there’s not long to go in the 2022 competitive season – you can almost hear the cyclo-cross gear being unpacked across the country right now! – but it’s fair to say that, following a few heavily disrupted years, it’s been an absolute delight to see the usual packed schedule restored.

Along with plenty of excellent performances and enjoyable days out, the events of the summer have provided plenty of inspiration for next year – whetting the appetite for more famous days in the saddle! While confirmed dates are still thin on the ground, you can bank on options for all levels of experience and competition taking place across the length and breadth of the island; get your winter training plan in order and we’ll see you on the start line in 2023!

And, it’s not just organised events that are worth planning for; whether it’s urban fun or a
countryside jaunt, there’s a whole lot of reasons to pull out the map and pick the perfect
spot, with Cork being a popular choice for cyclists.

For many, staying near the city will be the order of the day; it means that an untimely shower
won’t leave you stranded in the middle of nowhere! If you’re in the capital, a ride towards
Howth is a fabulous choice, with beautiful views, plenty of pit-stop options, and even the
promise of some tasty fish and chips at the end! In Cork, meanwhile, the developing
Passage Greenway means the south-east of the city is about to become cycling central; a
loop taking in Blackrock Castle will not only provide wonderful scenery and an invigorating
ride, but also a chance to visit the Castle’s observatory – and its award-winning eatery!
Indeed, the outskirts of the Rebel City is a great example of a route that’s perfectly suits the
season; plenty of fall foliage ready to erupt in a kaleidoscope of colour, but without the
challenges that tight winding roads can pose in tricky conditions. And, there’s a whole lot to
enjoy when you get out of the saddle, too; for the lowdown on what awaits by the banks of
the Lee, check out our cycling guide to Cork city.

If something a little more off the beaten track is what you fancy, then you’re spoiled for
choice. From local favourites to hidden gems, you’re sure to find options ideal for solo runs,
family outings and everything in between.