It’s a bit tongue-in-cheek matter to introduce the Tour de France, The Rolling Stones of cycling races even cycling deniers have heard of, on the virtual pages of an e-zine literally called We Love Cycling for the hundredth time. So we won’t. For all the well-known history, stats, numbers, rosters, stages, and more, Google and Wikipedia are here to come to your rescue and cover your bases. The aspect of the Tour we would like to talk about is something elusive and intangible but none the less real.

While a lot has been (and will be) said and written about the riders, their teams, trainers, nutritionists, sleep routines, masseuses, team fleet cars and every other aspect of the race’s pro scene, there pops out an occasional article, praise or interview with the fans. The presence of people on “the outside” might seem like a no-brainer – every other great spectacle is destined to bring in the crowd – but if you’ve ever witnessed Le Tour first hand, you know well there’s something different in the air. A sense of instant camaraderie, a feeling of belonging with absolute strangers, a heartfelt chaotic unity. Call it what you will but the description of spectators gathering along individual stages or in front of live-streaming TV or computer screens each year boils down to a single word: family. 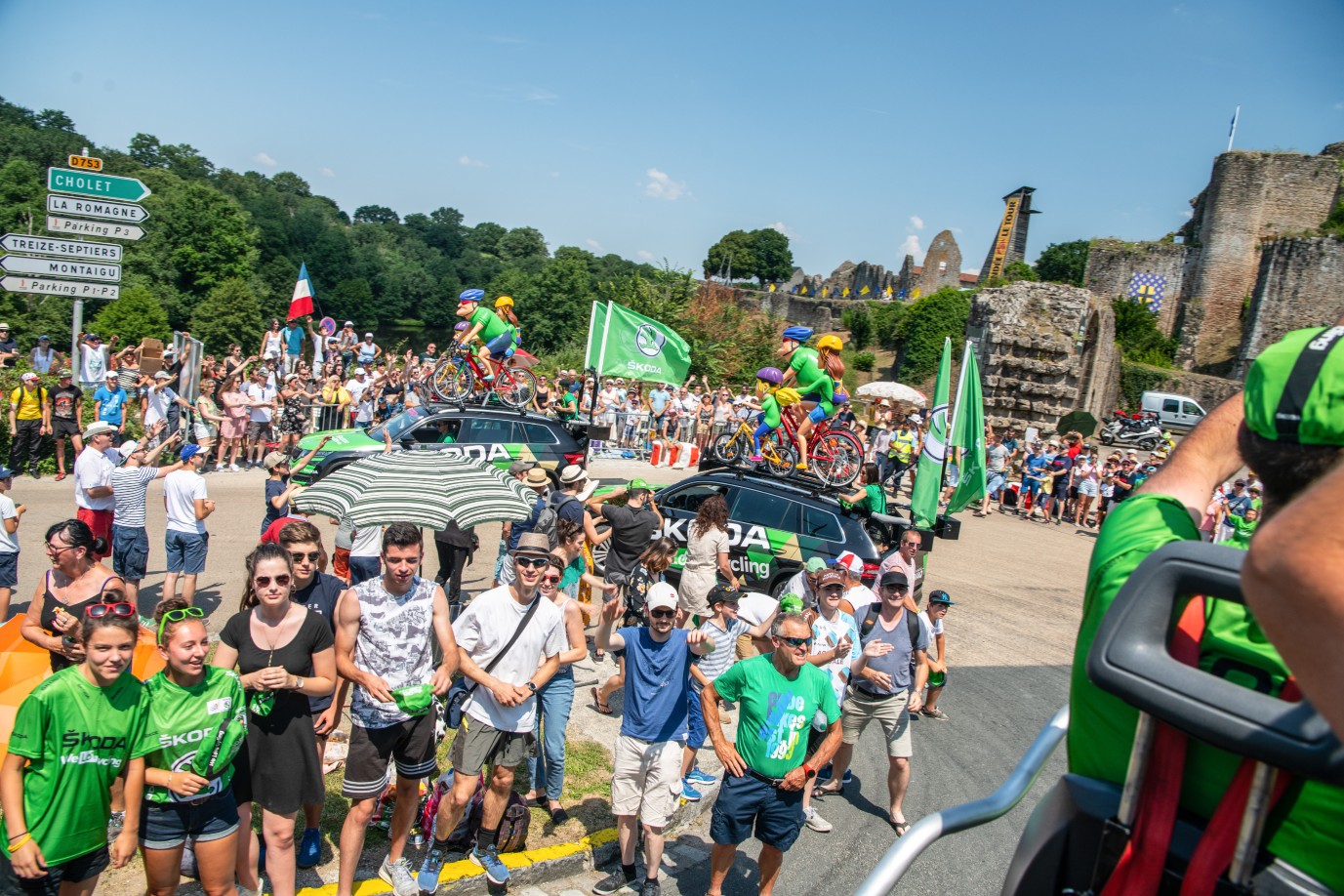 The on-site spectators, ranging from toddlers to enthusiastic grandmas, gather each year with a sense of anticipation, eyeballing and singling out their heroes in the colourful LYCRA-littered crowd buzzing behind the stage starting line, almost as if they were cheering on a cousin in a local race. Whether your sympathies belong to Peter Sagan, Vincenzo Nibali, Geraint Thomas, Jakob Fuglsang or Nairo Quintana, no-one’s going to dispute your preference choices and if, only jokingly. Because everyone’s rooting for the thrill of the race itself the same way they root for “their” riders. The showcase of pure determination, excellence and performance is mesmerizing to behold and that’s what ties all fans together, creating an eccentric family of about 12 million members – and that’s just the average number lining that race’s route. According to the organizers, a staggering 3.5 billion viewers across 190 countries tune in to watch La Grande Boucle (French for “The Big Loop”) annually.

You don’t have to be a road cycling enthusiast – if you love the spectacle and hoopla that surrounds the greatest bike race in the world, then planning to view the Tour de France makes for an exciting family holiday adventure. You might notice a small “settlements” to pop up along the stages. Grills are being fired up and campsites are being pitched and it’s no wonder; a world-class event and a unique way to take in the breath-taking French nature? Count us in!

The Tour de France is a much more family-friendly event than you might expect from watching it on television. Certainly the French themselves use Le Tour as an excuse to bring entire communities into the streets to celebrate – as well as small infants and toddlers in strollers, elderly people, spectators in wheelchairs and fans in all manner of weird and wonderful outfits all gather together to show their support for the yellow jersey and the peloton. There is very little rowdiness and a very strong police presence and because the race is spread out over such long distances, the crowds are quite manageable.

Have you ever taken a Tour de France family holiday or have you made unexpected friendships while watching the race? Or you’re planning to visit it for the first time and can’t contain your excitement? Let us know!