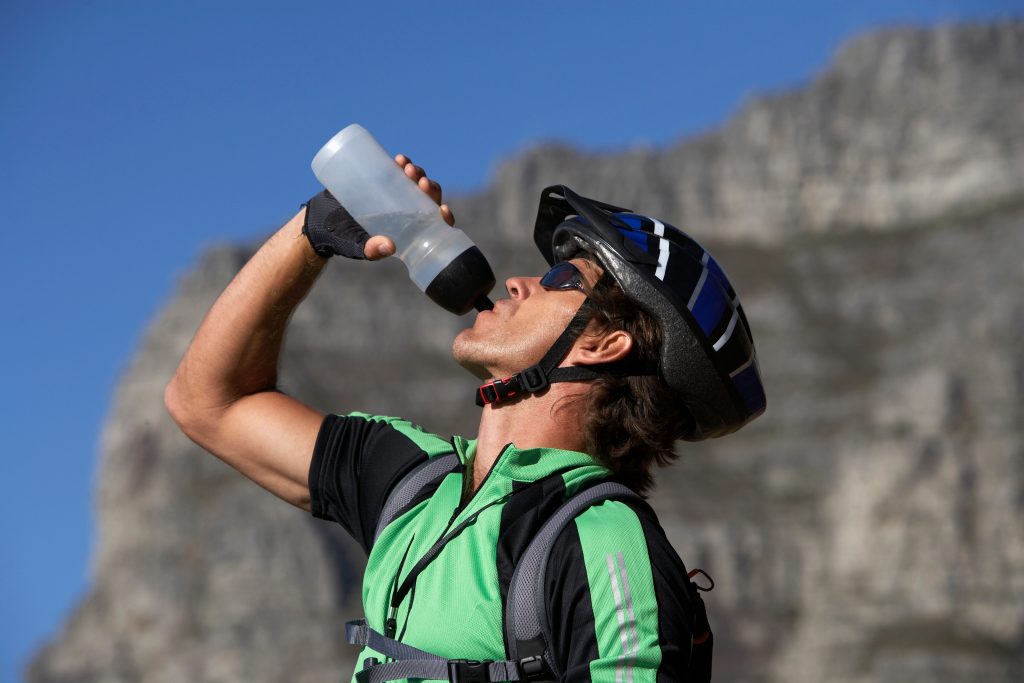 Though we’ve had a bit of a limp and understated start to the summer with the weather it still is race season and it’s still important to know how to fuel and hydrate yourself approriate if/ when the sun eventually decides to stick around a bit longer.

There’s still a few sportifs left for this season to nail your nutrition andhydration with these top tips from Ireland’s leading sports nutritionist, Sharon Madigan.

Sharon says that when the weather gets warmer, though there sjould be a focus on nutrtion – hydration and fluid intake should take priority.

She says: “In terms of food and hydration when it’s warmer weather – the focus should be on fluids – they should be a priority .”

“Some people say when it comes to hydration and the use of carbs that the two go hand in hand – and that cramping can be a sign of insufficient fuel or energy for the body but it’s more linked to muscle fatigue.”

She adds: “If you want to think of it like this – a badly serviced car will burn through oil quicker – and it’s the same with your body if you haven’t fuelled and hydrated yourself appropriately.”

“People will find they don’t get the same distance in in hot weather as they would in milder conditions.”

The constantly changing weather conditions this summer makes it hard to anticipate and prepare – but Sharon says it’s important to factor it in to both your training and subsequent recovery.

“Just recently,  I was in Cork for work and on one of the days it was 30 degree heat – while the day after it was 15 degrees-  that’s a 15 degree difference over the space of 24 hours – are people prepared for these varying temperatures?  My guess would be no.”

“If you were unfortunate enough to be out on that extremely hot evening you really need to factor those kind of varying temperatures  – a hot evening like that will definitely have implications for your ability to recover post cycle. “

Energy gels are big nowadays –  but are they the most effective way of getting carbs/ energy in before a cycle?

“If you’re coming home from work and you’re stuck  and it’s the gels or nothing else – but really a little bit of prep in this respect can go a long way,” Sharon says.

“ You can make your own carrot cake or banana bread or even some kind of potatoes that will all keep you fuelled while you’re out on the bike so you’re not as reliant on gels etc” she adds.

What about other sources of carbohydrates?

“Wholegrains and higher fibre options are largely deemed as healthier options but Sharon has warned that – digestion can be slowed down or impeded by pre-race nerves – and it might be better to stick to something simple.

“A lot of the gels have really high caffeine content which is hard to tolerate on the stomach, and the same goes for some fructose based gels – but really, you should be practicing what works for you during your training sessions before you’re in a race scenario.

The take home message for cyclists here – practice trialling the food/hydration measures that work best for you when you’re training – not when you’re in a race scenario for the first time.

“Ideally – on one of your training evenings you should be practicing with different food and water/ hyration sources and finding what works for you – and if you’re going to make changes and introduce things you’re not typically used to – do them slowly .”

Sharon also recommended that if your race or event happens to be on in the evening, that having your main/ balanced meal earlier in the day and keeping post-training snacks lighter:

“One thing I would say is not to skip as post training or post cycle meal – even if it’s a small meal like a boiled egg on toast or something that you have prepped and ready to go like a smoothie or something that is going to tick those post training recovery boxes-  it is crucial to refuel or you will find your ability to recover from training sessions is hampered,” she added.

Another tip for warm warther cycling that Sharon has recommended is the use of ice drinks, or even ice lollies, as a cool down strategy, however, she has said that if using refined sugar options, to be mindful of the impact of these on dental health.