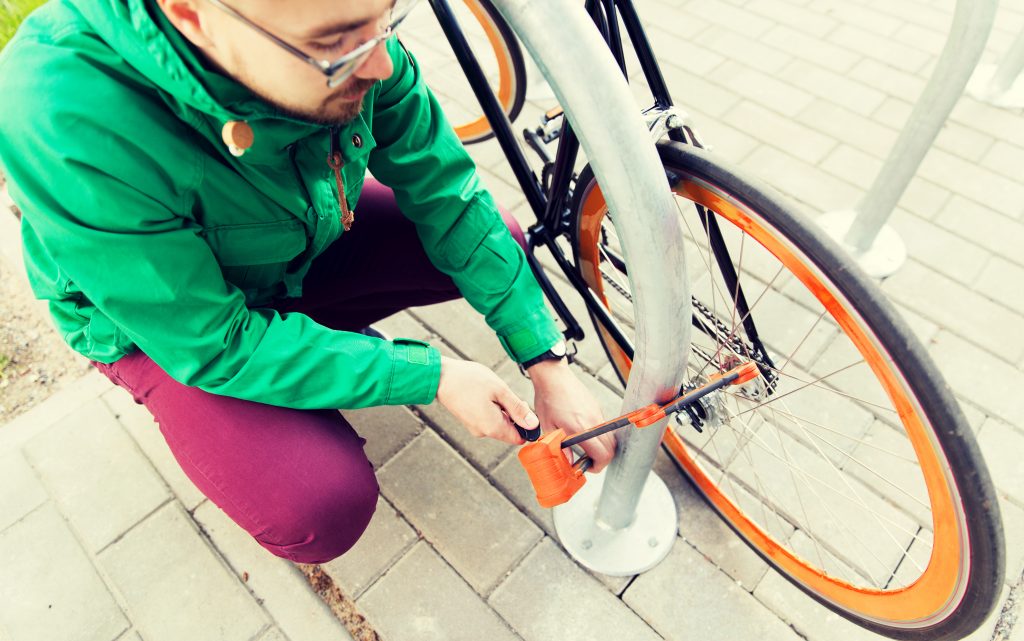 Bike theft is a sad reality – but there’s things you can do to put the brakes on would-be thiefs.

It’s not nice, but bike stealing is something of a common problem in Ireland – and as bikes are increasing in value and popularity, there’s good reason to think the practice won’t stop anytime soon.

What you can do, though, is ensure that you’ve done everything on your end to make your bike is as theft-proof as possible – and then, just in case, be aware of the legal protocols and mechanisms in place to help you should disaster strike…

It’s not rocket science, this! A good rule of thumb to use is that your lock should be worth 10% the amount you paid for your bike. Nobody who’s invested huge sums of money in a bicycle should bat an eyelid at paying a little extra for a whole lot of peace of mind; good locks might cost in the region of €50, but that’s nothing compared to the cost of replacing your ride. Basic locks are like an invitation to thiefs – and what’s more, they’ll spot an easy opportunity a mile away. In fact, some especially security conscious cyclists recommend buying two different locks from two separate brands – based on the theory that no thief will carry around more than one lock cutter…

Again, it’s the simple things. Even the best lock in the world is no good if you’ve locked to something useless; if it can be moved or lifted, you’re in trouble. Sheffield-type stands are widely seen as the safest spot to pop your bike; just remember to always lock the wheels of your bike as well the frame. Failing that, just make sure the structure you’re fastening to is secure.

While quick release suspensions are all over the roads these days, your usual cycle repairs shop can help make sure you don’t fall prey to a wheel thief; they can do the same with your saddle, if you fancy, and it’s relatively inexpensive too.

Always lock the bike – even at home

Some might think this one a little excessive, but the number of bikes stolen from sheds, gardens and shared hallways suggests otherwise. it’s always better to be safe rather than sorry, so whenever you’re leaving your bike in one spot for an extended period, lock it to be sure.

Preparing for the worst

Even the most diligent of cyclists can suffer terrible luck – so let’s say that, despite all of your preventative methods, the worst has happened. There’s a lot that could help you, so set aside time some evening and pre-empt disaster…

Take a photo of the bike – and a number of them. You can even get one of you with it, to prove that it’s yours!