For those who cycle to work all winter—kudos! Of course, depending on where you are, this may be more or less of an epic feat. Nevertheless, for those of us who live in four-season locales, commuting time is here. The snow has melted, the sun is shining, and it is time to ditch any excuses and get that cycling commute back in action.

Avoiding clogged roads, delayed public transport, plus the environmental and health benefits—anyone who commutes to work on two wheels has plenty to feel good about. That being said, it can still be a bit daunting to tackle those chilly mornings and get back in the habit so whether you’re a committed commuter or simply commuter-curious, here are just a few of the reasons why it is awesome.

You bank extra ‘no screen time’

This might not be the first thing that comes to mind when you think about the benefits of riding your bike but considering that studies show most people these days spend more time on a media device than sleeping, it is an advantage of commuting worth noting. Your ride to and from work provides an important reprieve from the bombardment of information that now dictates so much of our lives. Cycling gives you the opportunity to unplug, get in touch with your surroundings, and cut down on the time you spend staring at a screen.

This one can take a few rides to determine precisely, so be sure to give yourself some wiggle room if you’re just starting to commute. But once you’ve ridden the route once or twice, you’ll know exactly how long your journey takes and won’t be as vulnerable to public transport issues or traffic jams. Starting your day stuck in gridlock or waiting around for a delayed train doesn’t put anyone in a good mood. Account for the time it takes you to lock your bike up and get changed and you’ll be sure to arrive at work on time, energized, and ready to take on the day. 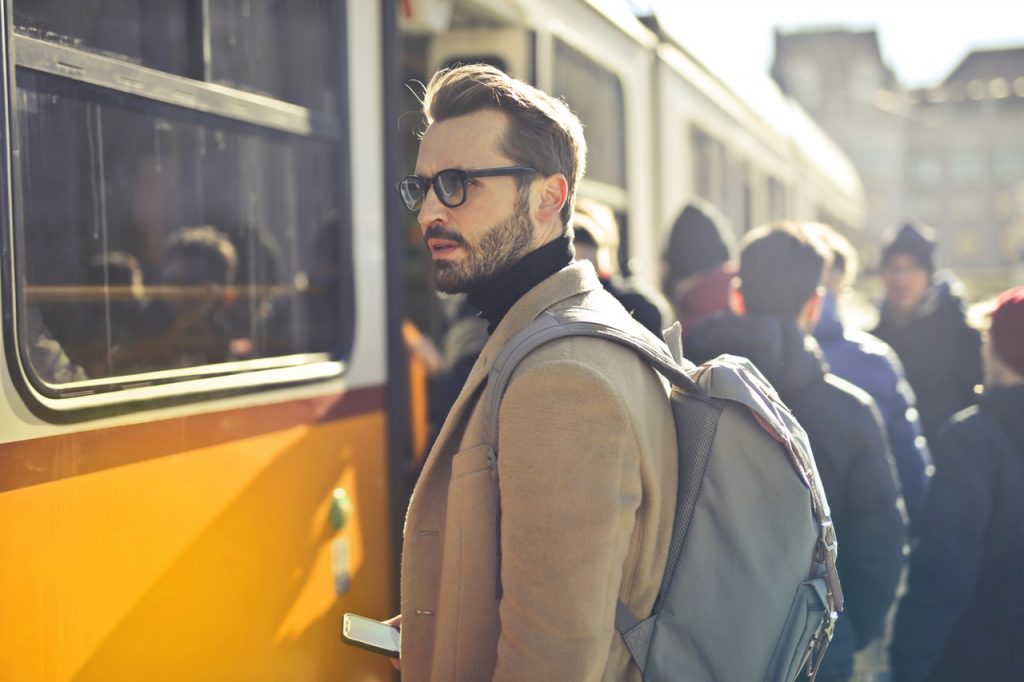 You’ll get to know the city you live in

If you know your city’s underground network like the back of your hand but feel disoriented once you resurface, you’re missing out on a lot. Even when travelling by car, we often don’t get the chance to make note of the little details that make the towns and neighbourhoods we live in special. Not to mention, with the freedom of two wheels, you’ll be able to switch up the route you take and discover quiet side streets and explore new areas. Whether that means finding a cute café just around the corner from where you live or getting the chance to appreciate that local park that your tax dollars helped pay for, you’re a lot more likely to have a meaningful interaction with the place you call home.

We all know the health and fitness benefits of cycling but, especially for those who struggle to fit exercise into their schedules, commuting by bike can make all the difference. Instead of standing idly waiting for the bus or getting frustrated by traffic in your car, you’ll be exercising simply as a product of getting to work. You can skip expensive gym memberships and forget about trying to squeeze in time for a workout.

You’ll be breathing in less pollution than you think

When discussing potential downfalls of commuting by bike, exposure to pollution is usually high on the list. And we understand, it can definitely start to feel like you might be doing more harm than good when you’re breathing heavily while inhaling the toxic smell of rush-hour traffic. But in fact, you’re still better off riding your bike than sitting in a car. Studies have consistently shown that the benefits of cycling (even in heavy traffic) for your heart and lungs far outweigh any damage that is being done. Not to mention the fact that you’re helping to reduce the amount of pollution in the first place.

So, there you have it, folks! If you’re still not on the commuting bandwagon, don’t despair—just start small. Even riding your bike to work one day a week or taking advantage of a public transit system that incorporates bicycles will go a long way to improve your mood, your health, and cutting back on your carbon footprint. Better cycling infrastructure is a major priority in most cities, making the prospect of commuting more accessible than it has ever been before. If you’re still apprehensive, challenge yourself to try it for a week. We’ve got a good feeling that the benefits you enjoy might just make you want to stick with it.