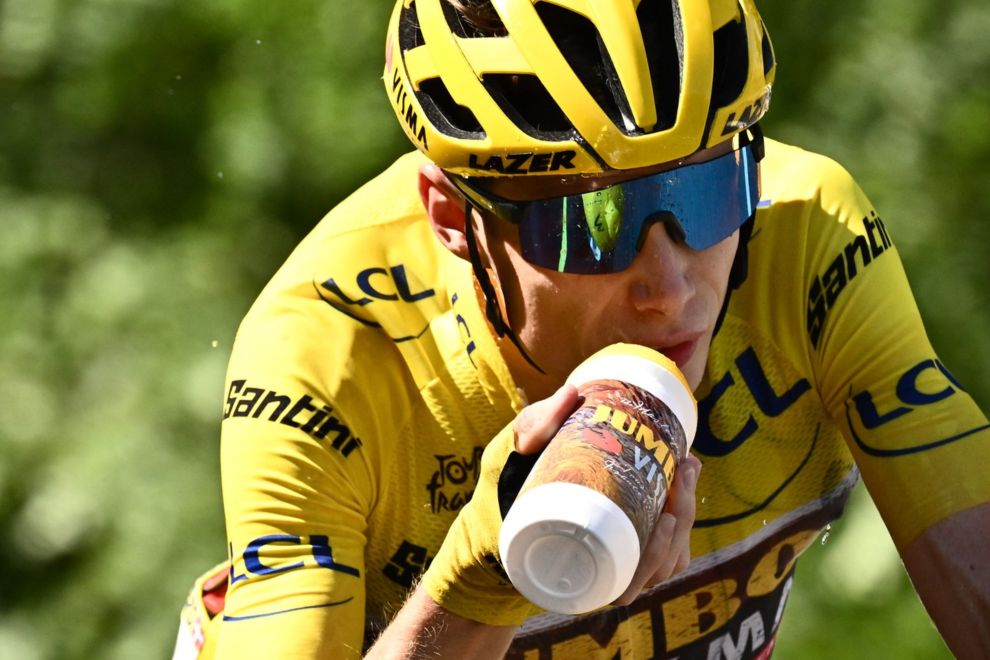 Jumbo-Visma is pushing the limits in nutrition at the Tour and ketones are a great example of that. What are ketones and what role do they play in the nutritional strategy of the team?

The role of ketone supplements

Ketones are used as an energy source in your body when glucose is not available. Your body produces ketones naturally when you’re fasting, eating a low carbohydrate diet or going for a really long bike ride. Ketones can also be ingested in a form of a supplement. Just like you have an energy drink filled with sugar glucose, some cyclists at the Tour de France will use drinks filled with ketones.

Research shows that ketone supplements reliably increase blood ketone levels. This can be used in training to enhance adaptation. Ketone supplements consumed with carbohydrates may also enhance recovery by improving glycogen re-synthesis which is particularly important at the Tour. Some claim that supplemental ketones might even improve endurance performance but research doesn’t currently support that.

Jumbo-Visma among the first to use ketones

In 2018, rumours started circulating that some teams at the Tour de France might be using ketones as a part of their nutrition. Jumbo-Visma was among the first to confirm that ketones are a part of their strategy. And it seems like the team stuck to it. At a press conference at the 2020 Tour de France, Primož Roglič confirmed but wasn’t really convinced about the effects: “Yeah, we are still using it. For the real effects, it’s really hard to say. It’s hard to feel it.”

Why do they use ketones?

Asker Jeukendrup, head of nutrition at Jumbo-Visma, confirmed that the use of ketones is based on good thinking but the research isn’t there yet.

“The use of ketones is still experimental. There are few studies to go by. It’s the same rationale that I experimented with during my PhD 25 years ago but with medium chain triglycerides (MCT). These are partly converted to ketone bodies. We demonstrated that MCTs were rapidly used and they could be a good alternative fuel. However, it’s pointless even thinking about additional fuels if you don’t have a perfect fuelling plan in the first place.”

And this is exactly what Jumbo-Visma did. They took their excellent fundamentals and added ketone supplementation on top.

In pursuit of marginal gains

Grischa Niermann, Jumbo-Visma sports director, said that ketone supplements are just a small part of the team’s complex performance puzzle rather than being the miracle pill that so many hope it to be.

Jumbo-Visma centres nutrition around their Foodcoach app powered by machine learning. It ensures they are always covering the riders’ basics. They were at the frontline with the use of glucose monitors as well as the introduction of ketones. They are searching for marginal gains which is a direction pioneered by Team Sky.

“That strategy includes a lot of other things, especially our Foodcoach app where we really measure and calculate everything that the riders take in on a daily basis, everything they burn, and what they should eat. Ketones are one of the puzzle pieces in the entire recovery plan. For some, ketones add something for recovery, for other riders less. You have to get the whole puzzle right to create any benefit,” explained Niermann.