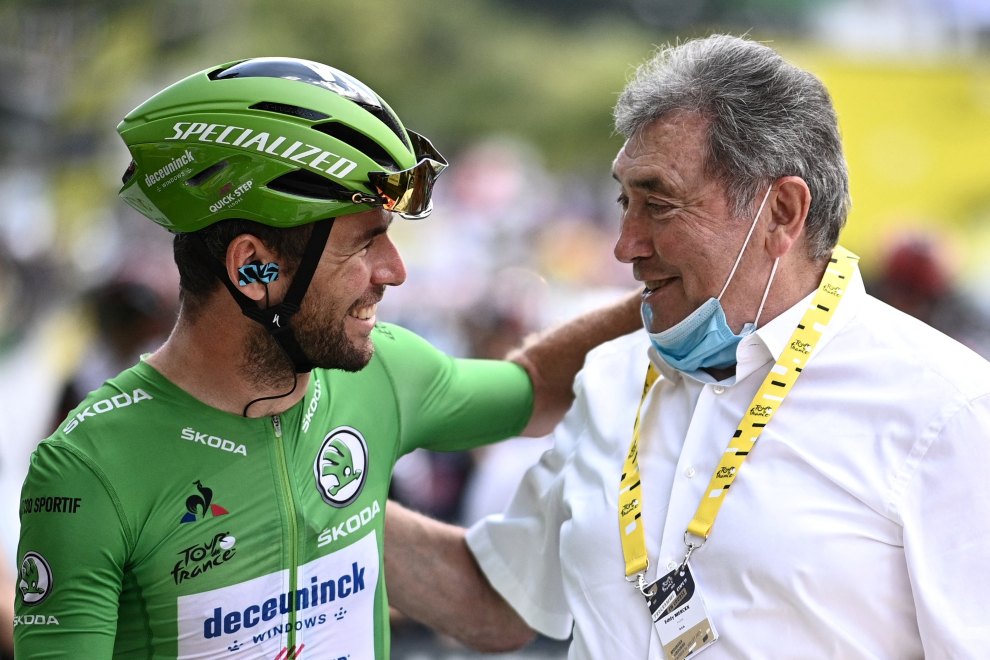 “Can you imagine winning the 35th Tour de France stage in the British champion’s jersey? It’d be really beautiful.”

“Those photos would be there forever,” he said of possibly winning the 35th Tour de France stage in the British Champion’s jersey – enough to surpass his current joint record with Eddy Merckx.

However, the Quickstep Alpha-Vinyl boss, Patrick Lefevere, repeatedly named Fabio Jakobsen as the team’s designated sprinter for the Tour.

British Champion again!🤩 The National Championships is always a special race with a unique style. 9 years after my last title in Glasgow, it seems Scotland’s been good to me again ☺️
200km, wind, rain, heavy roads =❤️ for me and tough, real racing. Thanks for all the messages 😘 pic.twitter.com/XFxp1HEKqW

“It’s unlikely I’ll go to the Tour de France,” Cavendish admitted. “So I might as well use it today and at least show that the reason I’m not going to the Tour is not because I’ve got bad form.”

“You can see my condition, that I’m good enough to do the Tour. I know if I went, I’d win [a stage],” he added, reminding everyone of his 2021 success. “I feel so much better than last year and you know what happened last year. I won four stages at the Tour de France and the Green Jersey.

“I haven’t had a call from the team one way or the other. Normally, you get a call to say you’re going or not going but this time, I haven’t had anything, so I’m trying to stay optimistic.“

So, there is still room for the management to change their mind. Should they? What do you think?