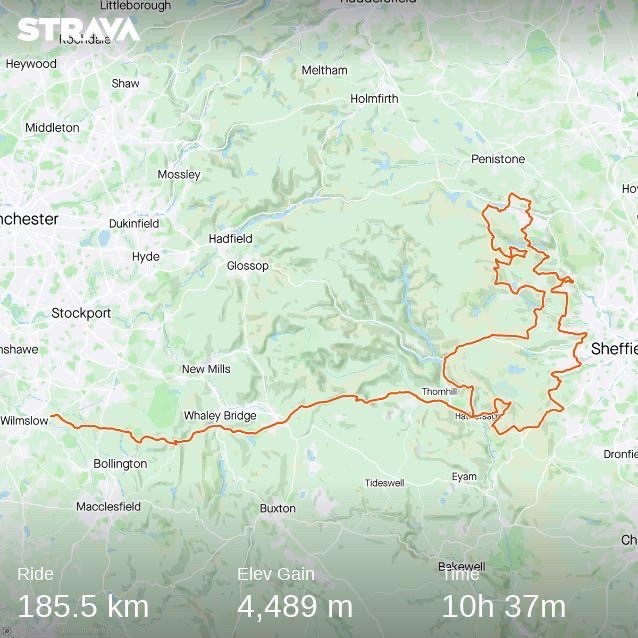 If you missed my pre-ride blog, you can find it here:

At 6am on Saturday morning, it was still dark and I was so tired because I didn’t sleep the night before as I was quite nervous for the ride. This was probably the most anxious I had been for anything in a while, even more so than for races! I was having all sorts of thoughts like ‘what if you physically can’t do it’ it ‘what if your bike breaks and you’re stuck out in the middle of the peaks… ‘

However, as I set off on to roads I knew well, it was so peaceful because of the lack of cars, and it reminded me why I love riding my bike so much. Today was going to be an adventure, whether I make it round or not.

Knocking off the first two local climbs of the day, I then had to descend the 2021 National hill climb location of Winnats Pass. Knowing that this climb would be on my way back home after around 4000m of climbing in the legs was slightly concerning but tried to push it out of my mind as I left Castleton.

Approaching Hathersage is where the hardest 100k in the UK began, and it kicked off with a bang climbing 3.57km at 7.1%. It was a beautiful road in the heart of the peaks and there were still virtually no cars so I was really enjoying it.

The first 40km of the loop seemed to go quickly and I felt strong as I approached my first planned café stop where my mum had offered to meet me and ride with me for a bit on her e-bike!

After what had been a baptism of fire for my mum in this loop we planned some tactical short cuts for her which missed a few climbs that I struggled for grip on because the road was so greasy. One of my teammates had warned me of Pea-royd lane so when I saw this pop up on my Garmin I felt a small bit of dread: 1.16km at 12.5% and I was barely half-way through my ride…

As my mum left me after riding around 30km, the rain came as I descended down to Ladybower reservoir. At this point I was feeling quite exhausted; my hands ached from pulling on the bars to climb, and gripping the brakes on the descents and I still felt very far from the finish. I stopped to have a gel which seemed to give me the boost I needed and off up the next climb I went.

My average speed had taken a big hit during the loop, partly because of the amount of climbing but also the type of descents; they were very steep and narrow roads so you had to take them slowly because a car could always be coming the other way with virtually no passing room. A lot of descents were also quite greasy on the switch backs with some gravel; not being a particularly confident descender anyway I felt like I was going down as slow as I was going back up which was a little demoralising!

I had lost track of how many climbs I’d done at this point but knew I was coming close to the distance marker of finishing the 100k so figured the last climb of the loop must be soon. When I got to the top I felt pretty relieved and ready to get moving on the way home.

There was a rare bit of flat road between Hathersage and Castleton (well it was 1% but at this point that felt like downhill) before I hit Winnats Pass. I decided to stop and grab some food here before I tackled potentially the worst climb of the day. As I set off up I was hit with a headwind; my legs were tired, my backwheel slipping so I was happy just to make it up. The finish was now very much in sight now I was back on home roads and with only one notable climb left.

When I made it back, I was proud of what I achieved as I wasn’t sure that I would be able to complete it. It gave me a lot of confidence with being independent out on the bike especially after a recent crash which knocked me a bit and to top it all off, I knew I’d raised some money for The Cyclist’s Alliance!

A shout out must go to Bott+Co who supported me throughout this challenge and facilitated a bike fit at Trek in Wilmslow for the race bike they funded for me. Is there a better way to test if a position is comfortable and efficient than to ride for over 10 hours straight and feel fine the next day!

I really appreciate everyone who came to ride with me, especially my mum who really pushed herself out of her comfort zone and I’m super proud of.

Lastly, thanks to everyone who has already donated; if you’d like to donate the link is still live. Please click the link below:

If any of you are thinking of taking up a challenge- do it! Set your goals high and you’ll probably surprise yourself with what you can achieve. 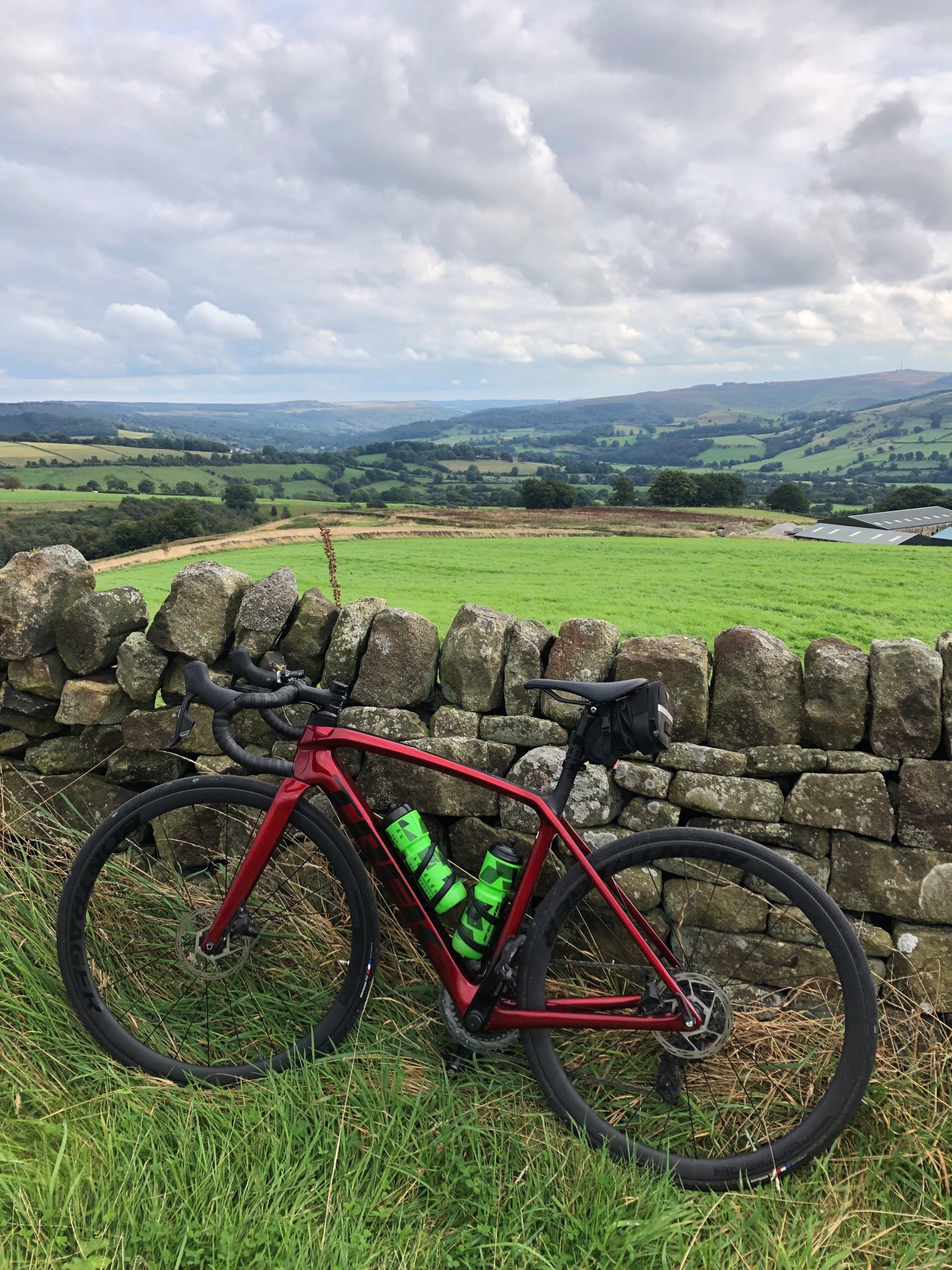