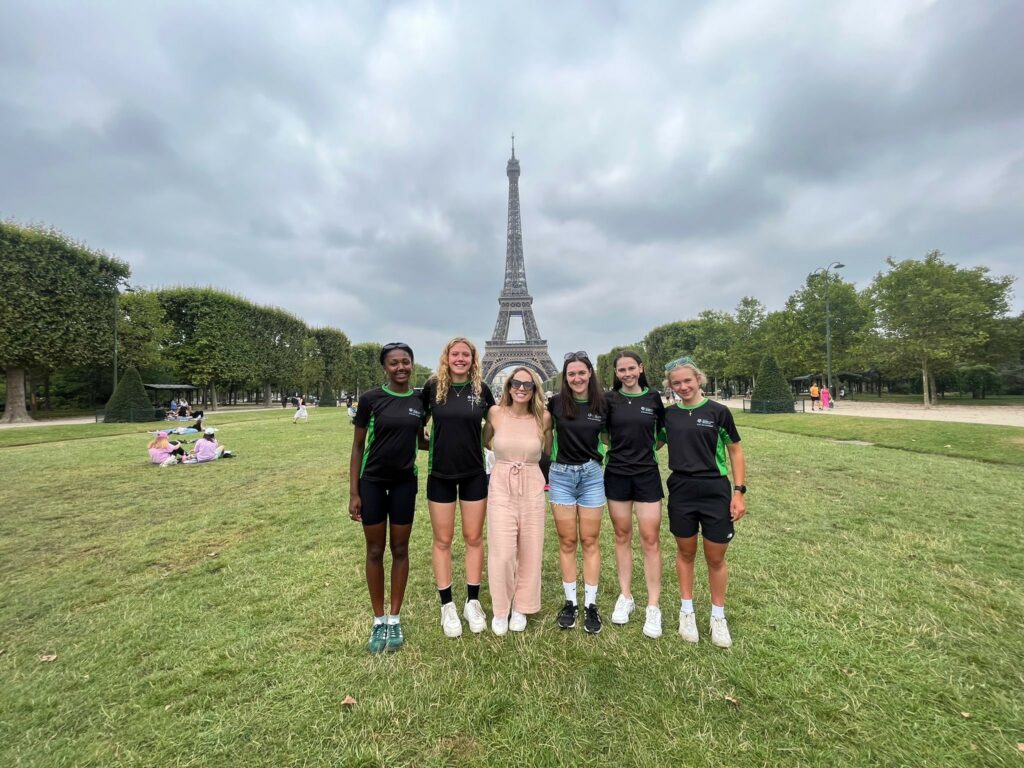 The ŠKODA DSI Cycling Academy was created to champion the challengers in female cycling. Using their longstanding support of cycling, ŠKODA are powering female cyclists to develop skills and gain insight in the sport, by providing unique experiences and opportunities. As part of the programme, the Academy riders had the opportunity to travel to Paris and experience Stage One of the inaugural Tour de France Femmes.

ŠKODA has been sponsoring Tour de France since 2004 and is proud to add Tour de France Femmes in 2022. ŠKODA have been integral in driving the international campaign for equality in sport and striving for a female equivalent of the biggest race in cycling. Women can now participate in the flagship event that is the Tour de France, which will inspire a new generation to take up the sport. Here the Academy riders tell us about their experience in Paris….

“What. A. Trip. We – the ŠKODA DSI Cycling Academy – spent a weekend soaking up the atmosphere of both dreamy Parisian boulevards, and the historic bike races held upon them – the men’s and women’s Tour de France! On Friday we were excited travelers, on Saturday enthusiastic tourists, and on Sunday avid cycling fans, witnessing the greatest male and female bike race of all time. What we experienced over the weekend was electric, inspiring, and magical to say the least, and we won’t forget it any time soon…

On Saturday, we took the Metro from George V to Saint-Paul with Chanel. We were thrilled to have a Paris Monuments Bike Tour with Peloton Café where we got to see famous attractions, including Seine Riverside, Cathédrale Notre-Dame, Eiffel Tower, Arc de Triomphe as well as museums, gardens, and Parisian bridges. A favourite part of this tour was midway through where we roamed around a long street of cafés full of tourists and locals to select a few of the wonderful Parisian cuisines and treats to try. After we rode to the Eiffel tower to sit under the amazing monument and enjoy the food we had picked up.

In the afternoon, once we had ridden back to Le Peloton Café, we spent a few hours creating content and doing interviews for ŠKODA. After this, we had a few hours of free time to explore Paris and walk around the market stalls by the river before heading back to the hotel to find another lovely restaurant for dinner.

On Sunday morning, in the bright and warm sunshine, we headed to the start of the Tour de France Femmes at the Eiffel Tower. From the moment we arrived, the atmosphere was amazing with massive crowds of locals and people who had traveled from across the world. We had access to the rider’s zone which really added to the atmosphere, as we got to experience behind the scenes, seeing riders warming up as well as meeting and talking to some of our idols. We then headed to the start line as the riders began to line up, and after a marching band played they were off, marking the start of one of the biggest days in the history of women’s cycling!

We then moved to the finish area on the Champs-Élysées, where crashes and breaks made for an exciting 12 laps of racing for the women’s peloton, before it came back together for the inevitable bunch sprint which was won by Lorena Wiebes to put her into both the yellow and ŠKODA green jerseys.

After a break from watching the racing, and getting to see the iconic caravan parade, the men’s peloton arrived at the Champs Elysees for 8 laps of the circuit to conclude their 3 week Tour endeavour. After following the Tour along closely over the last 3 weeks it was amazing to see the riders and jerseys in real life. After several attacks and breaks forming, it again came down to the expected bunch sprint with Jasper Philipsen taking the win.

This concluded an amazing and inspirational weekend!” 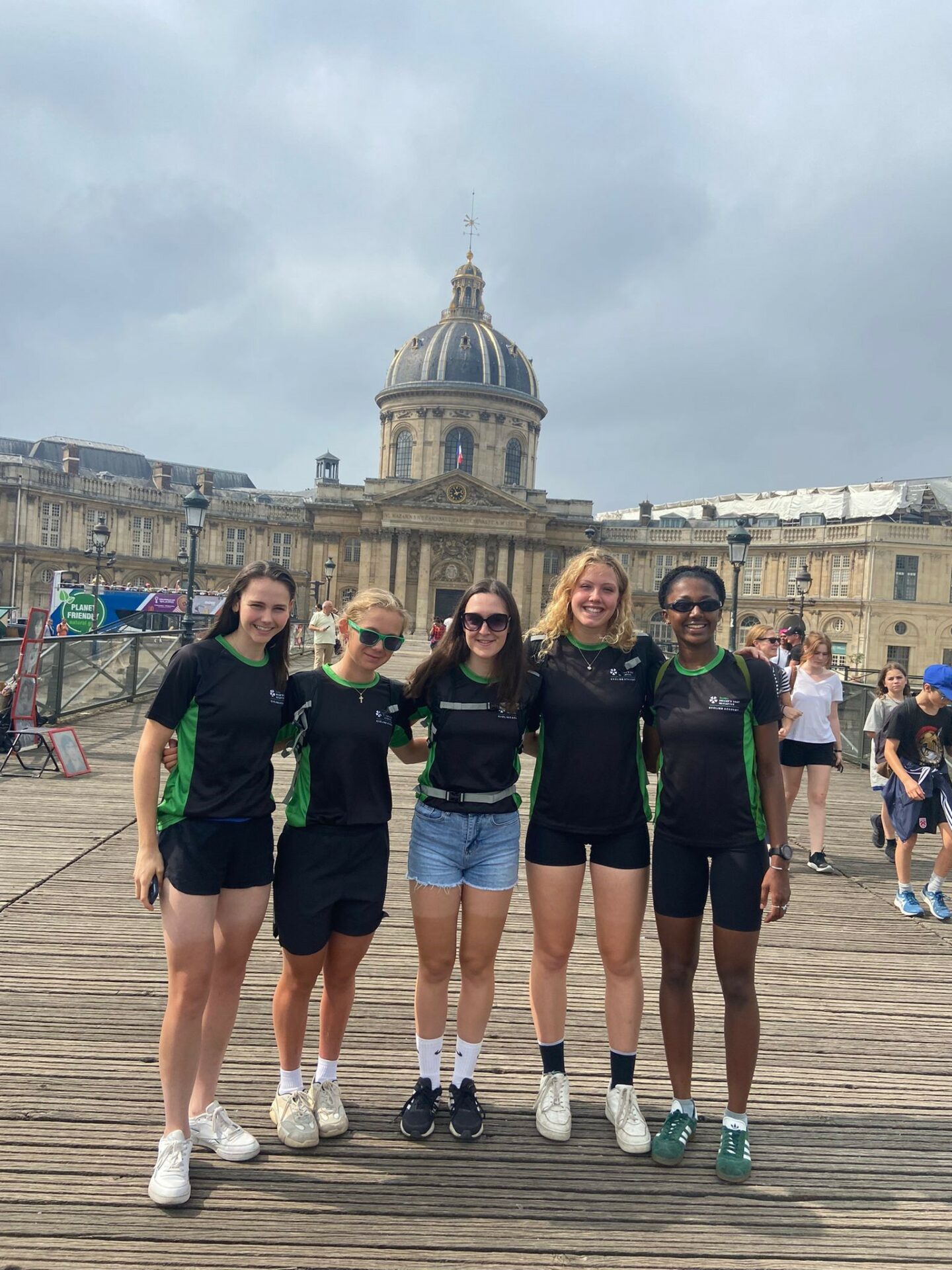 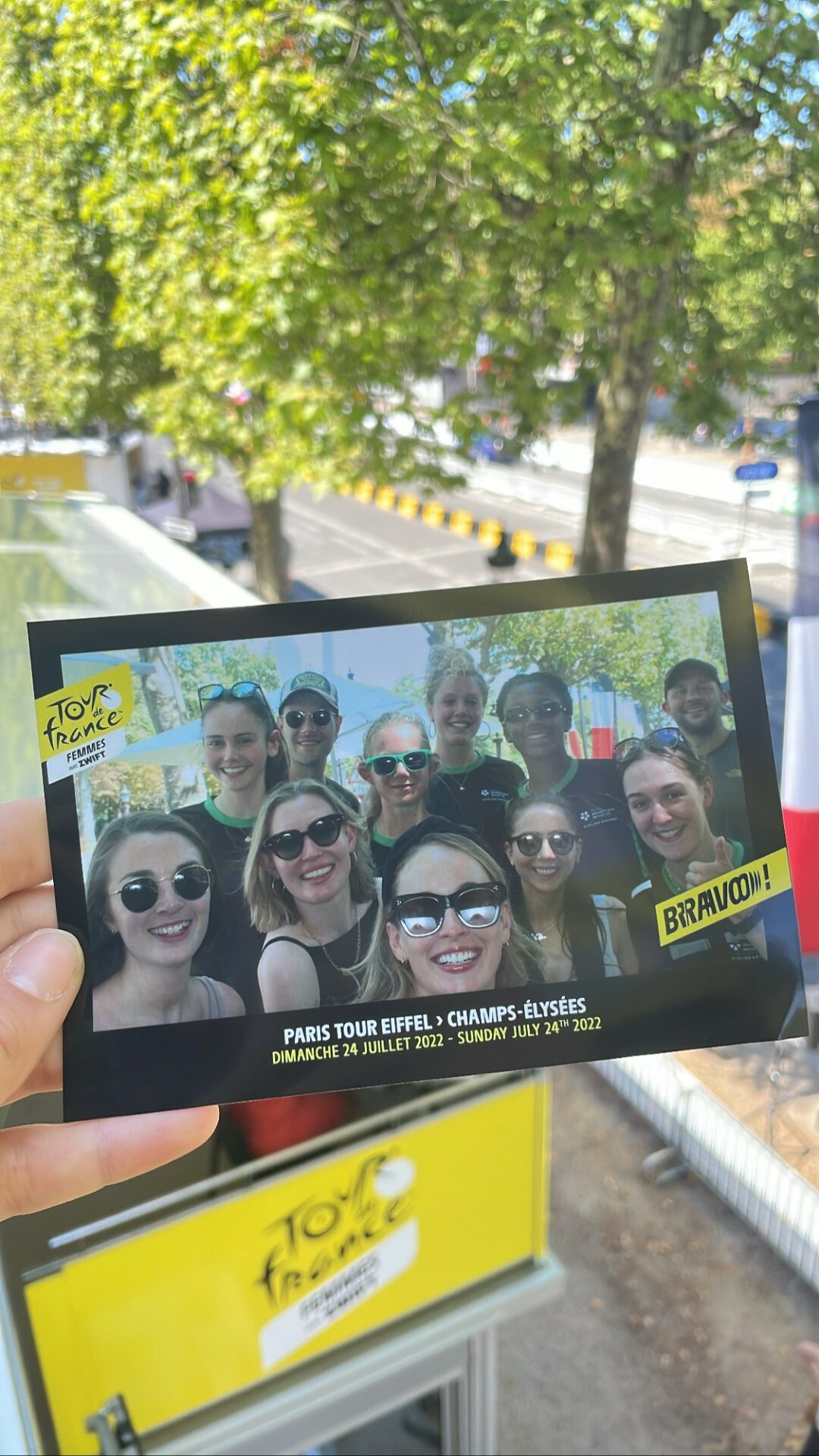 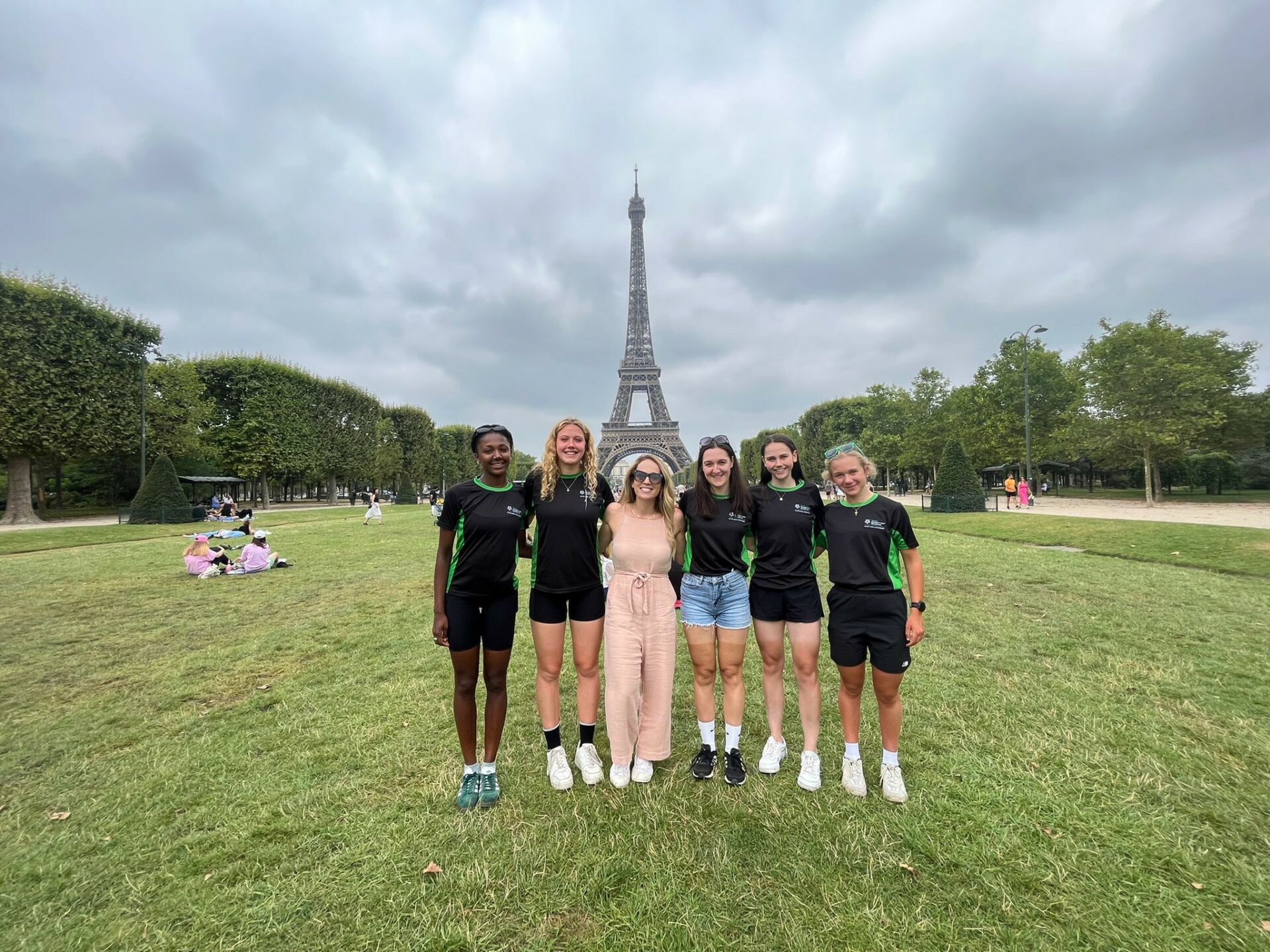