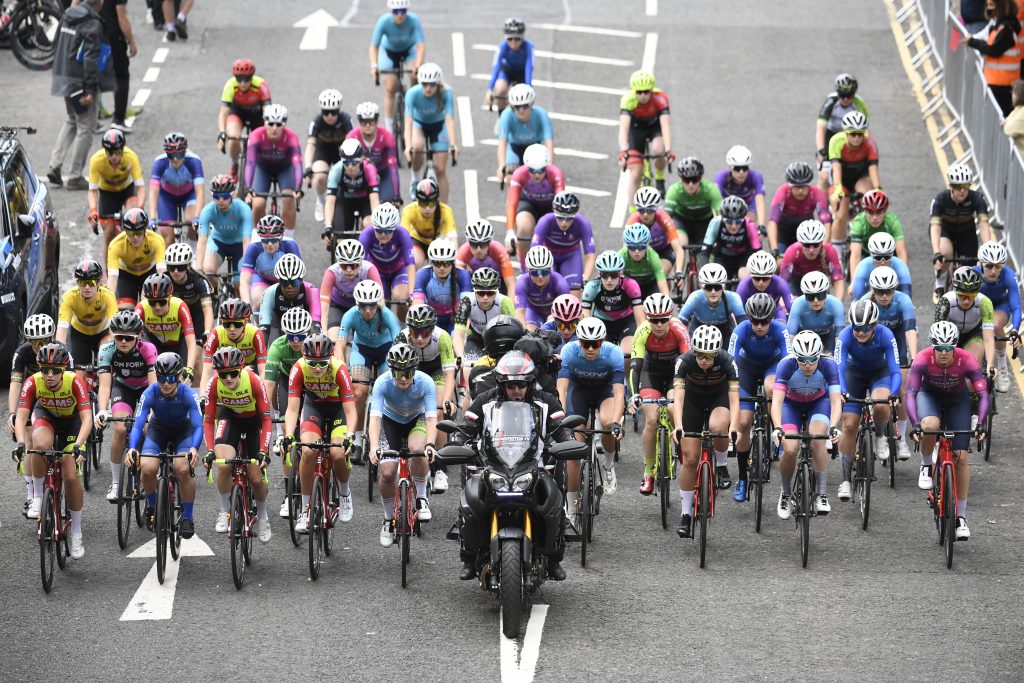 For those of you who are new to cycling, the Tour Series is the UK’s biggest and most prestigious televised cycle race series for men and women, with a unique team based format. For the first time in Tour Series history, there were more women’s teams racing than men! Hotly contested in the women’s category then you might say! The format of this condensed series; team standings are decided on the times of the first 3 riders to cross the line and each team may field up to 5 riders. If you missed the action, highlights of all 3 rounds are available on ITV hub.

As a team, we went into the Tour Series blind; no one had raced it before so we didn’t know how fast it was going to be! The circuit was technical with two little risers that made those legs and lungs burn plus a sharp corner that made for some interesting line choices. There was a lot of shuffling for position coming into the last 15 minutes and a crash towards the end almost put us all out of action! Thankfully we all got round safely and finished well.

We drove to our accommodation for the evening and celebrated with a well-earned pizza. Whilst chatting, the results came through for the standings after round 1 and we had placed 5th out of 15 teams! We were delighted!

After a relatively relaxed roll out the morning after, we drove over to Sunderland where we decided to do a good couple of hours in the saddle and flush the aching muscles out. Olivia plotted a fantastic route and took us to a lovely little cafe in the heart of Durham; we then rode back to watch the highlights of our race on TV which was rather special.

Onwards to the next round in Sunderland!

For myself, just Round 1 was on the menu for my debut to the Tour Series. As always, this race gave me so much insight and useful things to take-home to better myself as a cyclist.

As Rebecca mentioned above – this was a new race for us all and, wow, what a fabulous experience it was to be riding for the team with outstanding crowds supporting the racing. The race itself was like nothing I have experienced previously; it was a very tight and short circuit! My legs were definitely not prepared for all the sprinting and after managing to stay with the chasing group for the first 25 minutes, I was then so tired that my ability to corner without braking around the sharp corners led to me hanging on for dear life at the back of the race. Nothing at all to share results wise for me on this occasion but it was a great race to be a part of and see the team flourish in.

We had a fantastic support crew as always and it was so exciting following the team’s progress during the other two rounds! Team green made everyone proud.

The Sunderland circuit was the least technical course of the Tour Series so it made for a fast race but the corners were still tight which meant positioning was key. The first half of the circuit was uphill and the second half was downhill so the last few corners before the finish line were particularly quick ones. Thankfully, there were no crashes in this round and we managed to move up to 3rd in the overall team rankings which we were really pleased with.

The atmosphere at Sunderland was amazing and the crowds really spurred us on. The race went around the perimeter of Mowbray Park where a fan zone had been created to put on family entertainment throughout the day and draw an even bigger crowd to the event.

All 3 rounds were really well organised and the TV coverage made it even more special for us to reflect on our experiences at each of the rounds.

We’d been pretty lucky with the weather thus far in the Tour Series but as we arrived in Scotland, we were greeted with blanket rain and high winds. It made for a dramatic final round!

The team managed to get out on a pre-race spin in the sun on some peaceful roads in the Scottish hills. In the time in between rounds, it was nice to enjoy riding in new places with everyone.

The team had a fantastic first two rounds and so we went into Castle Douglas in 3rd place.

In classic tour series fashion, the race started off similarly to the rest of them i.e flat out. Castle Douglas was the most technical of the 3 circuits with lots of corners, potholes and even some cobbles to contend with and so it split up pretty quickly. Unfortunately, a puncture for Beth meant we slipped down the standings to come 7th overall. Great rides from Lucy and Rebecca put them in 9th and 35th respectively.

This was my first experience of racing a big event and by the 3rd round, I was starting to get a bit more confidence and managed my highest placing of the 3 rounds. I’ve learnt loads from the series and the taste of this kind of racing has given me a lot of motivation to work hard so hopefully, in the future, I can be up there to help my teammates at the pointy end of the race.

Thank you to all of the Skoda team for their support throughout the week; we couldn’t have done it without you all and it really was an unreal experience. 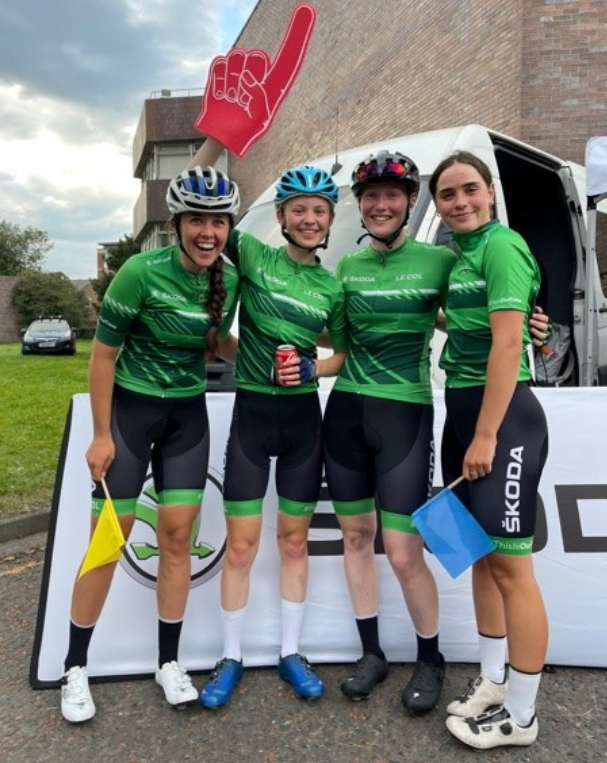