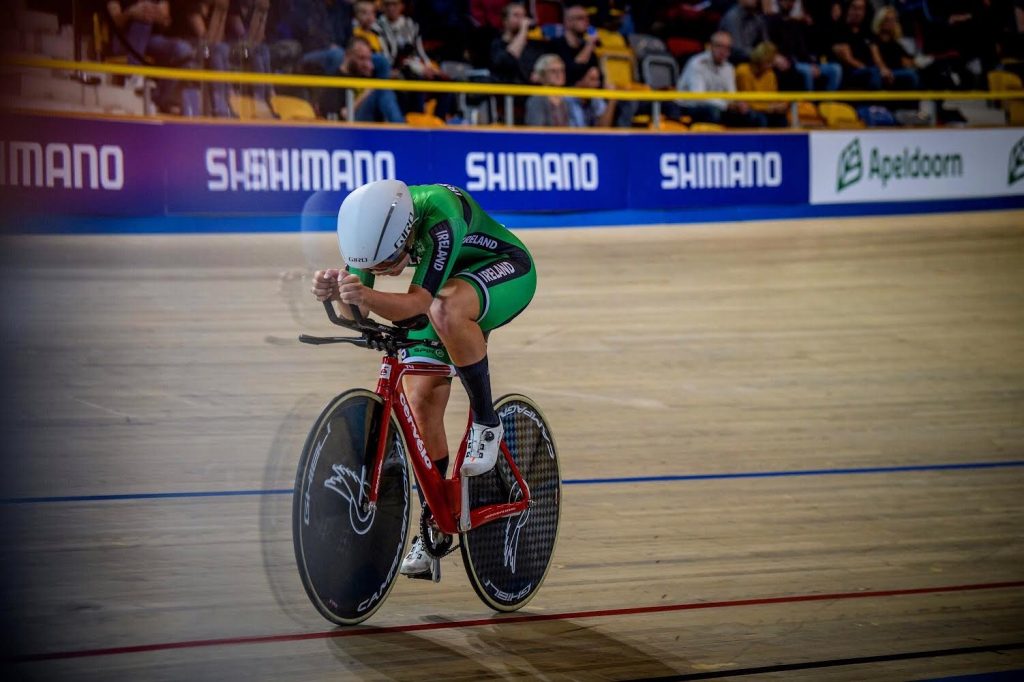 When Nicolas Roche and Dan Martin retired within a week of each other last October, it signalled the end of an era in Irish cycling – but not the end of the road. With the likes of Sam Bennett and Eddie Dunbar already well established at the highest level, the immediate future was already in good hands, while a glance at the crop of up-and-comers suggest the best is yet to come.

With that in mind, we’ve chosen five of the finest young riders flying the flag right now – each of whom may well break out as a new Irish cycling superstar during this year…

There’s every argument that the 20-year-old could have made the step up to World Tour level last year, but a final jaunt at U23 might have been the making of him; a stage win at the Baby Giro, a valuable season of racing after the COVID-interrupted 2020 season, and a contract with EF Education-Nippo waiting on the other side. The UK born Healy – whose Cork roots are the reason he’s now competing in green – is an impressive all-rounder, with the sort of skill set that could well see him develop into a GC contender as he matures.

Readers of We Love Cycling may have already met the Enniskerry hotshot; it’s likely that the coming years will see just about everybody introduced to her talents. Turning 21 this April, her prodigious career has seen a raft of medals at Junior, U23 and Senior level, with a European silver at U23 perhaps the pick of the bunch. Paris 2024 is the major goal in the years ahead for a rider who’s proven a track dynamo – but beyond that, you get the feeling the world is her oyster.

The youngest rider on this list, the 18-year-old from Tyrone has raced through the Junior ranks, turning heads across the cycling world in the process; bagging an invite to train with QuickStep, and signing a contract with Hagens Berman Axeon – widely regarded as one of the best developmental squads around. Competing in France last year, he racked up the wins while becoming one of the highest ranked Juniors in a country teeming with talent. If his progression continues as it’s been going, there’s no end to what he might achieve.

Another young man who headed for France to find his feet, the Antrim teen will compete for the highly-touted Trinity Racing in 2022 – the same squad that helped nurture Ben Healy into a WT rider. A season disturbed by everything from concussion and COVID to a broken collarbone wasn’t in the plans, but finishing 2021 with a win in the Junior TT at the Irish Championships served as a reminder that on his day, he’s one of the brightest prospects we’ve got.

With a National Elite Silver alongside a set of solid performances for Team Rupelcleaning in Belgium, 2021 was an impressive season for the Birr athlete; when you realise it was her first full campaign on a bike, it beggars belief. A talented runner until hitting the saddle less than two years ago, her progress in such a short space of time has been staggering. Early signs for this year, when she shone at the Santos Festival of Cycling in Australia, suggest that there’s plenty of road left in one of the more remarkable stories in Irish cycling…

Fancy setting yourself a new target in 2022? Check out our beginner’s guide to cyclocross in Ireland.