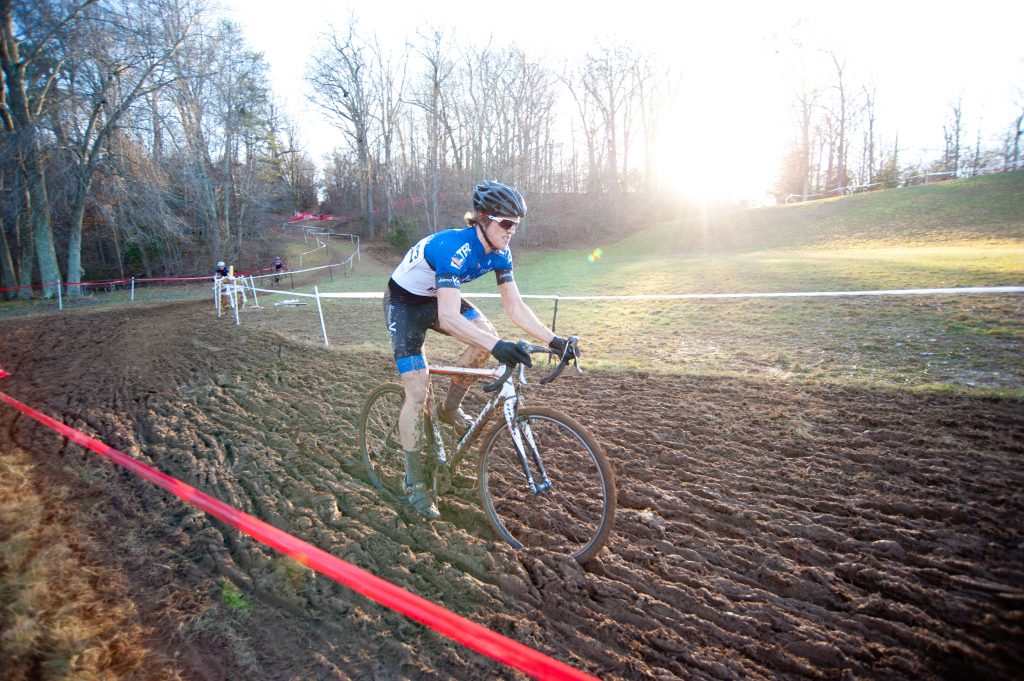 Cycling is a wonderful way of getting from A to B…until someone’s forgotten to build a road between them. And that, readers, is where cyclocross comes in.

While the discipline has been around for decades – first used as a winter training regime by elite road cyclists – it’s now become one of the fastest growing forms of bike racing around. On tracks of grass, dirt, mud, gravel and just about any other underfoot substance one can think of, riders navigate a track with a multitude of obstacles; many will require dismounting and tackling it by foot, carrying your ride as you go.

For some, the activity known as CX probably sounds like a unique form of torture – but for plenty of cyclists, veterans, and newbies alike, it’s one of the most exciting, rewarding, and appealing challenges out there. So how does it work, where can you try it, and what do you need to get started? Read on for all the need-to-knows…

Typically, a cyclocross race will take place on a track somewhere between 2km and 3.5km long. Whether it’s through woodlands, mountainsides or mucky fields, the goal remains the same; to complete as many laps of the circuit as possible during the time allowed, which is usually 30-60 minutes.

The key is that obstacles – both natural and man-made – will have to be overcome along the way; that sometimes means hopping off, picking your bike up, and scurrying across/over/around anything that might be in your path. At other times, it means handling sharp turns, steep drops, tree roots, hurdles, and more – off-roading at its best.

The combination means it’s unlike any other type of cycling out there – and helps to explain why devotees treat it less like a sport and more like a lifestyle!

One of the beautiful things about CX is that the world is your oyster; you can basically have a go no matter where you are. Is the terrain a bit uneven, or are there awkward gates and steps on your route? All the better – that’s sort of the point!

Of course, there are some purpose-built facilities across the country:

Further to that, there’s more and more cycling clubs across Ireland introducing CX into their fold, and they organise training and racing up and down the country; contact your local club and they’re sure to point you in the right direction to get started.

Or failing that, just get on your bike and go; it’s all in the spirit of the sport!

WHO CAN DO CYCLOCROSS?

Of all the attractions of the sport, the fact that anybody can get involved at their own level has to be near the top. Races are never longer than an hour, so it doesn’t take a huge amount of time, and the fact that you’re going on a circuit means you don’t need to be ready to hammer out a set number of kms every time you mount.

It also tests such a variety of abilities that everyone – from the endurance machines to the power merchants – will have their own tricks to bring to the table. It’s rare that you find so many different shapes and sizes of rider duking it out, but that’s CX for you!

WHAT DO YOU NEED?

Cyclocross bikes are a thing, but you don’t need to splash out on the first day. The differences between a CX bike and a regular road bike aren’t huge – a shorter frame and higher clearance are the most notable differences – so your usual ride will suffice to get started. Local races will usually even allow MTBs, so don’t sweat the equipment too much until things get more serious.

The important stuff? Your helmet, and some kit that you don’t mind getting filthy. If you’ve got those boxes ticked, then you’re just about ready to go!

Off road adventures your kind of thing? Check out our top mountain biking trails.