Have you ever heard cyclists speaking gibberish? The lingo of the world on two wheels has slangy terms, words and phrases that might be hard to understand unless you’ve joined the bunch. To make things even more complicated, both roadies and bikers have their unique language. Can you recognise which sentence uses MTB and which roadies vocabulary?

Because of the strong wind, I tried to suck the wheel of the rider in front of me as if my life depended on it. (Roadies)

Rider describes that they tried to get as close as possible to the rear wheel of a cyclist in front of them to use a perfect draft on a windy day.

That skinny seemed too scary to me. (MTB)

A wooden beam used as a part of mountain biking obstacle was too difficult to ride because it was either too narrow or too high above the ground.

As the conditions were unstable and there was a crosswind, there was no other way than to form an echelon. (Roadies)

Rider explains that his group used maximum drafting in a crosswind, creating a diagonal line of bikes across the road. Cyclists usually form an echelon by moving slightly to the side of the rider in the front and just behind their wheel, depending on the wind angle. If the wind blows from the left, you move right, and vice versa.

Oh Gosh, I really had a hard time in that rock garden! (MTB)

It took a lot of effort for the rider not to crash while riding through a section on a race track made of numerous rocks, designed to challenge the technical skills of the riders.

You can't buy happines. But you can buy a bike and that's pretty close ? #welovecycling

I made 150 km today into an incredible headwind and I’m cooked. (both)

Totally exhausted after a demanding ride.

Despite my enormous effort, I got dropped long before the peak. (Roadies)

The rider lost touch with the peloton and ended up climbing on their own.

I don’t understand how Amy could have invited that Hubbard to our club. (Roadies)

The rider got angry with Amy about her bringing in an awkward new club member that can be identified by clumsy cycling skills, unshaven legs, little knowledge of the sport and an unfitting kit. 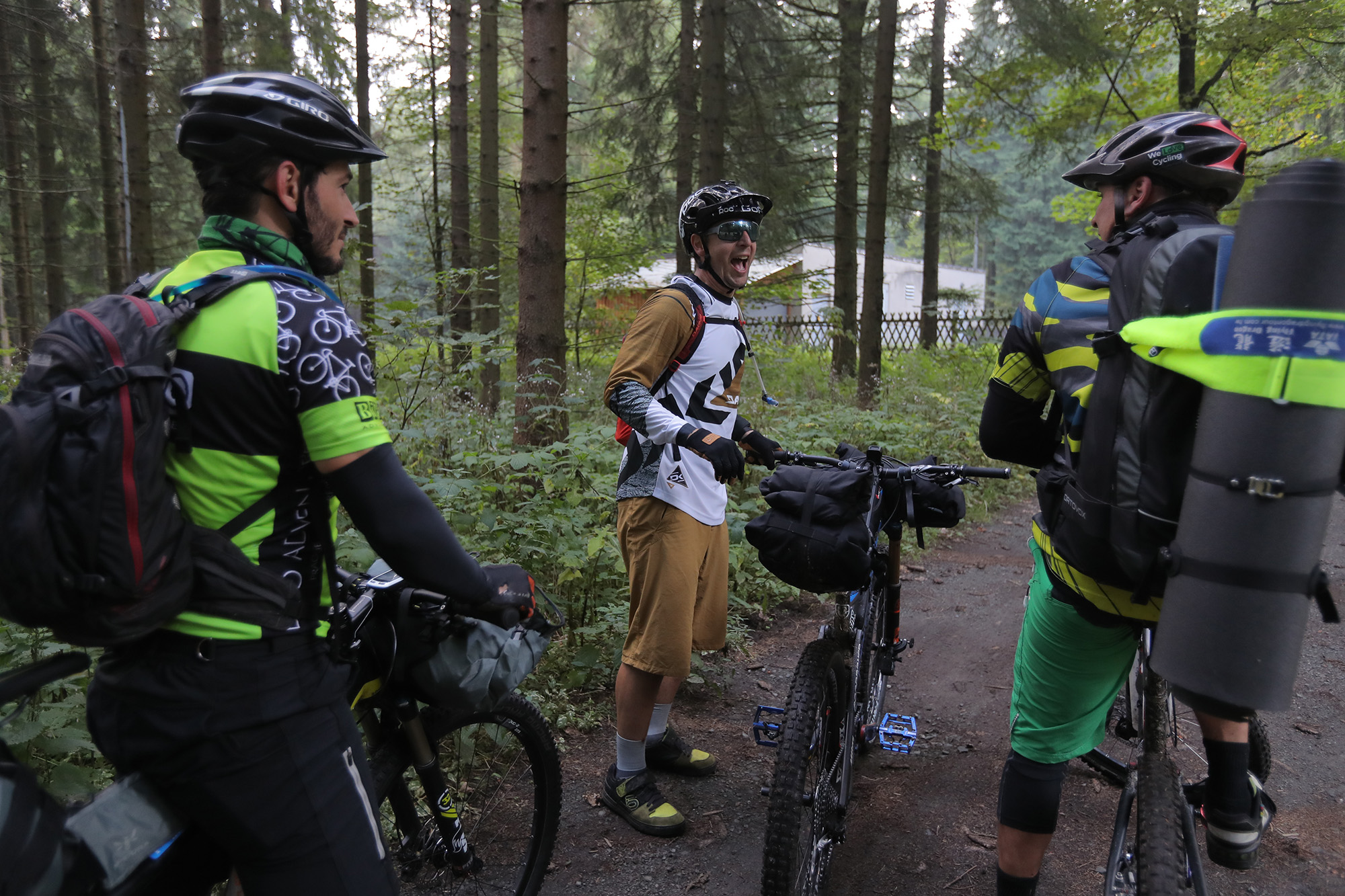 I need to see my serviceman. There’s a strange sound coming from the bottom bracket. (both)

A bottom bracket is a bearing assembly which allows the cranks to rotate in the frame. Sometimes it produces annoying sounds such as squeaking or cracking. In such cases it’s recommended to have it tuned up in a shop.

We’re planning to spend a wonderful holiday in the Circle of death. (Roadies)

The area called Circle of death is considered the hardest part of the Tour de France and encompasses four high passes in the Pyrenees. The stage which runs through the Peyresourde, Aspin, Tourmalet and Aubisque cols was introduced in 1910.