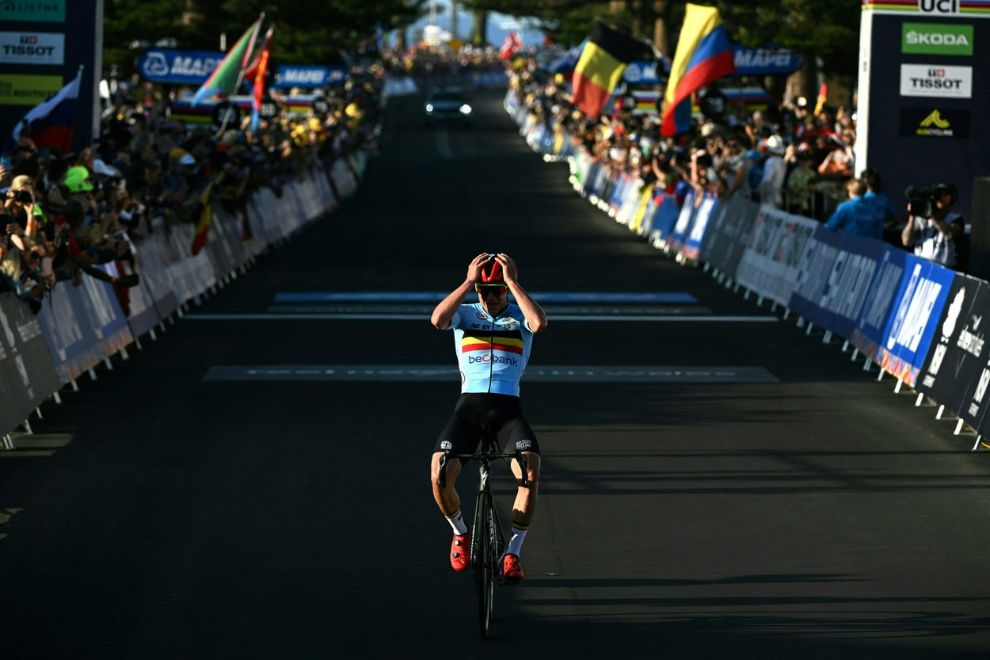 The Belgian soloed to a spectacular victory in the 2022 World Championships Elite Men Road Race. Christophe Laporte (France) took silver in a bunch sprint and Michael Matthews (Australia) won the bronze for the host nation of Australia.

Remco Evenepoel put out a dominating performance, finishing more than two minutes ahead of the field. After leaving Alexey Lutsenko (Kazakhstan) behind with 25 km to go, there was no one who could stop him. The Belgian won the Vuelta in September, Liege-Bastogne-Liege in the spring and now his season culminated with a world title.

What a ride 🤯🌈#Wollongong2022 pic.twitter.com/Mhxm1zCJuQ

“It’s three more hours of racing – much, much harder,” Evenepoel said after the finish. “It’s been a long season, and it’s amazing to finish it like this. I was there with Alexey but I felt quite quickly that I wanted to be alone.”

“It’s a pity the [same] race next year is in August, so it’s one of the shortest years as World Champion, but it’s something I’ve been dreaming of and I’ve won everything I could this year. I don’t think I will ever have such a good year again.”