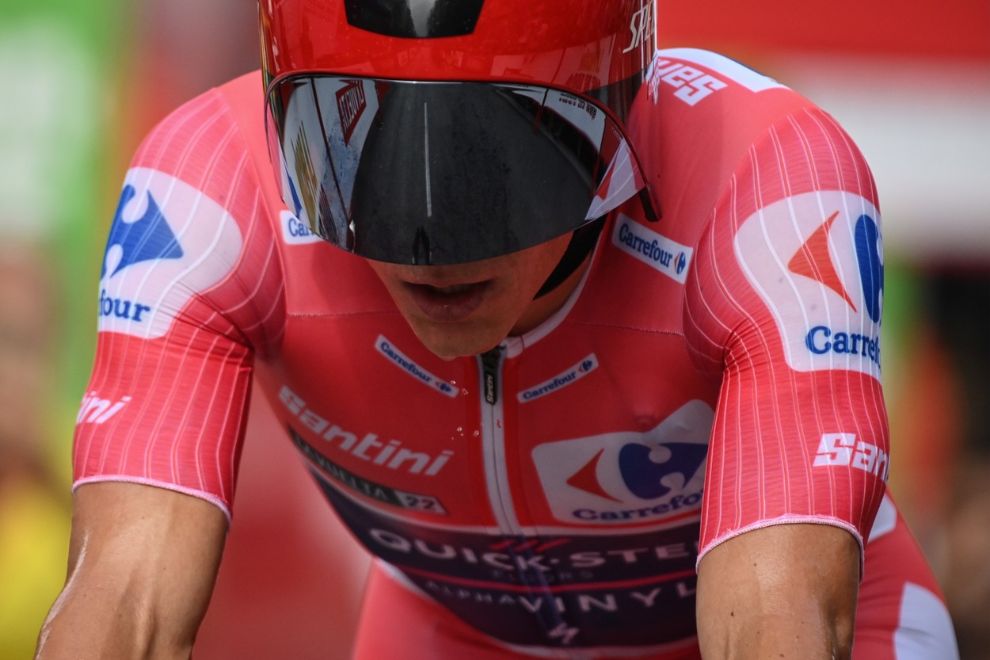 The average speed of 55.67km/h brought the 22-year-old a much desired first stage victory at a Grand Tour. A truly spectacular performance by the young Belgian.

Remco Evenepoel trained on the course in the morning and then followed Rémi Cavagna in a team car as the Frenchman rode a nearly perfect ride himself. He had more than enough information it seemed as he improved his teammate’s time at the first checkpoint by 21 seconds. He continued in that fashion and finished with a time of 33:18, 48 seconds faster than Primož Roglič and a minute faster than Rémi Cavagna.

“I achieved my dream and goal for this race, and it feels great,” said Evenepoel after the stage. “The pressure is off now, but the confidence and motivation are high, so we will continue to fight over the next stages. Winning the Vuelta remains a dream and we will try to keep the jersey for as long as possible, but for the moment we will just enjoy what’s a fantastic day for us.

“I saw what Rémi did and knowing the time in the key sections of the race helped me a lot, as I noticed many were losing time in the second part of the course, which included that long downhill. I knew I had to push the entire time I was out on the course and after almost 30 kilometers, on the small bump to the finish, my legs were a bit heavy, but I left it all out there and it feels nice to know that I won my first Grand Tour stage in the leader’s jersey.”

He’s got over two and a half minutes on Roglič, his nearest opponent. Do you think anyone will be able to challenge him for the overall win?

“Every year, sooner or later, you lose,” Roglič said after the conclusion of the time trial. “If you’re not here [with great form], you’re going to lose. Evenepoel, meanwhile, is flying at the moment. He’s on a different level at the moment.”