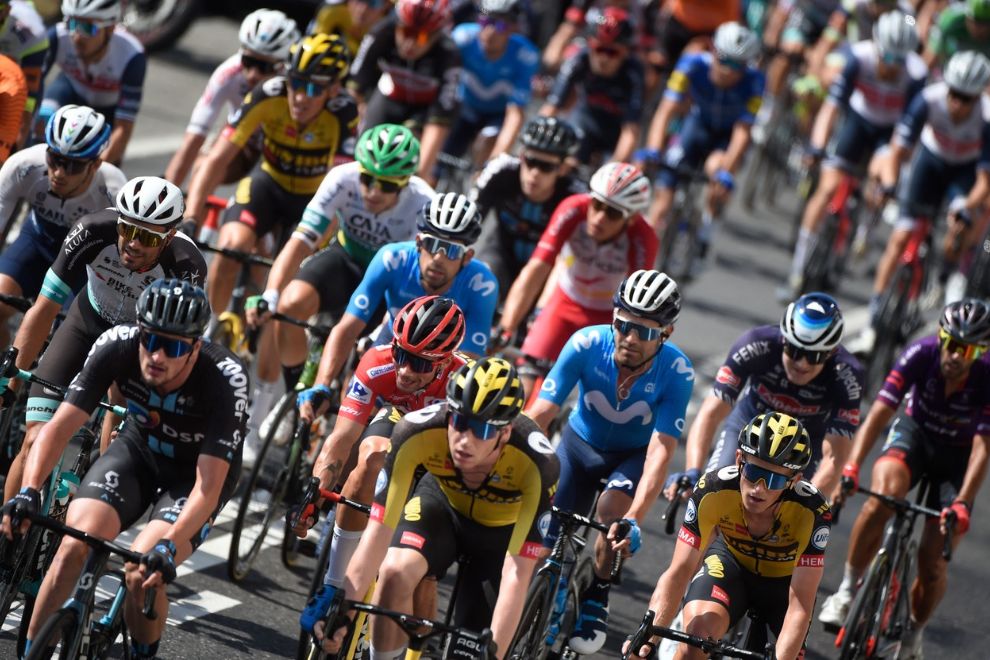 Over the last few years, the Vuelta a España has always delivered in terms of explosive, exciting racing. In many ways, as a racing proposition, it has arguably been more exciting than its senior Grand Tour counterparts, the Giro and Le Tour, perhaps due to a combination of always creative but demanding parcours, shorter and punchier stages that invite aggressive racing.

Plus, of course, it’s the final opportunity for Grand Tour success for those podium-chasing riders who missed out at the Tour or Giro due to bad luck, injury or illness. Take Primož Roglič as a fine example here. The three-time Vuelta champion will be back on the grid in Utrecht in a bid for a record-breaking fourth successive win after personal disappointment yet again at the Tour de France. The likeable Slovenian will have a point to prove and a mighty team to back him up.

So, who will be there to challenge him? At the time of writing, the field has not yet been fully finalised but there are numerous key riders who I think could pose a serious threat or at least vie for a podium spot. Let’s take a look:

Movistar are perilously close to the World Tour drop zone so they’ll be hoping that last year’s Vuelta runner-up Enric Mas can recreate that form after a difficult Tour de France. Maybe the presence of Alejandro Valverde in the squad, riding his last-ever Grand Tour, will inspire Mas to greatness.

BORA – Hansgrohe bring along revelatory Australian Jai Hindley, this year’s Giro D’Italia winner, whose ability on the steeper, longer climbs strongly suggests he’ll figure. Another young Aussie to conjure with is Ben O’Connor of AG2R Citroen who will be eager to put behind him a disappointing Tour de France after finishing 4th in the 2021 Tour and winning a stage.

Arkea – Samsic field 2016 Vuelta winner Nairo Quintana, fresh off the back of a very respectable 6th overall at the Tour, whilst Bike Exchange Jayco also bring another previous Vuelta champion in Simon Yates, who looked sharp as ever in the Giro with two stage wins, until a knee injury saw him withdraw on stage 17. He missed the Tour so will be fresh and focused with an increased capacity against the clock (see his Giro TT win) that should serve him well.

Ineos Grenadiers will be relying on Olympic Road Champion and 2018 Giro winner Richard Carapaz to hopefully take the final red jersey in Madrid. The Ecuadorian was Vuelta runner-up in 2020 and is backed by the likes of recent Vuelta Burgos winner Pavel Sivakov and 21-year-old Spanish Road Champion Carlos Rodriguez. I was chatting to two-time Vuelta Champion Alberto Contador at the Tour and he is tipping out this youngster for greatness, so watch out for him in his Vuelta debut.

Other notable contenders include Astana’s in-form Miguel Angel Lopez; Mikel Linda and Jack Haig of Bahrain Victorious, the latter placing 3rd last year; Brandon McNulty of UAE Team Emirates who may get a leadership role after an impressive TDF, plus they have Joao Almeida as an option too; the duo of Esteban Chavez and Hugh Carthy of EF Education Easy Post if in form could prove very disruptive, with the British climber having placed on the podium here in 2020 and the experienced Colombian back in 2016.

And finally, what can Remco Evenepoel of Quick–Step–Alpha Vinyl do in his debut Vuelta? He’ll have World Champion Julian Alaphilippe by his side and he tore the field apart (again) recently in the Classica San Sebastian, so all eyes will be on the young Belgian prodigy. Still only 22, he’s amongst the finest time triallists in our sport and this year has displayed more explosivity than ever, a facet that could enable him to take time and bonuses on the shorter hill finishes. Plus, he’ll be fresh and hungry, having not ridden a Grand Tour this year so far.

OK, we’ve considered the potential winners and protagonists, let’s take a look at the route. As mentioned earlier the 77th edition of La Vuelta starts in the Netherlands with a flat 23.2-km team time trial followed by two stages built for the sprinters (who have slim pickings in this race) before heading back into Spain. Two lumpy stages follow before stage 6 gives us the first mountain top finish to the Ascensión al Pico Jano San Miguel de Aguayo. The only individual time trial features on stage 8 over a flat 31.1 km before a brutal succession of hilltop and mountaintop finishes – the most notable being stage 12 to Penas Blancas, stage 15 to the Sierra Nevada at 2,500 m and stage 18 up to the Alto del Piornal before the traditional finish in Madrid.

As ever, the course design is built for climbers with only 31.1 km of time trials, there’s not a great deal the specialists will be able to prise out here. The long TTT opening stage could put a few teams well on the back foot, forcing aggressive racing not just in the high mountains but on the intermediate, hilly stages too, several of which have short, punchy uphill finishes. Whoever runs out victor, it’s sure to be a special race, especially given the new, fresh and unpredictable nature of modern racing.