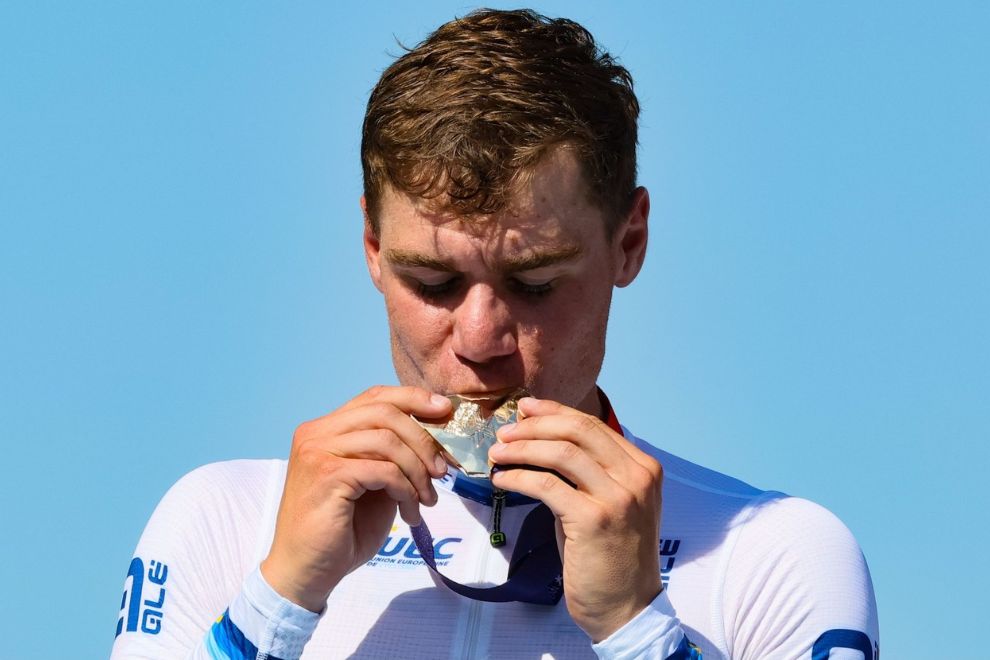 The Dutchman outsprinted everyone to claim the gold in Munich.

Fabio Jakobsen (Netherlands) started the race as a favourite. However, Italian riders, who have claimed the last four gold medals in the race, looked strong in the final kilometre. So did the Belgians. In the end, though, nobody could top the Dutch and Jakobsen’s speed. Quick-Step Alpha Vinyl rider beat Arnaud Demare (France) into second and Tim Merlier (Belgium) into third.

“We [Dutch riders] don’t race together much as teammates but we had a good plan and everybody did their work and made a huge effort to put me in position,” Jakobsen said afterwards. “I’m super happy to be a European champion.

“The last man today, Danny van Poppel, I think he did an incredible job, putting me at speed on the wheel of Tim Merlier. I already thought before the race that Tim was going to be my biggest competitor, we’re both top sprinters. I put myself in his slipstream and then I could pass.”

“I suffered a bit on the steep kilometre at 10% because that’s not my terrain but we got through it,” Jakobsen said. “We had a really strong team to control this race but we saw the break was under control, so we just decided to move up with two laps to go. We were in position then, and the team kept me there until the last corner with 1 km to go. Danny van Poppel, like I said, did anh amazing job. I think he showed today that he’s one of the best lead-out men out there.”

The win completed a nearly perfect season for Jakobsen who also won two stages at the Tour. What a way to come back from that horrible crash at the Tour of Poland in 2020. Congratulations, Fabio!