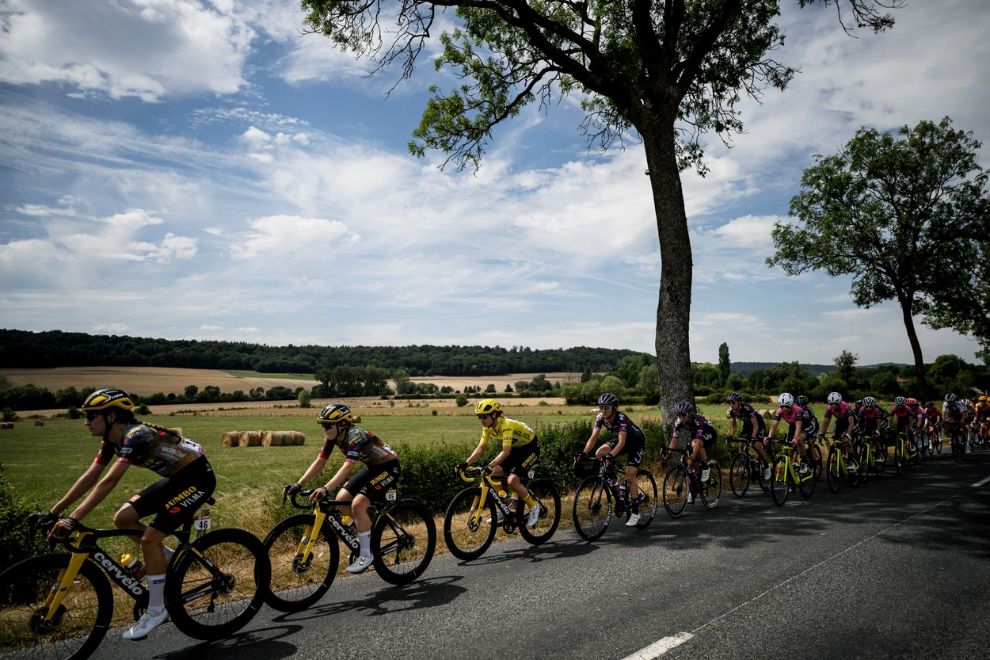 Women’s cycling rocks. Full of heart-stopping moments that leave us with sweaty palms, the racing gets better every year. And thankfully, we are getting to see more and more of it. Witnessing these events where history is being made in live broadcast is a reminder that all the hard work and sacrifice the women’s peloton put in was worth it.

Because if you know anything about women’s cycling, you know that it has a fascinating history full of champions who overcame unbelievable hardships to build the sport into what it is today. Although women have been racing bicycles since the 1800s (just like men), the sport’s trajectory has not been as well documented. The overall development has consisted of many nascent events that flourished for a few years and then dwindled out due to lack of funding.

Thankfully, that seems to be changing! So, as we celebrate the opening of the first Tour de France Femmes avec Zwift—now seems like the perfect time to reflect on some of the iconic moments that have helped shape the sport into what it is today.

You can’t really talk about women’s cycling without paying homage to Beryl Burton—and for a good reason! A cycling pioneer through and through, she also managed to run a household and raise children while claiming 96 British national titles over a 30-year career. Those titles included 25 consecutive time-trial championships across four different decades.

One of her finest moments, though, happened in 1967 when she set a new record for both women and men in the 12-hour time trial. An event just as treacherous as the name implies, Burton ended up passing 99 men to take the top spot. Second place in the event was Mike McNamara who was on his way to breaking the men’s record. Ever the good sportswoman, as she passed him, Burton offered him a liquorice drop by way of consolation. Nicely done, Beryl!

The 1984 Olympics marked the first time a cycling event had ever been included for women and, in a testament to the fact that there has long been an appetite for women’s racing, an estimated 200,000 people were there to catch the action. There were 45 riders at the start, with France’s Jeannie Longo as the clear favourite. However, when her chain came off in a tight sprint to the line, it became anyone’s race.

Coming to the finish, it looked like Rebbecca Twigg was going to take it. That was before Connie Carpenter-Phinney came with a late surge, using a methodically executed bike throw to take the lead. After 49.9 miles of racing, Carpenter-Phinney had become the first woman to win a gold medal in Olympic cycling, capturing the honour by a mere six inches. The thrilling and unpredictable finish delighted fans and provided a taste of what we had to look forward to as the sport developed.

Nicole Cooke piles on the accolades in 2008

Another performance that belongs in the history books and helped pave the way for women’s cycling today was British rider Nicole Cooke’s 2008 season. She claimed victory at the Beijing Olympics and became the first British female athlete in history to win an Olympic gold medal in cycling. Not one to rest on her laurels, Cooke also became the first male or female cyclist of any nation to win the World Championship the same year after winning the Olympic gold medal. These impressive firsts achieved by the women’s racing squad helped confirm the fact that they needed to be taken seriously and that their program deserved and demanded investment.

Having now been called the world’s best bike racer on more than one occasion, it has been over a decade since Marianne Vos blew minds with her stunner of a season. A force to be reckoned with, her victories have come in four wholly different disciplines—road racing, track racing, mountain biking, and cyclocross. As a side note, it is worth mentioning that a man has never before approached this kind of dominance in four cycling disciplines.

Back to Vos, though! In 2012, the year of her 25th birthday, Vos won the Olympic road race, the world championship road race, the women’s Giro, and the World Cup. She was named cyclist of the year by several publications and played a critical role in putting women’s cycling on the map. Having taken a hiatus or two over the years, she is now back on her bike and looking as fierce as ever. In addition to her dominance on the bike, she has been a bold advocate for gender equity in the sport and fought tirelessly to support other women riders.

The final milestone that paved the way for the Tour de France Femmes was another iconic French race that the women had long been eager to tackle. Enduring Covid-related delays, it was only after more than a year of anticipation that the women’s peloton was finally able to race its own Paris-Roubaix. A shortened version of the men’s route, the women nevertheless had the opportunity to race on slick muddy cobbles thanks to a timely dose of rain. With 80 km still to race, Deignan was the first rider to hit the first cobbled sector, and by the end, she had a lead she would maintain for the remainder of the race. Her triumph was a crucial moment for the women’s peloton and added significantly to the history and culture of the sport.

And now, in 2022, we are in the middle of one of the most exciting moments in women’s cycling history to date! The Tour de France Femmes avec Zwift is underway and, no surprise, has been a thrilling event to watch so far. The women’s peloton has fought long and hard to bring this dream to fruition, and we couldn’t be happier that it is finally here. With Lorena Wiebes and Marianne Vos claiming the first two stages, you can bet there will be plenty of more memorable moments to come. Stay tuned for a full recap when the winner is crowned on July 31st!